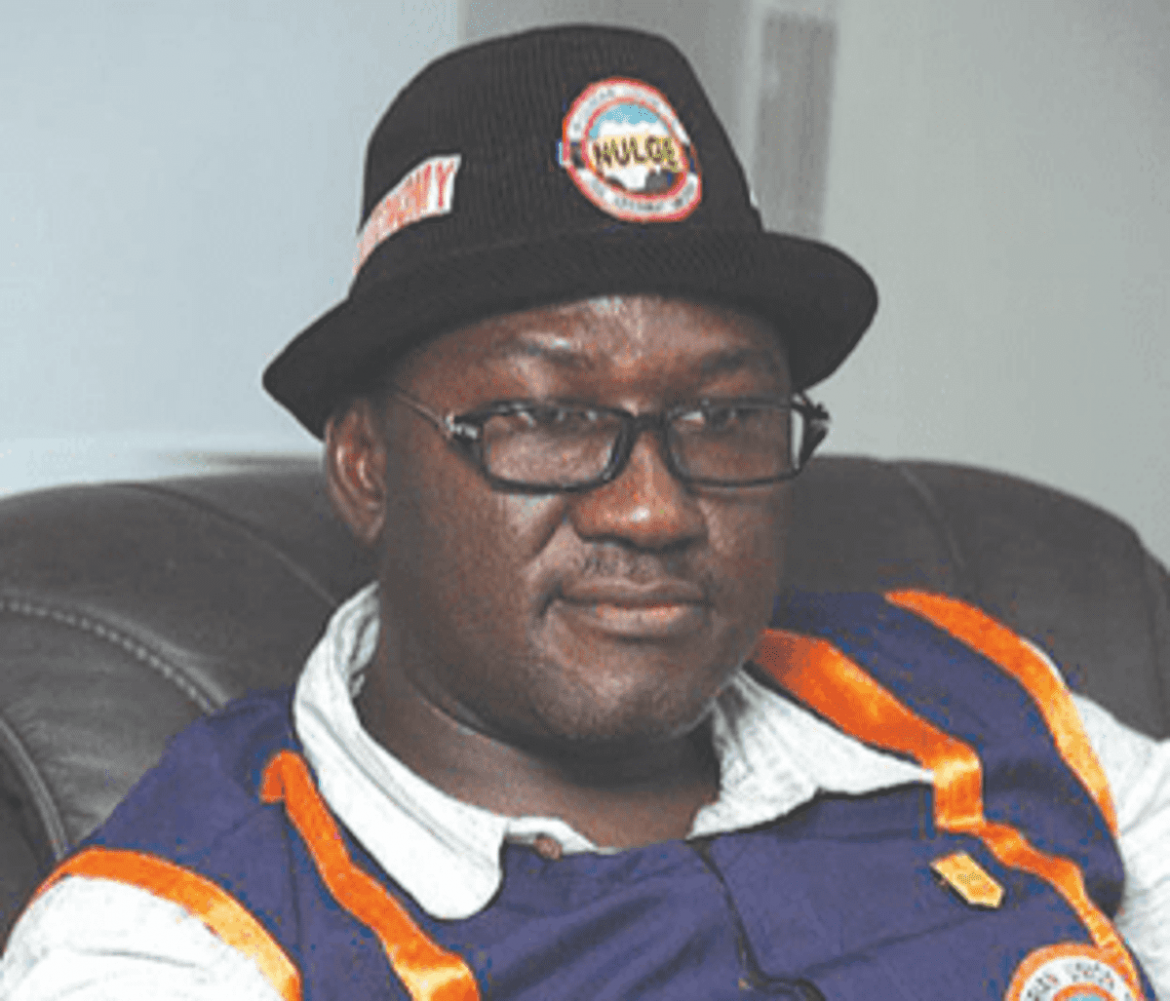 Comrade Ibrahim Khaleel who is also the National Treasurer of the Nigeria Labour Congress NLC died on Wednesday after he slumps and was rushed to National Hospital Abuja, where he was confirmed dead.

Kano NULGE President, Abdullahi Muhammad Gwarzo who confirmed the death on Wednesday night, said that the deceased would be buried in Wudil, local government area of Kano State on Thursday afternoon.

Ibrahim Khaleel also studied at National Institute for Policy and Strategic Studies (NIPSS), Kuru, in Plateau state, where he bagged,mni.

Until his death, he was a staff of Kano State Ministry of Local Government in Kano.

Governor Abdullahi Umar Ganduje of Kano state commiserates with the families, Nigeria Union of Local Governments Employees (NULGE) and Nigeria Labour Congress (NLC) over the death of the NULGE President Comrade Ibrahim Khaleel, who was also the National Treasurer of the NLC, who passed away yesterday Wednesday, in Abuja, the Federal Capital.

This was contained in a statement signed by the Chief Press Secretary to the Governor of Kano State, Abba Anwar on Thursday.

According to the statement, “The government and people of Kano state received the sudden death of our own, a freedom fighter and a dogged activist, the National President of the Nigeria Union of Local Governments Employees (NULGE), Ibrahim Khaleel, who passed away to Eternal Grace, with deepest sense of shock,”

Death, according to the governor, took him away when the country needed him the most, emphasizing that, “It is a great loss to unionism and labour industry across the nation and across other parts of Africa.”

While praying for Allah’s Forgiveness to the reposed soul of the NULGE late President, governor Ganduje prayed for the family, friends and other Comrades the fortitude to bear the loss. “May Allah forgive all his mistakes and reward his good deeds abundantly.”

“Not only local governments employees, all other trade unions in the country could attest to the fact that, Ibrahim Khaleel was an exemplary leader whose leadership style stemmed from his deep care and patriotic concern for his people,” he appreciated.

Since his activism from Kano state, Khaleel, according to the governor “…was a beacon of hope and flagship to many leading voices in the fight against injustice and urge for genuine worker welfarist state. The great mission he took to the national arena when he became the National President.”

Ganduje lamented that, a big vacuum was left in the struggle for welfare state for the Nigerian workers at all levels of governance. “What is needed now is for others to follow the footsteps of the late National President of NULGE,” the statemen concluded.

Disaster Management: A Review of Stakeholders Response Action to Covid-19, Flooding in Kano

Emir of Kaduna: A Political Ruse or Distinct Possibility?