Emir of Kaduna: A Political Ruse or Distinct Possibility? 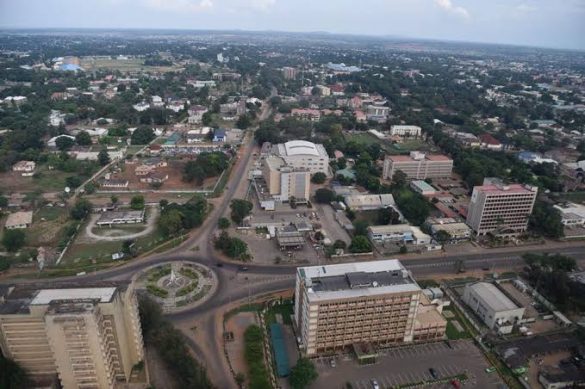 To paraphrase Winston Churchill the Kaduna can best be described as a; “A riddle wrapped in a mystery inside an enigma” This assertion is against the background of Governor Nasir el Rufai’s claim on Saturday, December 16, 2017 that; “Kaduna is a Borno city because the state’s first indigenous governor was Shettima Kashim Ibrahim who was also a title holder in Borno State. And we chose the present Shehu of Borno to lead today’s durbar because coincidentally, his grandfather led the first durbar in 1956 while his father led the FESTAC durbar in 1977.”

Malam el Rufai had spoken at the Centenary celebration of the founding of Kaduna by the British colonial administration in 1914. Yet here we are amidst the unsubstantiated clamor of an Emirate of Kaduna out of the existing Fulani surezainty of Zazzau!

It is often said there are no coincidences in politics and that if anything happens it is because it was exactly planned that way. If so how and why did the issue of the emir of Kaduna emanate? There are two possibilities albeit in the realm of speculation. First, is that Governor el Rufai embarked on a divide-and- conquer strategy. Simply put if the Zazzau emirate and its kingmakers don’t allow him appoint his choice for the vacant stool of Zaria, he would deconstruct the historical legacy of the competing princes by breaking it up into additional emirates including reportedly that of Kaduna. With benefit of hindsight if Muhammad Sanusi II had been “loyal” would Governor Ganduje have created other emirates Kano?

Second, there is a remote possibility of in the long term pulling off what the Premier of the North, Sir Ahmadu Bello, the late Sardauna of Sokoto had reportedly always wanted for Kaduna. In walking where Premier Bello did not tread, Governor el Rufai would have permanently etched himself into the political consciousness of the conservative flank of the core North. The fundamental question over the status, participation and full citizenship of non-Muslims under an Amir-ul Mumineen in Kaduna however remains!

According to Dr. Shuaibu Shehu Aliyu of the History department of ABU Zaria; “If you look at the 1957 Kaduna Capital territory bill, there was the agitation of whether an emir should be created for Kaduna and on that issue, the northern regional government invited the then emir of Zazzau, Jafaru to discuss with him that they wanted to excise Kaduna to address some political challenges where the NEPU was mounting pressure within the Kaduna metropolis.”

Dr. Aliyu who is also the director, Arewa House in Kaduna continued; “On that basis, the then emir of Zazzau had agreed on the condition that an emir will never be appointed for Kaduna and on that they made it independent of Zaria Native Authority that is why we have the Magajin Gari or a sole administrator appointed for Kaduna capital territory.”

Kaduna actually reached its 100th year in 2014. If so, why mobilize over 3,000 colourfully decorated horses and camels that came out of the stables of only emirates in Northern Nigeria for a durbar 3 years later? Durbar is a British colonial import from India in form of an equestrian festival that marks the festivities of Eid al-Adha and Eid al-Fitri imposed on emirates across Northern Nigeria in 1911. The word is of Persian origin. The participating emirates in Governor el Rufai’s 2017 durbar were Borno, Kano, Bauchi, Katsina, Zazzau, Bida, Gombe, Hadejia, Misau and Keffi. Notice I listed them in what is known as “Order of Precedence” established by the Northern Region House of Chiefs during its session between March 20 and 26, 1957.

An emir is the head of an emirate which is a territory that is ruled by an Islamic leader, an Amir-ul Mumineen – Commander of the Faithful. Whereas in places like Dubai and Bahrain their emirates are sovereign political territories, in Nigeria emirates (and indeed any other chieftaincy across our 36 states and the FCT) have no specific constitutional role under the 1999 Constitution but are nevertheless recognized by the various tiers of government.

The Baraden Sokoto, later Sultan Ibrahim Dasuki led the comprehensive local government reforms of 1976 that abolished the Native Authority system completely defanging the emirates. Interestingly, that same year he established Miyetti Allah Cattle Breeders Association of Nigeria. Then the Land Use Act of 1978 was promulgated. Prior, emirates had land lordship over all land matters in their territories. Since then those powers have been vested in state governors and any FCT minister as the case maybe.

Why are emirs so exceedingly influential? It is because they were the first set of modern political leaders in the North under the Richards Constitution of 1946. The combination of traditional rulership and that of being the sole representatives of the Talakawa at the House of Chiefs in Kaduna was a powerful impetus for wealth, influence and power that has mestatisized over the decades. For instance, when the first Northern Executive Council was constituted under Sir Ahmadu Bello after the attainment of self-rule, out of its 21 members there was the Sultan of Sokoto, emirs of Kano and Katsina and the Aku Uka of Wukari.

By 1966 when the cabinet was dissolved it included those from the previous 9 years expanded to include Wazirin Katsina, Sarkin Fadan Zazzau, Magatakardan Sokoto, Zanna Dujima of Borno, Wamban Daura, Turakin Zazzau and Walin Muri and Sarkin Fillani Ja’idanawa.

Power has its rhythms and patterns and those who yield it have to be endlessly inventive to remain permanently relevant. It is therefore not surprising that the emirate operators in Northern Nigeria were among those who foresaw the future potential of military leadership in Nigeria. A prime example – the advice for the choice of a military career for General Buhari came from Muhammadu Sanusi I.

In Mr. President own words, he recounted; “The Emir of Kano told one of us that if soldiers could overthrow a line of kings descended directly from the Prophet it could happen anywhere. So, we should go and join the army.” See Shehu Musa Yar’adua: A Life of Service written by Jacqueline W Farris (2004).

What is the enabling environment that has been sustaining the emirate system? Feudalism in Arewa is based on influence peddling and the assimilating power of the Hausa language and culture based on; “a clientele relationship (which) provided for patronage, economic security and protection in exchange for personal loyalty and obedience. In this partnership of un-equals, influential officials enjoyed the allegiance of the less influential people below them and owed allegiance to a more influential person above” Simply put an entrenched system of “Ubangida” – under which every one must have a godfather of sorts. Then there is also a sustained atmosphere of religious solidarity.

In the South and across the Middle Belt of Nigeria is substantially unlike in the remnants of the Sokoto caliphate there is no historical basis for; “centralized authority, administrative machinery, or judicial and fiscal institutions that covered vast areas and cut across ethnic and geographical boundaries. Their segmented societies were like mini republics (or tribes) that lacked common ethnic identity, authority or legitimacy. Each one was a confederacy of communities and villages based upon lineage and kinship. Each lived on its own and was independent of others because the sense of tribal affinity and unity excluded all those who did not belong” This weak background of other major stakeholders in the Nigerian project is what largely accounts for the relative sagacity of the political core North.

It is important to note that when NEPU resisted the idea of an emir of Kaduna back in 1957 it was not only based political differences. The was also religious ideology involved; “The proponents of a revolutionary replacement (NEPU) were mainly the Islamic teachers (the Malam class) or the Tijaniyya Brotherhood, the “Attajirai” (the merchant class), the peasantry and a few educated groups. The Hausa formed a majority if this group with a strong base in Kano. There was a similar group in Borno called Borno Youth Movement (BYM) The ideological basis for these groups was derived from Islamic ethics. They advocated for the overthrow of the Fulani “Sarauta” (rule) which was viewed as corrupt, oppressive and un-Islamic in principles and illegitimate” See Religion and Political Culture in Kano by John Paden (1973).

The Premier of the North, Sir Ahmadu Bello however responded to the issue of emir of Kaduna with political consensus building which factored the Chief Joseph Tarka led United Middle Belt Congress (UMBC) into fray. This led to massive decamping of the likes of Pastor David Lot into Sardauna’s NPC including the member of the Northern House of Assembly representing Idoma West since 1954, Chief Abutu Obekpa that was made Minister for Kaduna Capital Territory thus politically weakening NEPU. This also made the Arewa capital a more cosmopolitan hub for all Northerners and indeed Nigerians. As el Rufai added in his 2017 durbar address; We celebrate, not because there have not been regrettable incidents in this city. We celebrate because the promise of Kaduna endures.”

I wish the newly appointed 19th Fulani Emir of Zazzau, Ambassador Ahmed Nuhu Bamalli a successful reign. May he use his exalted position to foster better inter communal relations in such a badly fractured state