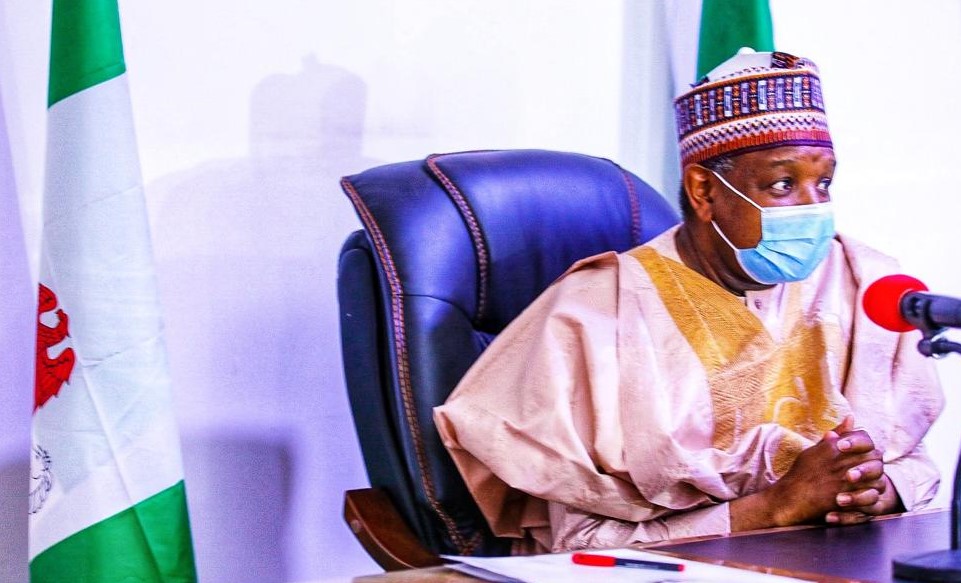 The Kebbi State Governor, Senator Abubakar Atiku Bagudu has extolled the invaluable contibutions of the Founding Fathers of Nigeria, for laying seamless and formidable foundation for the nation.

The Governor also noted that, if not for those relentless struggles of the Founding Fathers, the current unity of Nigeria would have been a mirage.

Bagudu made the commendation during his address to people of the state to mark Nigeria’s diamond Independence Anniversary Celebrations.

The governor appealed to the people to continue to fervently pray for the leaders as well as for the unity and development of the country.

He said inspite the problem of insurgency, covid-19 and climatic change the country made an appreciable progress in the provision of infrastructure nation wide.

Governor Bagudu pointed out that even with these problems, Kebbi State has recorded steady development in both human and infrastructural development

The Kebbi Governor further extolled the invaluable and tangible achievements recorded by President Muhammadu Buhari, in spite of insecurity and other challenges.

He averred ‘Inspite of all this, democracy has prospered, Nigeria has remained one strong, indivisible country under President Muhammdu Buhari ‘.

While again congratulating Nigerians on this great day, Bagudu noted that, a lot of achievements were also recorded, courtesy of democracy.

While dwelling on the recent flood which has affected the state, he said Kebbi State has so far accommodated no fewer than fifty-two thousand, nine hundred and fifty-six flood victims, in one hundred and seventy-five Internally Displaced Persons (IDPs), camps spread across the state.

According to the Governor, the figure does not include those displaced persons that squat with their neighbours, relatives and good will spirited individuals in all the areas affected.

Bagudu said: “The Kebbi State Emergency Relief Management Agency have so far provided to the displaced persons in all the Local Government Areas four (4) trucks each loaded with Rice, Maize, Guinea corn and Millet were given to each of the Local Government that are worst hit by the flood disaster.

“In trying period of this nature and magnitude, a deliberate and conscious efforts is what to do rather than lamenting the losses. The question now should be how do we ensure that we dont miss the planting season, how do we start keeping various animals, how do we help fishing grounds that are lost.

“These are all important. These are all elements of our agriculture. Recognition is important, dealing with it is important. We have some experience. Its not novel to us. Even in 2018, there was flooding that affected 14 states, the federal government intervened with N23 billion, seedlings and fertilisers input, but certainly, this scale is going to be bigger, but I believe with the right sensitisation many of us can support each other to ensure that its effect is minimal”.

“In terms of what need to be done to curtail future occurrence of the flood in the long-term, I advocate for holistic National Drainage Architecture which is going to cost billions of dollars.”

Bagudu further noted that, Kebbi State as one of the states in the country that suffered flood disaster over 250 km FADAMA plain rice producing belt was flooded by the overflow of River Rima

The governor explained that, infrastructural development, like provision of roads network, electrification, construction of bridges, culverts and erosion control projects have continuously received attention in fulfilment of our campaign promises.

Several kilometres of roads have been constructed all over the state.

We have strived to provide more infrastructure in the state capital including critical drainages.

“We have re-engineered and put to rest the issue of epileptic power supply in the state. We have completed the Yauri power sub-station that provides power to the people of Kebbi South”.

“The story is different today as over 60 communities have so far benefited from our rural and urban electrification programme in the last five years”.

“To encourage land and housing ownership, we have allocated 10 hectares of land at Gwadangaji to the Federal Government for its Mass Housing Project.

“Only last week, we also achieved another stride in housing development when we flagged off another mass housing project in partnership with African Nations Development Programme (ANDP) for the provision of mass housing for the poor and vulnerable across major cities in the state. “

On water supply, the Kebbi Governor stated that, his administration had expanded and renovated all broken down water supply schemes in various parts of the State, while it had provided motorized, solar operated boreholes as well as hand pumps and procured water treatment chemicals for clean and healthy water to Birnin Kebbi, Zuru, Argungu and Yauri.

Bagudu added: “As part of its policy to provide decent houses to people of the state, especially the less privileged, the Kebbi State Government has collaborated with African Nations Development Project (ANDP) to provide 5000 of 2-bedroom housing units across the state.

“The ground breaking ceremony for the Construction of five thousand houses which I performed on Friday 25th, September,2020 signalled the commencement of mass housing scheme in the state which the APC administration is religiously committed to achieving.”

He also stated that “The houses are to be distributed free to the beneficiaries, especially low-income earners when completed”.

“In order to ensure even distribution of housing as well as reduce the housing deficit being experienced in parts of the state, the 5000 housing units will be built in Argungu, Gwandu, Jega and Yauri Emirates.

“In an effort to enable cross section of the people of the state to own their houses also, the state government has completed plans to provide 21,000 plots of land to people so that they can build and own their houses.”

Bagudu further assured that, the state government was not unmindful of the increasing demand for houses amongst people and pledged that, prriority will be given to first time house owners.

He also added that necessary support will be given for private investment in housing to complement the efforts of the government in its quest to providing decent accommodation to people.

He noted that, the devastation caused by the recent flood disasters across the state had also increased the demand for houses.