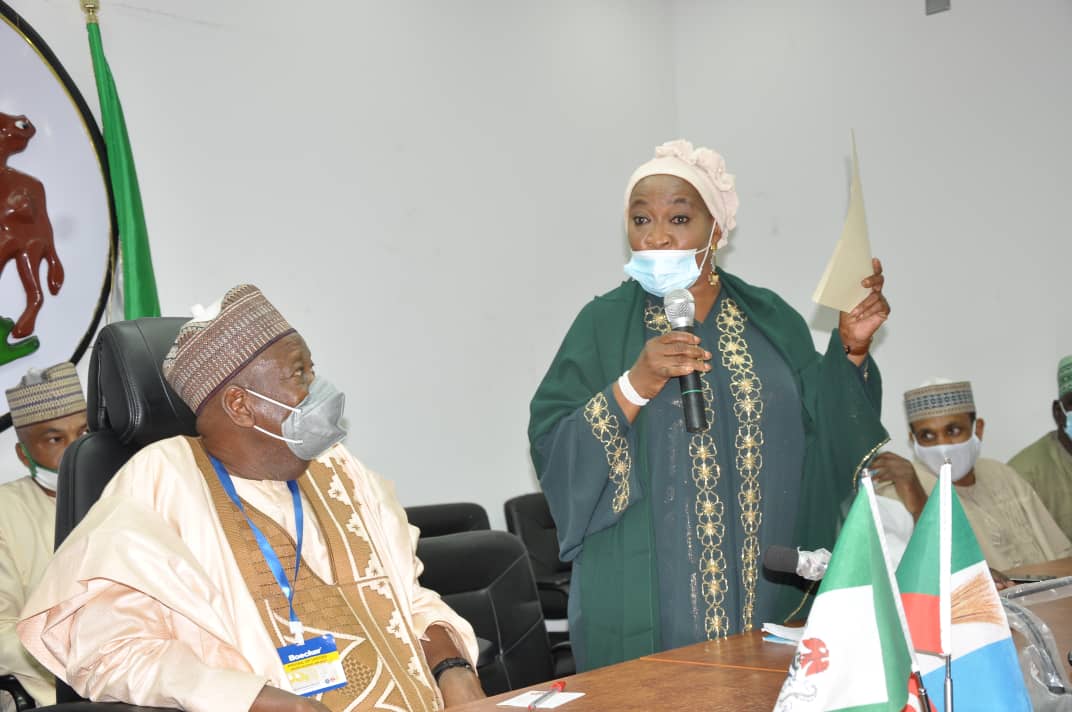 The National Association of Women Journalists (NAWOJ) rates governor Abdullahi Umar Ganduje of Kano state as the most gender sensitive governor in the country, adding that, his administration gives priority to women development.

The Chief Press Secretary to the Governor of Kano State, Abba Anwar in a press statement he signed on Thursday, 1st October, 2020 stated that the National President of NAWOJ, Mrs Ifeyinwa Omowole, made the rating during a courtesy visit to the governor Umar Ganduje at Government House, Kano.

Mrs Omowole said “We have been to many states, we are not here to beg you to include women in governance, you have already done what we need, Sir; you even go beyond our expectations.

“You are giving sensitive positions to women in your administration. This is the state where we have woman as Head of Civil Service. There are 12 Permanent Secretaries. This is highly commendable,” she said.

According to the statement, Mrs Ifeyinwa Omowole commended Ganduje for his signature projects and called on other governors to replicate same in their state.

The National Secretary of NAWOJ, Mrs Ladi Bala said “In Kano it is projects upon projects. Projects everywhere. We are glad Your Excellency that you uphold the glory of women inclusion in governance.”

In his remark’s governor Ganduje disclosed that, “In Kano we have more women in administration than any other state. This was not done by accident. We examined our election very well and understood that women formed the significant percentage of the electorate. There were more women on queues.”

Governor Ganduje listed areas where his administration included women as partners in progress in his administration to include the inclusion of women in the training of youth on automobile motor mechanics, recruitment of over 1,000 women as teachers and hundreds of women benefited from the state empowerment programs, amongst others.