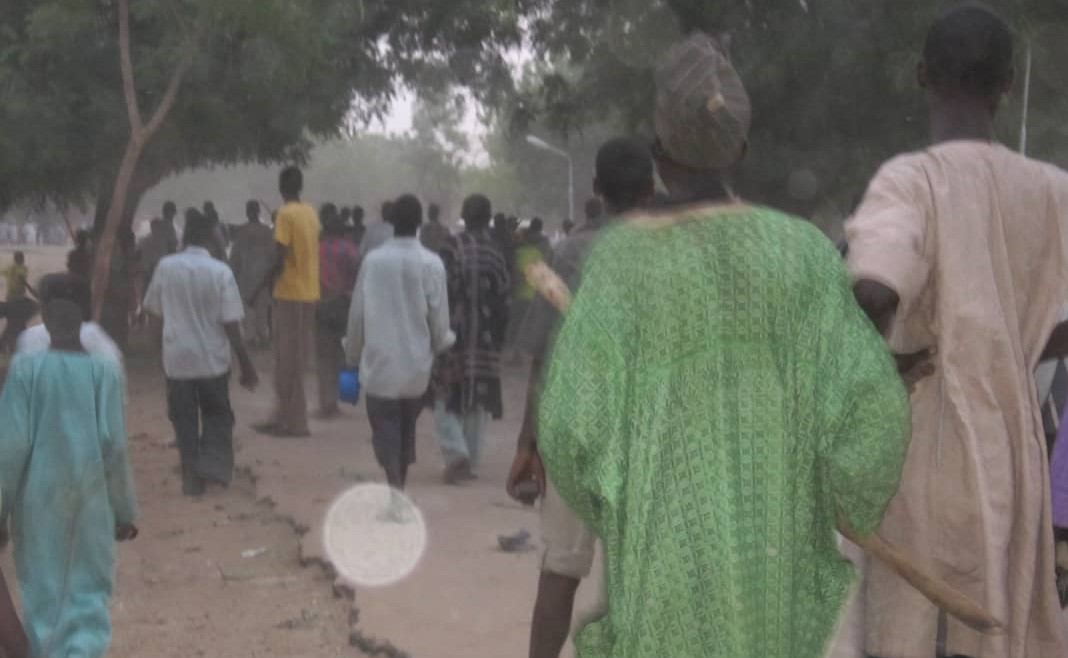 As flooding continue ravaging hundreds of communities in Jigawa state, some communities around Hadejia area have protested and accused the state government and other authority concern for lackadaisical attitude toward rescue them from the disaster.

The aggrieved communities have expressed dismay on alleged taken the advantage of their predicament to make fortunes by some government officials, describing the situation as inhumane.

During the community protest, the special adviser to the governor on community development Alhaji Hamza Mohammed together with a team of State Emergency Management Authority (SEMA) escaped death when a mob of angry youths attack them while conducting flood assessment in the area.

The angry youth accused the officials for conducting the flood assessment not in the interest of the victims but aims at securing grants from the federal government and other donors which would never get to the people.

In the same vain, Hadejia Emirate Development Association (HEDA) has lends its voice to those criticising government for not doing what it takes against the perennial flooding that has been causing untold hardship to people living in Hadejia local government area of Jigawa state.

Speaking through its chairman Alhaji Abdullahi Sarki Kafinta, HEDA expressed dismay towards the lackadaisical attitude of government toward addressing the perennial occurrence of water flooding the area.

In a swift reaction, Governor Muhammad Badaru Abubakar of the state described protest as politically motivated and engineered by miscreant politician in area.

He said, it is not possible for a right-thinking person to attack some one who came to assist him to get out of the disaster striking his community.

Governor Badaru insisted that, his government is doing all its required to assist the victims and also collaborating with federal government to find a lasting solution to the over 50 years perennial flooding in the state.

According to the Executive Secretary, State Emergency Management Agency (SEMA) Alhaji Yusif Sani said, over 30 people were confirmed dead, over 50,000 families were displaced while hundred thousand hectares of farm produce worth hundreds million of Naira washed away by the flooding across the state.

No Going Back on Demolition of 200 Houses Blocking Drainage in Onitsha...