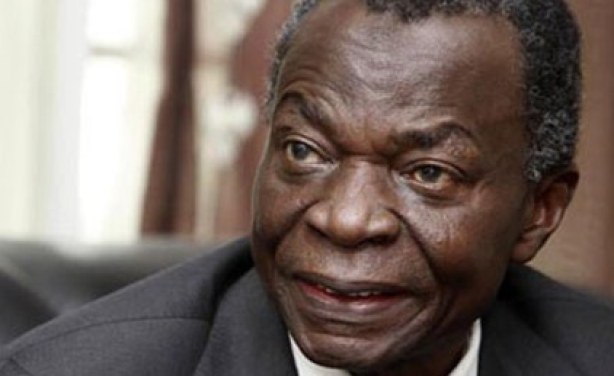 My attention has been drawn to the false and mischievous reports circulating in the media about my purported regrets as Chairman of the Judicial Commission of Inquiry investigating the suspended chairman of the EFCC, Ibrahim Magu.

Ordinarily, I would not have dignified the purveyors of this falsehood with any form of rebuttal, but the need to put the records straight and expose their barefaced lies has necessitated my response.

No claims can be further from the truth than the outright falsehood contained in the said reports.

The reports were a figment of the wild imagination of the reporter, the two lawyers quoted as his sources, and the medium that published the story. There was no time anything near the unthinkable scenario painted in the false story occurred in any meeting between myself and the lawyers to Magu or any other person, for that matter, since the Judicial Commission of Inquiry began its sittings.

I have no cause to express any regret over my Chairmanship of the Commission, not to talk of betraying any form of emotion before anyone about it. I see my appointment to serve as the Chairman of the Commission as an honour and call to service, thus my decision to accept diligently and patriotically this responsibility.

I have never appointed any of the two lawyers or any other person(s) to speak on my behalf, as I can express myself without recourse to the lawyers of the persons we are probing. As an eminent jurist, who retired as the President of the Court of Appeal, I have handled much more complex cases than the current one before the Commission.

There is no doubt that the false reports were aimed at causing mischief and tarnishing my hard-earned reputation and integrity. I remain resolute and committed to the service of the nation and ready to champion the ideals of justice and fairness.

I want to put out that such wild claims against me and the Commission are not strange to me, given the manner in which lawyers to Magu have been crying on in the conduct of their client’s case before the Commission. Planting such lies in the media about proceedings at the panel has been their pastime. They believe that it is by engaging in such media propaganda against the Commission that their client can be easily absolved of the various allegations that have been brought against him.

I want to state here that these type of lies and blackmail will not deter me and other members of the Commission from discharging our duty conscientiously.

I urge Nigerians to disregard the falsehood contained in the viral reports. No amount of propaganda can dampen my spirit and that of the members of the Commission.

I also want to assure Nigerians that the Judicial Commission of Inquiry which I chair, will continue its thorough investigation of the allegations against the suspended Acting EFCC Chairman with a view to unearthing the truth and ensuring justice is manifestly done.

The Nigerian press is hereby implored to respect and uphold the sanctity of the tenets of ethical journalism practice of verification of information, balancing reports, and contacting appropriate sources before publishing their reports in the spirit of patriotism and National Interest.