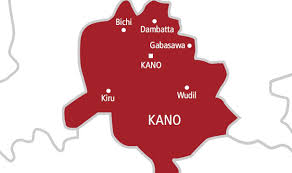 Kumbotso legislative local government council in Kano state has suspended the Council’s Chairman Alh. Kabiru Ado Panshekara for 14 months over an alleged embezzlement of the council’s funds to the tune of N177million.

The councillors passed vote of confidence on the council’s vice chairman Alh. Sagir AbdulKadir Panshekara to take over the leadership of the council pending the conclusion of the investigation against the embattled chairman.

Seven out of eight council members of the Local Government Area suspended the Chairman for 14 months, a duration that coincides with the expiration of his tenure.

The suspension is effective 31st October 2020.

In a letter of suspension signed by speaker of the council, Yusuf Ibrahim, stated that “the action of the legislative arm of the council is sequel to power vested on its as contained in part IV item (14)(1) of Kano state local government Law 2006”, recommended the removal or suspension of Chairman of the council.

According to the letter, the chairman was accused of rampant financial misappropriation including N90 million loading and uploading revenues generated by the council for two years, N54 million tenement rate in the last two years, N18 million released by state government in 2018 and another N15 million donated to the council by the Alh. Alhassan Dantata for the development of the council between 2019 and 2020.

The legislators also alleged that the chairman illegal disposed landed property belonging to the local government including the GSM Panshekara, Yankuba village in Chiranchi ward and Masallacin Idi in Kureken Sani.

The embattled chairman is presently facing corruption charges instituted by Kano anti- corruption agency on alleged diversion of food items meant for palliative to less privileged during the Covid-19 pandemic.

However, in his reaction, the Chairman, Panshekara insisted that he remains the Executive Chairman of the Council stressing that his sack did not follow due process.

Kano Monarch Urges EFCC to be Impartial in Discharging Their Duties