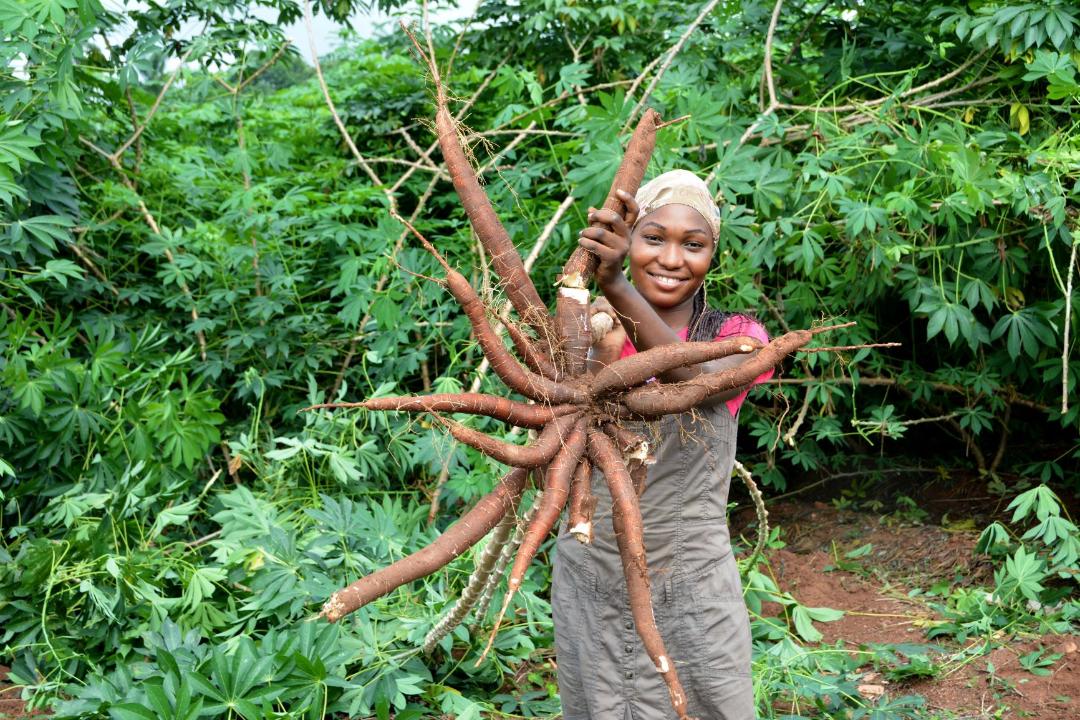 The Federal Government of Nigeria on Wednesday evening approved new names for 10 improved cassava varieties, as part of efforts to brand the root crop for easy identification, cultivation and marketing of cassava stems.

The Director, Federal Department of Agriculture, Mrs Karima Babanginda, who moved for the adoption of the names on behalf of the government of Nigeria described the move as a ‘welcome development.’

“Our farmers can now be able to identify the different cassava varieties,” Mrs Babanginda said.

Results on common names of the varieties from focus groups were collated and screened by an independent committee. The best three names that resonate with the market were subjected to voting by cassava farmers and names with the highest votes were finally picked.

In his welcome address, the Executive Director, National Root Crops Research Institute (NRCRI) Umudike, Prof. Ukpabi Joseph Ukpabi expressed optimism that the naming of varieties using common names would continue, stressing that “it will also help to change the game in the seed system of root and tuber crops in Nigeria and also serve as a model for other African countries.”

Re-echoing the significance of the event, IITA Deputy Director General (Partnerships for Delivery), Dr Kenton Dashiell noted that the re-naming of the varieties was imperative.

“It will help the cassava sector in a big way,” Dr Dashiell added.

The brand names mark a departure from codes that are usually handed to farmers by researchers and often difficult to memorize.

Prof. Chiedozie Egesi, Project Manager for NextGen Cassava Project observed that code names are hard to remember or confusing which can lead to loss of identity of a variety or mixtures in farms.

“Substituting the official names of the varieties with simpler or more relatable brand names will make farmers more familiar and closer to the varieties. From the BASICS-II project, two early generation seed companies, IITA GoSeed and Umudike Seeds, have been set up to ensure the production and commercialization of breeders and foundation seeds in a sustainable manner to ensure constant access to quality planting material of improved varieties,” he explained.

BASICS-II Project Manager, Prof Lateef Sanni said the variety naming would enhance the cassava stems promotion activities of the project since farmers would be able to identify and relate better with the new names, especially as the farmers also participated in the naming process.

All the varieties named are high yielding, Cassava Mosaic Disease-resistant and are in high demand by farmers.

The five-year Building an Economically Sustainable. Integrated Cassava Seed System, Phase 2, (BASICS-II) project aims to transform the cassava seed sector by promoting the dissemination of improved varieties thereby creating a community of seed entrepreneurs across the cassava value chain. The project will focus on Nigeria and Tanzania with spin off to other African Countries.

The Last Flight of Fat Albert 911