CSO Coalition to Unveil Most Transparent Public Institutions in Nigeria 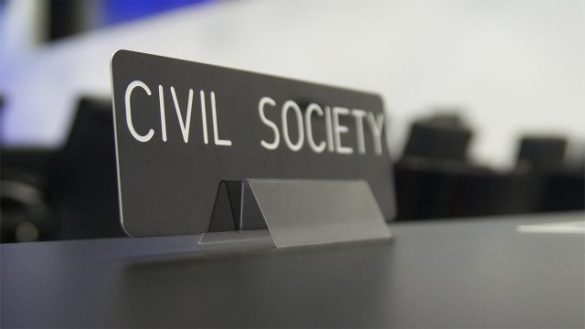 The most transparent public institutions in Nigeria over the last one year as well as the least open and responsive will be unveiled on September 28, 2020 at the second edition of the National Freedom of Information (FOI) Ranking scheduled to take place in Abuja as part of activities to commemorate the International Day for Universal Access to Information (IDUAI).

The Attorney-General of the Federation and Minister of Justice, Mr. Abubakar Malami (SAN), who also has oversight over all public institutions in Nigeria in the implementation of the FOI Act, is expected to be Special Guest of Honour at the event, which is co-organised by six civil society organisations, namely Basic Rights Watch (BRW), BudgIT, International Centre for Investigative Reporting (ICIR), Media Rights Agenda (MRA), Public and Private Development Centre (PPDC), and Right to Know (R2K).

PPDC’s Chief Executive Officer and Incoming Co-Chair of the Open Government Partnership (OGP) in Nigeria, Mrs. Nkemdilim Ilo, explained that the FOI Ranking initiative is aimed at promoting the effective implementation of the FOI Act in order to entrench a culture of transparency and accountability in public institutions in the country.

She said “the annual FOI Ranking assesses the level of compliance by public institutions with the FOI Act in terms of how responsive they are to requests for information from members of the public as well as the extent to which they are fulfilling their duties under the Act, including their proactive disclosure obligations. The objective of the ranking exercise is to encourage and motivate public institutions across various sectors to improve their compliance practices by showcasing the institutions’ compliance levels for each year in accordance with the requirements of the Act.”

Mrs. Ilo explained that a total of 213 public institutions, including some from the security sector, the Legislature and the Judiciary, were assessed based on a number of parameters which include their proactive disclosure practices, the speed with which they respond to requests for information, the level of disclosure, the provision of FOI training for their officials; whether they have designated and proactively published the contact details of  their FOI Desk Officers as well as their submission and disclosure of annual FOI implementation reports.

Besides Justice Minister Malami, other speakers expected at this year’s ranking include the Chairman of the House or Representatives Committee on FOI, Hon. Prince Cornelius N. Nnaji; and Mr. Edetaen Ojo, MRA’s Executive Director.

The 2020 edition of the International Day for Universal Access to Information will be the first international commemoration of the Day since its proclamation by the UN General Assembly at its 74th Session in New York last October. UN General Assembly in recognition of the significant role access to information plays in the development of a country. Prior to the proclamation, the General Conference of the United Nations Educational Scientific and Cultural Organization (UNESCO) had also adopted a resolution in November 2015 designating September 28 of every year as IDUAI.

Could There be a Low-cost and Simple Solution to Achieving Nigeria’s Development Goals?