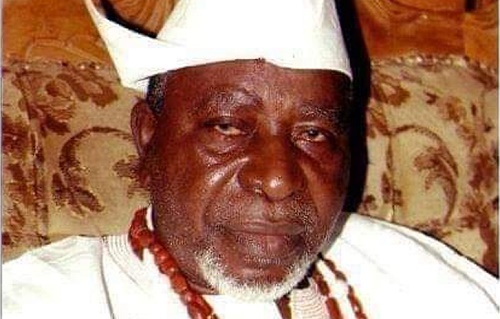 The Thespian who was the producer of the famous movie “Arelu” died Thursday morning at the Ekiti State University Teaching Hospital, Ado-Ekiti.

Jimoh Aliu, a former President of the Association of Nigerian Theatre Arts Practitioners(ANTP) was aged 81 years.

He is widely known to have attended the elementary school for just six months and born in mystifying circumstances.

His father, Aliu Fakoya, was an Muslim and Ifa priest who hailed from Oke-Imesi but his mother from Iloro-Ekiti.

Jimoh attended the old St. Peter Catholic Primary School Okemesi he was taught the art of divination by his father, as well as the use of herbs. When Jimoh was in Lagos, he learn the trade of bricklaying, tailoring and driving.

In 1959, Aliu joined the Ogungbe Theatre and remained there until 1966. With Ogungbe Theatre he toured almost all towns in old Western Region now Ogun, Oyo, Osun, Ondo and Ekiti.

In 1966, he left Ogungbe Theatre, and formed Jimoh Aliu Concert Party. This group was based in Ikare Akoko in Ondo State.

Jimoh is a highly respected classical Theatre Arts Practitioner with a passionate interest in the life of the community and its cultural heritage, as well as commentator on Nigeria culture abroad.

Chief Jimoh Aliu form a bridge between the old and the new Nigeria. He is an actor, scriptwriter, producer/director, singer, dancer and makeup artist, costumes and location designer.

He began his acting career in 1959, when Akin Ogungbe, a Nigerian veteran dramatist visited his hometown.

Aliu was formerly married to his colleague and Orisabunmi star, Folake Aremu, before they parted ways after 20 years of marriage. He is survived by two wives – Queen Bola and Folashade.

After years on the airwaves, he was honoured with a National Merit Award of Member of the Federal Republic (MFR) in December 2005.