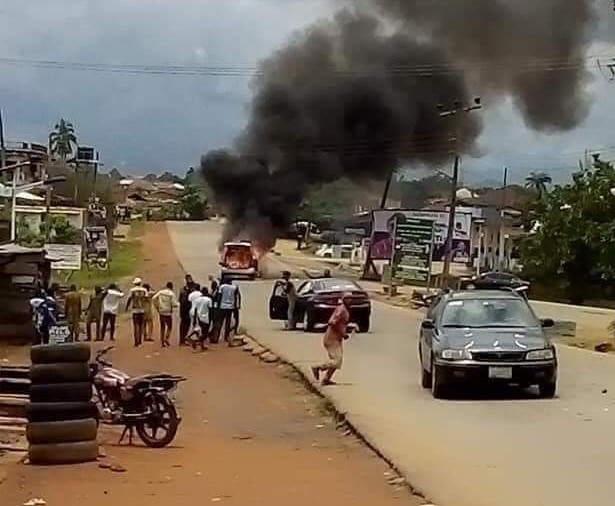 Tragedy struck in Ondo State as no fewer than eight persons were injured while vehicle was burnt when the supporters of the candidates of the All Progressives Congress in the October 10 Governorship election Mr Oluwarotimi Akeredolu and the Peoples Democratic Party Mr Eyitayo Jegede clashed.

The incident occurred at Oba Akoko in Akoko South West Local Government Area of the state when the convoy of Governor Rotimi Akeredolu met with the convoy of PDP candidate, Eyitayo Jegede, in the ancient town.

The incidence crippled the social and economic activities of the area for several hours.

To this end, the campaign organizations of the two candidates have pointed accusing fingers at each other.

The spokesperson of the Akeredolu/Ayedatiwa Campaign Organization, Mr Richard Olatunde, alleged that it was Jegede’s supporters that first attacked the Governor’s convoy which was on a campaign mission to the Akoko area of the state.

Reacting,in a press conference the candidate of PDP Mr Eyitayo Jegede described the scene as unpleasant and embarrassing.

Meanwhile image maker of the Ondo State Police Command Tee Leo Ikoro confirmed the tragedy calling on politicians to maintain peace during and after the election.