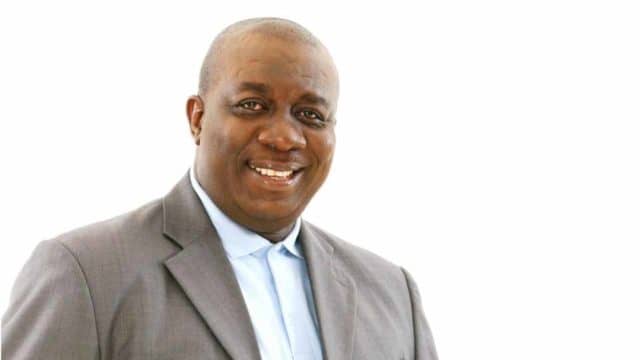 The Board of Trustees (BOT), Board of Patrons (BOP), Elders of the Association of Movie Producers, (AMP), and Nollywood stakeholders, on Saturday, September 12, 2020, under the special invitation of the BOT, met to review the two parallel elections of the association that were held in Asaba and Lagos on Saturday, August 29, 2020, which plunged the association into crisis.

A statement signed by Zeb Ejiro, Chairman BOT and Joe Dudun, Secretary, BOT said for the avoidance of doubt, the position of the BOT is that the election held in Lagos was out rightly illegal as it did not conform to any known norm of AMP, while the election held in Asaba breached the constitution and highly revered conventions of AMP in relation to the conduct of election, among other relevant matters, especially the publication of an eligible voters’ list that is mutually ratified by the contestants before the election – this was not done, hence necessitating the current impasse.

The emergence of two parallel Executives from these elections, which the BOT considered to be characterized by illegalities and breaches, made headlines in both traditional and social media and became an embarrassment to our hitherto peaceful and well respected Association.

The statement further stated that the BOT was therefore compelled to step in with a resolve to quickly bring about an amicable resolution of the dispute and to restore lasting peace to AMP.

Despite the illegalities and breaches that characterized the organization of these elections, the BOT was determined to employ waivers and persuasion where necessary to ensure a peaceful resolution of the crisis, it added.

According to the statement, to achieve this objective , the BOT invited the two Presidents that emerged from the elections urging each to come with one Adviser for consultation, where necessary, in the course of the meeting.

The meeting was held in an atmosphere of peace and the BOT at the end urged the two Presidents to meet and decide, on their own, how best the crisis could be resolved while stressing the need for sacrifices so that AMP is not enmeshed in a lingering crisis.

The purpose of leaving the two Presidents and their parallel executives to find the terms for peace is first and foremost to reduce the high wire tension that had enveloped the association.

It also said the BOT were convinced that their meeting would calm frayed nerves and reduce the visible enmity. Secondly and this is important, it is for the BOT not to be accused of any form of bias in the course of resolving the unprecedented crisis that AMP was faced with.

Therefore, the two parties were given a date to submit their decision or resolution to the BOT in the hope that the BOT would have no choice but to endorse it and a new AMP Executive will emerge without further rancour.

The right and power of the BOT to take the necessary steps to resolve the crisis is based on two premises:

(i) The BOT is the highest authority in AMP, and

(ii) The BOT is the only legally recognized organ of AMP in the event of the expiration of the tenure of an elected executive council (EXCO) and (or) absence of an appropriately constituted Executive Committee (EXCO), to step in, in times of crisis, to take over the affairs of the Association and take measures it deems best to restore a lasting peace.

Unfortunately, the deadline given the contending parties expired as they were unable to arrive at an amicable resolution of the crisis.

While the BOT was still trying to find ways to mend fences, a police case arose between the contending parties in the elections, thus taking the internal affairs of AMP outside the confines and structure of the association without exhausting the peaceful option made available by the BOT, the only organ with legitimate power to step in , in time of crisis .

This action of taking issues arising from a crisis-ridden election to the police sadly escalated the crisis and deepened the enmity, the statement added.

In the face of these heightened crisis, the BOT having consulted widely and having held the crucial meeting of Saturday, September 12, 2020, resolved as follows:

The statement also urged all AMP state executives and members nationwide to kindly understand that the BOT was compelled to take these measures in order to ensure the restoration of peace in our dear Association. We therefore crave your indulgence to support our quest for peace and unity in AMP and cooperate with the Caretaker Committee to help them actualize their mandate.