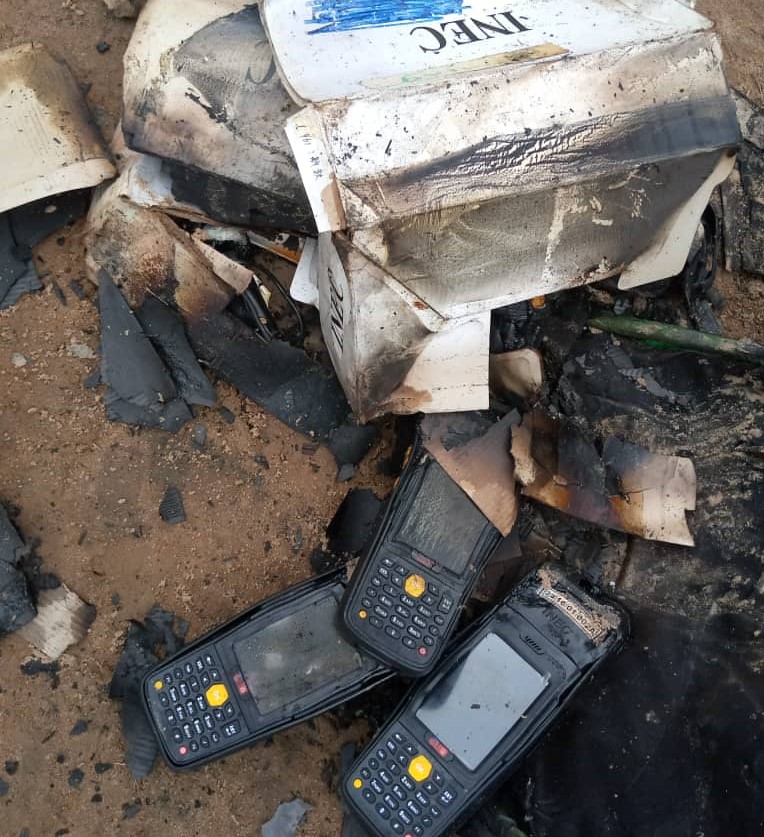 The fire incident caught the Ondo State Office of the Independent National Electoral Commission has been attributed to faulty electrical connection to where smart card readers were located.

The State Commissioner of Police, Bolaji Salami said the fire was not an act of saboteur as being speculated by some individuals and political parties.

The CP, security officials worked together with the fire fighters to arrival at this conclusion.

While fielding questions from journalists CP Salami reassure security of lives and properties in the next month governorship election in Ondo state.