Menu
Home Opinion Ganduje: A Unique Icon Among Others
Opinion 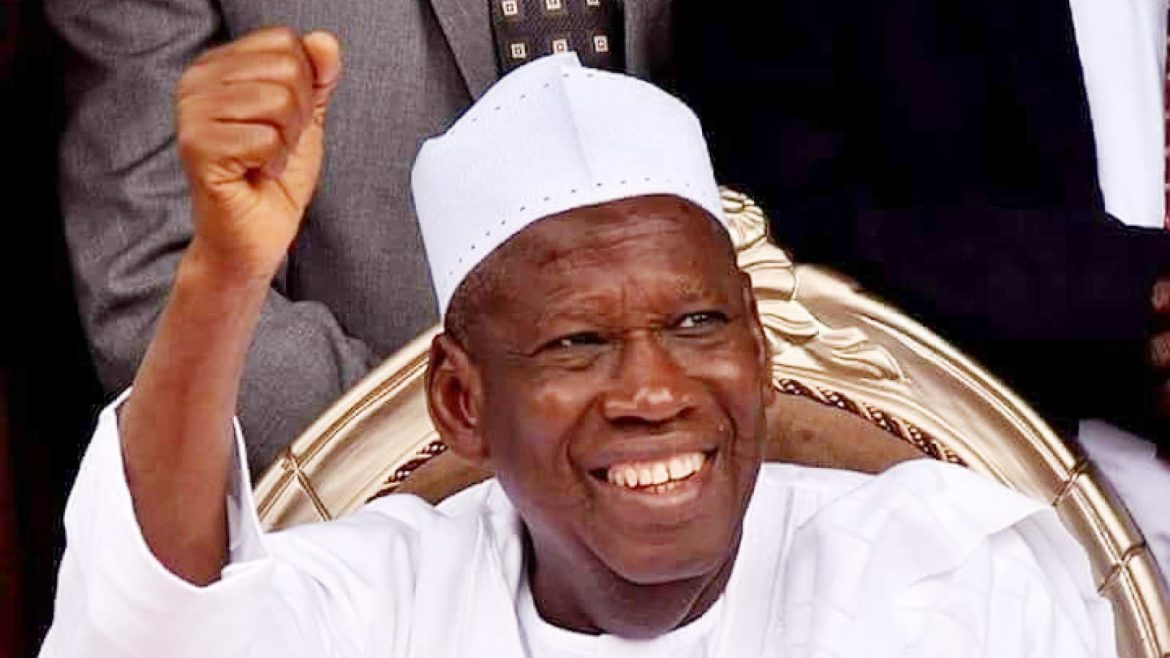 It is not an easy task to find a Governor with foresight and sincerity like Governor Abdullahi Umar Ganduje as well as having a Governor like him among his counterparts in the federation as he demonstrates himself in the execution of Physical development projects ahead of others, across his state.

Governor Ganduje plays no politics when talking of rendering selfless services to the people of the state thus leaving behind a history when compared to his equals.

Seeing is believing, Governor Ganduje has excelled in completing all the meaningful abandoned projects he inherited across the state as well as initiating and executing the new ones, for instance, Muhammadu Buhari specialist Hospital Giginyu Qtrs, by the then Governor of the State (now) Senator Ibrahim Shekarau, Sheikh Ishaqa Rabiu Memorial Hospital (Psychiatric) situated at zoo road also by Senator Ibrahim Shekarau, both projects were inherited by former governor, Engr. Rabiu Musa Kwankwaso but did not complete or even look at them until when Ganduje came and completed them and put them into use presently.

Other projects completed by Ganduje administration include the extra-ordinary flyover bridge and the largest in this part of the country situated at Murtala Muhammad way starting from near Kano Club road to near Triumph Publishing Company, where the governor inherited from the previous administration of Kwankwaso started and executed less than 20%, thus Gandujes effort to lead as expected of him, competed the project 100% of which is now put to use, thanks be to God.

Happiness and Pride of the People

The successes recorded by governor Abdullahi Umar Ganduje in physical development projects can be easily attributed to the foresight of governor Ganduje thus doing what should be done by appointing Engr. Muazu Magaji as the commissioner of works.

In less than a period of six months, Engr. Muazu Magaji (Dan Sarauniya) was able to make it in completing a number of abandoned projects across the state with the directive of the governor as well as continuing with other newly proposed projects all over the state.

It is not surprising, Engr. Muazu Mahaji is a celebrated and expert who excelled in doing good things right from the state level up to federal level and he is also a politician with a difference when talking of his counterparts.

Engr. Muazu is sincere who earns the praises even from his opponents who described him as an honest man who detests corruption and all sorts of vices. He is a devote muslim who acquires Islamic knowledge since his childhood to the extent you seldom hear him speaking bad language or telling lies as other elites, which is quite in the character of the people of Kano State who are predominantly Muslims, really Engr. Muazu distances himself from being greedy.

Concerning his excellent performance, Engr. Muazu Magaji (Dan Sarauniya) was relieved of his appointment as commissioner of works as directed by governor Ganduje without being found wanting or any conflict between him and the governor or being indicted for an office committed like dishonesty, theft or abuse of office, making it appear to the people of Kano State that the man Engr. Muazu Magaji is a man of high integrity.

His vast knowledge earns him prestigious stand among his likes as a seasoned hand in vocational and technology.

The story of this craftsman turned mechanical and petroleum engineer is that of Triumph of that with strong will to succeed in life and is purely divine act not ones actions, one can turn all obstacles to blessings. Muazus educational journey started with a humble beginning and moving to Bagauda technical college as craftsman & a technician bagging a trade test II & III, federal craft certificate, C&G of London institutes I & II and later finished from Kano state polytechnic with an upper class Diploma in mechanical Engineering and overall best graduation student, with an automatic employment.

He graduated with an upper second class honours degree in Mechanical Engineering after which he went back to Kano state Government as Head of maintenance in the Kano state printing press.

After few years of given back at the state level, Magaji has experience in government spanned decades of working both as civil servant and variously as public servant at federal and state level, he was seconded from shell international to help the federal government power sector reform after a successful assignment in Egypt where shell helped Egypt built a 12.000MW integrated power project.

In 2013 Magaji resigned from SURE-P position in the presidency and was in the same year appointed senior special Assistant to the then Kano state Governor on project, planning, monitoring and delivery in Kano state. After 2015 Muazu moved to private sector as vice president of platinum vault Group where he heads the Energy & Empowerment division until his appointment as commissioner of works & infrastructure, Kano State.

Since his Primary School days, Engr. Muazu Magaji excelled in doing right things he is known to his sincerity and honesty thus he was not accused of dishonesty and falsehood up to his public service he remains like that unchanged.

These steering qualities earn him pride from the people of the Kanawa as well as his commitment and dedication Engr. Lived an interesting life right from his childhood.

For these and many other reasons, this kind of personality Kano state people will need him to be the next number one citizen in order to continue with the good things he excelled in, as such we wish him the best in his future endeavors to be the good servant of the Kanawas.

Mustapha Shuaibu Koki can be reached on mustaphashuaibu77@gmail.com