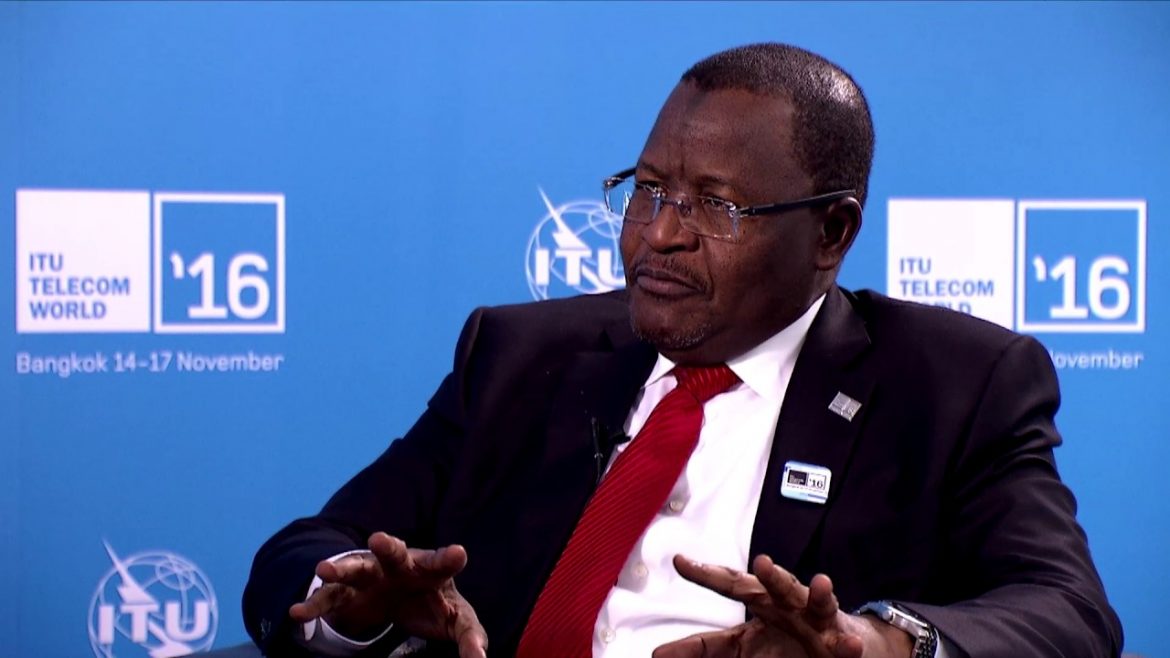 “No man who does not see vision will ever realize any high hope or undertake any high enterprise”- Woodrow Wilson.

To say that the re-appointed Executive Vice Chairman of the Nigerian Communication Commission, Professor Umaru Garba Danbatta is a goal getter would be to say the least. This astute achiever, since becoming the helmsman of the NCC and chief regulator of telecommunication industry has stayed committed to setting the organization and the industry on an unprecedented and irreversible growth path.

Danbatta was appointed, in the first instance, for a five-year term in office as the NCC’s Executive Vice Chairman and Chief Executive Officer, on August 4, 2015 and was subsequently confirmed by the Senate on November 25, 2015.

A man although he is tall, his accomplishment are taller than him. A man prepared to play the role of liberating, transforming and sanitizing the telecommunication industry for better efficiency. After a meritorious and eventful first tenure, Mr Danbatta’s re-appointment is a presidential vote of confidence as NCC under the professor witnessed tremendous transformation earning a reputation as a

Prof Danbatta’s ‘s master plan to transform NCC rekindles stakeholders hope in the role of the regulatory body responsible for creating an enabling environment for competition among operators in the industry as well as ensuring the provision of qualitative and efficient telecommunications services throughout the country.

That was indeed water shed for the sector and the industry which prior to the appointment of Danbatta have received a baggage of criticism from stake holders as a toothless regulatory agency that is helpless to ensure industry players at no time short charge their customers particularly by the telecommunication companies.

Before the unveiling of the NCC eight point agenda in 2015, the regulator  wielded a big stick on MTN for failure to comply with regulations.

The South African based telecom giant is was penalized for failing to register all subscribers as required by the regulator. NCC further accused the company of “overwhelming evidence of non-compliance and obvious disregards to the rule of engagement”.

In though the fine is yet to be paid as the matter is taken to court to adjudication, many Nigerians commended NCC for the bold step taken which the industry players cannot further take for granted as it used to be.

Danbatta’s visionary leadership has been hinged on NCC’ Strategic Vision Plan (SVP) for the fiscal years 2015-2020, focused on the 8-Point Agenda, the effective implementation of which has led to impressive broadband penetration which rose from a mere 6.0 percent in 2015 to 40.14 per cent in May, 2020.

Active Internet subscriptions also increased from 93 million to over 141 million currently during the period.

The number of active telephone subscribers also rose from 150 million in 2015 to 192.32 million in May 2020 with teledensity currently standing at 100.72 percent, following the rebasing the teledensity to 91 percent in March, 2019.

Danbatta’s stewardship in the last five years lead to the diligent implementation of NCC’s auspicious strategic 8-Point Agenda, which he put in place when he assumed office in 2015, provided the basis for most of the Commission’s achievements in the last five years, especially in the areas of service availability, accessibility and

The EVC’s outstanding achievements under him in the past five years and provided  relevant industry and macro-economic statistics to illuminate his efforts and strides in the areas of the sector’s contribution to Gross Domestic Product (GDP), Quality of Service (QoS) delivery, broadband infrastructure deployment, broadband penetration, effective spectrum utilization, consumer empowerment, technology

innovation as well as the Commission’s efforts with respect to curbing fraudulent Subscriber Identification  Module (SIM) registration and 112 Emergency Number towards ridding the country of insecurity, among others.

As part of  his renewed commitment to further accelerate the growth of the telecoms industry as the key driver of the country’s digital economy vision over the next five years the NCC under Prof. Umaru Danbatta has launched a Strategic Management Plan( SMP 2020 – 2024) is the visioning document of the Commission for planning, monitoring, analyzing, and assessment of the Commission to meet its goals and set objectives. It has five pillars, which include regulatory excellence,

Five critical success factors identified for the implementation of the Strategy include: ownership and commitment, effective communication, human resource capacity, development of and adherence to a strategy development manual; and implementation discipline.

The Executive Vice Chairman (EVC) of NCC, Prof. Umar Danbatta, noted that , the SMP is the fulcrum that will aid the NCC in driving its telecom regulatory mandate in the fast evolving telecoms industry, in the next five years. He said it will serve as a road map for the future of the Nigerian telecoms sector, taking into consideration the current and emerging trends in the industry and the numerous expectations of the diverse Stakeholders.

Among the numerous achievement of the EVC during his first stint in office are; speedy approval on the right of way given to telecoms companies for roll out following the intervention of the NCC. The engagement with states governors on the matter opened doors for opportunities for telecoms operators to rollout services in different part of the states. This helped in improving service quality, increased subscriber number and teledensity.

Also worthy of mention was the positive disruption by financial technology (FinTech) players who develop technology solutions that are propel financial transactions  as well as mobile money payment both supported by the infrastructure of telecoms operators .The NCC also played a major role in the sale of 9mobile which helped in stabilising the telecoms sector.

It is imperative to note that the reappointment of Prof.Danbatta as the Executive Vice Chairman by President Muhammadu Buhari shows the readiness of the administration to consolidate the modest achievements of the past five years by focusing on broadband penetration, consumer protection and empowerment, efficient resource utilisation, and facilitation of fibre infrastructure deployment.

Danyaro writes from Abuja and can be reach at ahmaddanyaro2017@gmail.com