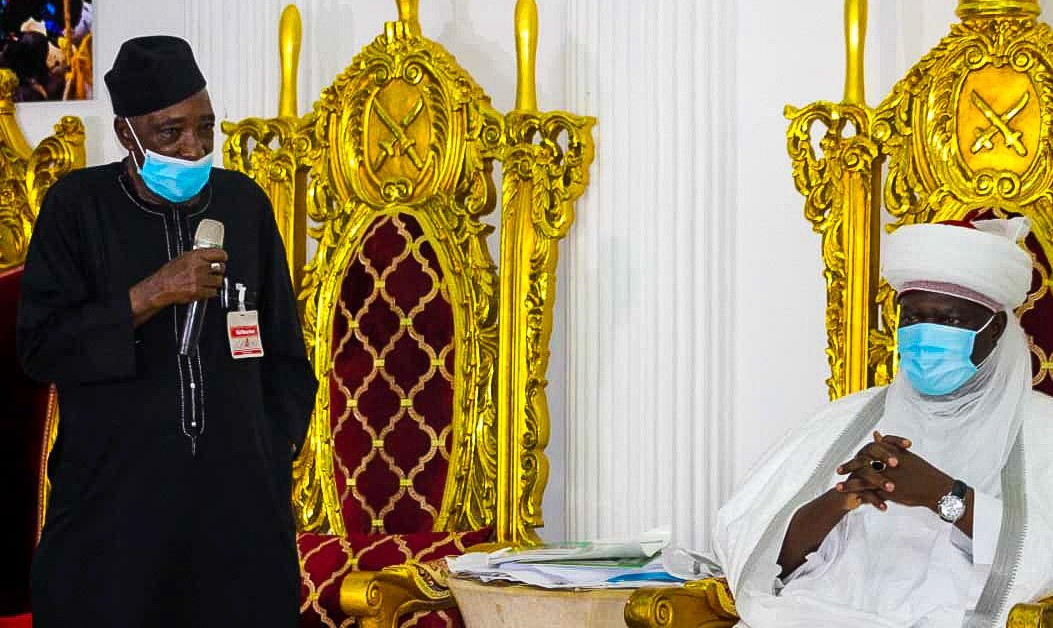 The President on during the weekend dispatched a high powered delegation,led by the Minister of Agriculture and Rural Development, Alhaji Sabo Nanono to commiserate with flood victims across the state .

At Matan Fadah in Argungu local government area Nanono said that, he was in the state on the directives of the President Muhammadu  Buhari, to commiserate with the government and people of the state,over the flood disaster.

“We will also go back to Abuja, compile our report and submit same the report .

“In Sha Allahu, the Federal Government will come to the aid of the victims, including those who have lost their livestock .”

Nanono appealed to the farmers not to be dissuaded and discouraged, just as he called on them to accept the disasters as inevitable acts of the Almighty Allah.

He said Efforts are also on to provide early maturing seeds of rice , maize and other food crops, to reduce the impact of the disasters on food security and the colossal losses to the farmers ,” the Minister, added.

Alhaji Nanono expressed shock with extent of the destruction by the floods to farmlands said the situation require prompt intervention to those affected.

The Minister assured the farmers that he would brief president Buhari on his return to Abuja while the Federal Ministry of Agriculture would also deliberate on the matter for quick intervention.

The minister commended governor Bagudu for his effective leadership in managing and mitigating the hardship of the disaster on people.

Responding, the Emir of Argungu, Alhaii Samaila Mera, lauded President Muhammadu Buhari for showing concerns to the plight of the flood victims in the state.

He also lauded the Governor for his efforts to ensure that, the flood disasters do not result in the skyrocketing of the prices of food items , occasioned by the submerging of farmlands in the state.

Mera however said,” As Muslims , we have faithfully accepted the disasters as inevitable acts of the Almighty Allah.”

He also informed the minister that farmers in the state lost farmlands, crops, animals and fishing ponds but commended them for their resilience and perverence.

Bagudu expressed appreciation to  Minister of Agriculture, the CBN and Rice Farmers Association of Nigeria (RIFAN) for coming to Kebbi to sympathise and begin process of mobilization to re-energize farmers in order to reignite cultivation towards recovering losses incurred.

The Governor affirmed the commitment of his administration to offering them necessary moral and material support to replant but solicited for further assistance from the federal government.

Earlier, the Chairman of Wheat farmers association in the state, Alhaji Abdullahi Argungu said 90 percent of the farmlands have been submerged by floods.

‘Farmers made the largest replanting of rice ever recorded in the state before flood water washed everything”, he lamented.

Argungu requested the federal government and authorities concerned to immediately provide the farmers with improved seeds of maize , cassava, potatoes and other varieties for planting instantaneously.

The Minister and his entourage after inspecting farmlands and areas devastated by floods in Argungu and Makera in Birnin Kebbi , rounded up the visit with a courtesy call on the emir of Gwandu, Alhaji Muhammdu Iliyasu Bashar .

The Emir of Gwandu and Chairman Kebbi State Council of Chiefs, Alhaji Muhammdu Iliyasu Bashar thanked the minister for the visit and the concern of the president over the sad situation in Kebbi.

Bashar extolled the effort of the governor in dealing with the flood situation.

He called on the victims not to loose hope and have faith in Allah.

The minister was accompanied on the visit by top management officials of the Federal Ministry of Agriculture and Rural Development.

No Going Back on Demolition of 200 Houses Blocking Drainage in Onitsha...