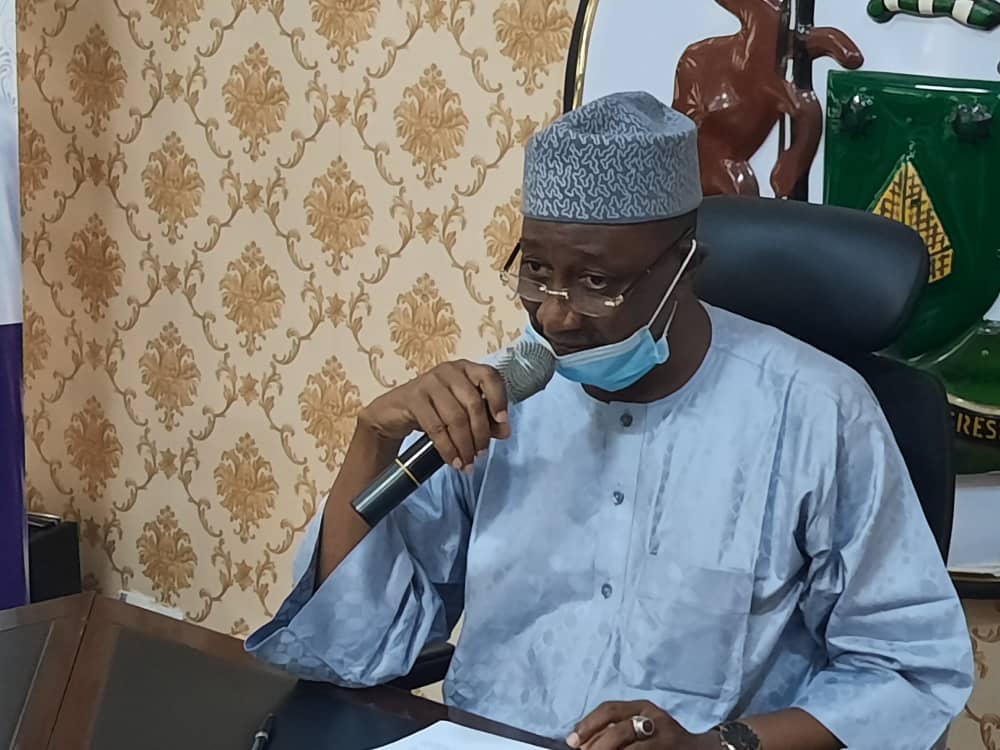 Kano state Executive Council has approved the sum of N9, 834, 917, 458.61 billion as budget estimate to be financed by the contributions of enrollees and other approved sources with N301, 855, 669.80 million for capital expenditure of the state Contributory Health-care Management Agency.

The state commissioner for Information, Malam Muhammad Garba who made the revelation during a press briefing on the outcome of the council’s meeting which held at Aminu Kano House, Asokoro, Abuja, said the approval was to enable successful conduct of its activities for improvement of health of the people of the state in its drive towards Universal Health Coverage.

He said the contributory health-care scheme has entered its third year of implementation and enrollees are happily accessing health-care in the engaged health facilities of their choices.

Malam Garba also said that the council has approved the implementation of the 2020 Saving One Million Lives Programme-for-Results (SMOL-PforR) work plan in the state which activities are estimated to cost N2, 301, 271, 504.00 billion.

The commissioner said that SMOL-PforR is a federal government lead initiative aimed at improving heath indicators on which implementation Kano state was awarded with a bonus price of $8.4 million following its performance as the best state among the North-Western states of the federation.

He also announced the council’s approval for the procurement of two Skyworkers and one skystairs at the cost of N65, 421, 062.44 million to the state Metropolitan Agency (KASMA) as part of steps being taken by the government to transforming the metropolitan Kano to its Megacity status.

The commissioner revealed that the council has approved the review of contract for flood control at St. Louis Secondary School, Sule Gaya road and Bompai Police Barracks from the initial contract sum of N40, 185, 236.33 million to N60, 226, 314.14 million to facilitate the smooth execution of the project.

Malam Garba said that as part of effort to actualize the state Independent power Project from Challawa and Tiga Dams, the council has approved a six months extension in respect of the consultancy services rendered by Messrs MBS Engineering Consultancy Services on power evacuation projects at the sum of N96, 578, 680.67 million.

He said the council has also approved the release of N63, 916, 365.76 million for award of contract for the construction and furnishing of a storey block of 12 offices and two conference rooms at the state Primary Health-care Management Board headquarters to improve health-care delivery in the state.

In a similar vein, he said, the council has approved the sum of N23, 205, 946.07 million for general renovation of physical structures at Science and Technical Schools Board headquarters that involves construction of physical planning and consultancy block, conference hall block, external work and general office furniture.

Malam Garba also stated that the council has also ratified the executive approval granted for the general repairs, renovation and provision of additional structures at the Psychiatric Hospital Dawanau at the total sum of N163, 019, 404, 89 million; furnishing/equipping of the upgraded Fagwalawa Cottage Hospital in Dambatta local government and the award of the contract to Vagare Investment Limited at the cost of N69, 908, 220.26 million.

The commissioner added that the extension was informed by the unforeseen COVID-19 pandemic resulting in low activities in most project sites in the state.

He said the council has approved the ratification of approval for the revised estimated total cost of the rehabilitation of Asphalt and Quarry Plant at Panisau at the cost of N39, 007, 499.95 million as additional cost of the project.

The commissioner also announced that the council has approved the revised estimate cost of N303, 680, 300.17 million for the asphaltic concrete overlay of Ganduje-Saye road awarded to Gerawa Global Nigeria Limited.