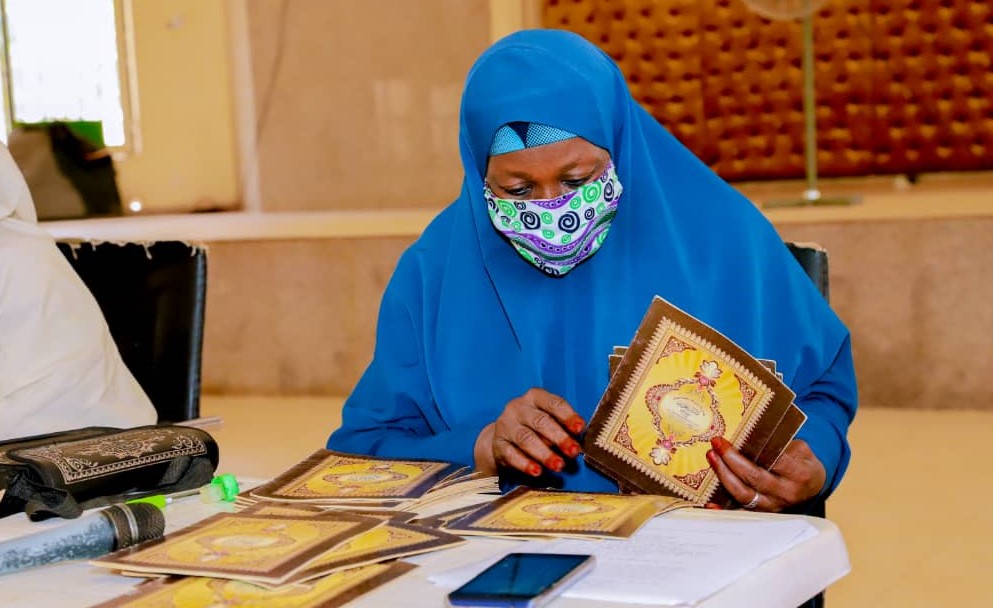 A three day joint Quranic recitation and prayers embarked upon by  women Islamic groups has been completed today in Kebbi state.

The recitation prayers which was jointly carried out by Muslim Women Organizations in the state is to appease God to salvage the people of the state and the nation from the calamities they are facing.

The 4 day intensive religious devotion which was conducted by Women Islamic organizations in the state which includes FOMWAN, MSSN, Women-in-Dawa, JTI, IMWON, and NAFSAT. Among others.

The recitation and prayers by the Islamic groups was facilitated by the wife of the Governor, Dr Zainab Shinkafi Bagudu, represented by the special Adviser to the

While commending FOMWAN and other groups , she called on Muslim Ummah to devote themselves to the service of Allah.

Speaking during the prayers, Kebbi state Amirah of FOMWAN, Malama Hauwa Abubakar, said they embarked on the prayers as  part of their contribution to the  state.

She also  stated that when calamities of this nature happened, it is always better to turn to the almighty Allah for repentance and forgiveness in order to have way out of it.

She therefore announced that such recitation of the holy Quran and prayers shall continue every week and prayed to Almighty Allah to accept their prayers and supplication.