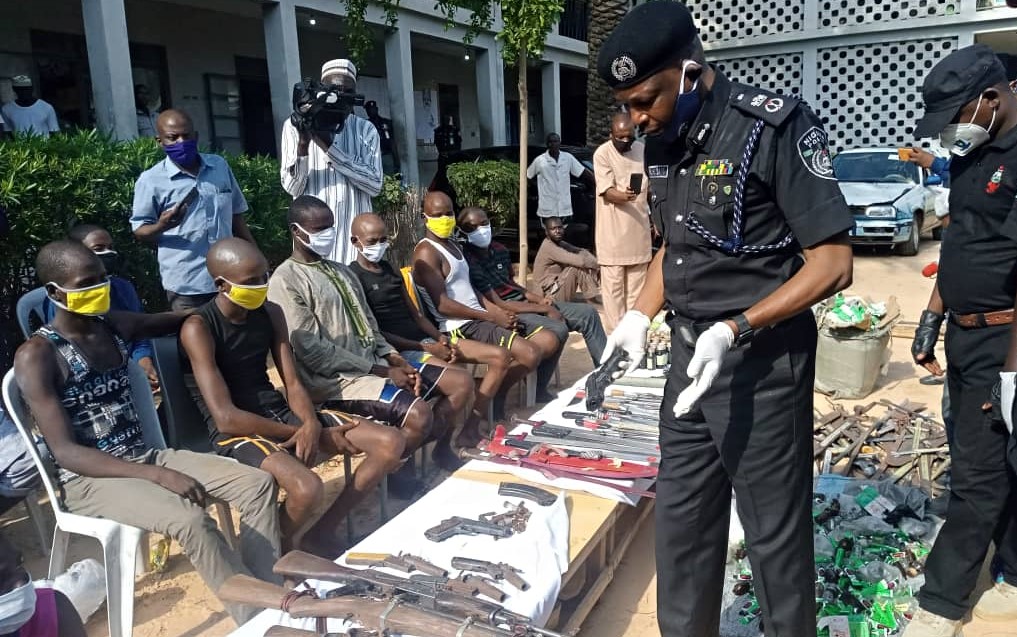 The Kano State Police Command said within the last six (6) weeks, from 23rd July, 2020 to 8th September, 2020 it has arrested Two Hundred and Fifty Nine (259) suspects for various crimes ranging from kidnapping, sim cards racketeering, car theft and armed robbery within and outside the state.

He said the arrests were made as part of efforts in fighting all forms of crimes in the State.

CP Habu sani said with sustained Puff-Adder Operations, Community Policing engagements and other crime fighting strategies, the Command has with vigour continued to execute its policing mandate, saying “we have made remarkable achievements in the course of policing the State”.

He maintained that the feat was achieved as a result of the strategies mentioned above under the guidance and directives of the Inspector General of Police, IGP Mohammed Abubakar Adamu, NPM, mni.

The command had also rescued four victims on solitary confinement and another four kidnapped victims, he added.

CP Habu Sani said with the period, Four (4) victims of Solitary Confinement, Four (4) Kidnapping Victims and One (1) Abduction Victim were rescued by the police.

We shall continue to remain committed and resolute in fulfilling our policing mandate in line with the vision and mission of the Inspector General of Police, IGP Mohammed Abubakar Adamu, NPM, mni, the CP said.

He commended Kano State Government and good people of Kano for their prayers, support, encouragement and cooperation, saying “by the grace of Almighty Allah, we will collectively work together in this era of community policing to surmount any emerging security challenge in the State for enhance internal security”.

Well….. all good work of the cops are shown to the Public, for that…..we hope all should be well at the hidden point as well.