Menu
Home Opinion Water No Get Enemy but…….
Opinion

Water No Get Enemy but……. 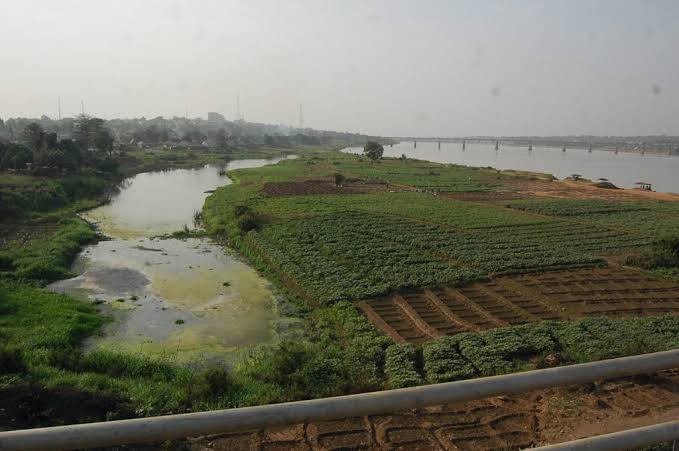 It is one thing to be a landlord yet entirely another to own water in Nigeria. In 2018, the Federal Government (FG) introduced an executive bill to the 8th National Assembly on the administration of Inland Waterways in Nigeria. The timing was awful because it came at the backdrop of the raging controversy over RUGA. Predictably, the bill was thrown out.

Now it is recently back on July 23, renamed Water Resources Bill 2020 whereby the FG seeks to take effective control and ownership of all surface and water and their surrounding areas including all underground waters in Nigeria.

That the FG would have its way on the bill is not in any doubt under the current 9th Assembly leadership; but what would be the political backlash and eventual collateral damage? My chief concern is Benue and Taraba States where there are existing Anti-Open Grazing legislation. This means what a state government bans, the FG could allow along waterways

This Makurdi scene aptly catches the dilemma as the proposed bill could ban farming along river banks and the islands that have so developed due to lack of dredging. Would such areas be appropriated by the FG to use as it deems fit perhaps to reintroduce RUGA through the back door?

This emerging scenario is what can best be described as “Trouble dey sleep and yanga wake am”. That notwithstanding the need for an integrated approach in the management of water resources in Nigeria cannot be reemphasized. The FG has a onerous responsibility; but does it also have a hidden agenda? My worry is the acrimony the reintroduced bill would potentially awake. The beauty of democracy is that the matter is still debatable. But what if it eventually sails through?

The best person to answer the question is Hon Godswill Akpabio who as then Senate Minority Leader thrashed the 2018 version of the executive bill. Now he is keeping an ominous silence as member of the Federal Executive. The opposition stalwart has now become a ruling party errand boy. That Akpabio and many that have crossed carpet would commit involuntary political suicide on the matter is already obvious.

Other Nigerians are even clueless of the dangers ahead. Meanwhile, some will remain neutral however eternal vigilance is the price we should all pay for our liberty in Nigeria.

The chief challenge in governance is managing perceptions – which is currently the chief responsibility of “Lai liability” so to speak. Whereas farmers have rights, herders must also be allowed to exercise theirs. How do we strike a balance? That should be the topic of our national conversation not smuggling the Water Resources Bill 2020.

“The darkest part of hell is reserved for those who maintain their neutrality in times of moral crisis” – Dante Alighieri.

What killed the RUGA proposal was the mischievous way it was to be foisted on Nigerians. The Water Resources Bill 2020 is apparently no different. But as they say; “You can force the horse to the well but you cannot force it to drink”