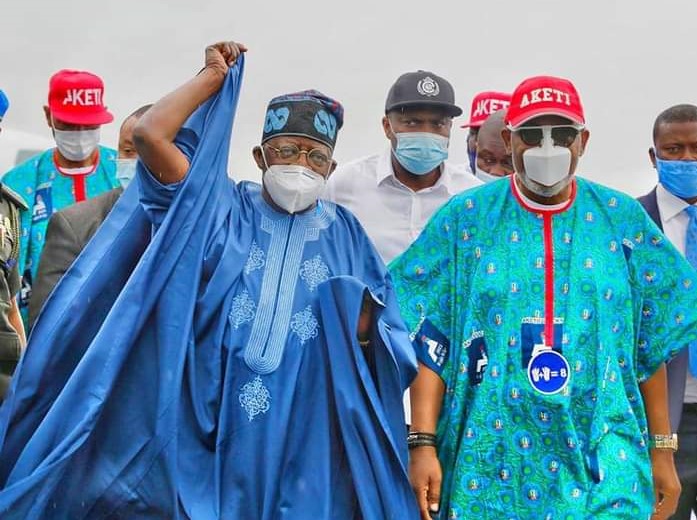 The Ondo state sports complex Akure, popularly known for football and other sporting activities was today agog on as the National Leader of the All Progressives Congress (APC); Asiwaju Bola Tinubu, Governors of the Party (APC) Ministers, members of the National Assembly, leaders of the APC, party faithfuls and other dignitaries attended the rally marking the flagging-off of Governor Oluwarotimi Akeredolu’s re-election campaign in Akure.

The Sports complex was filled up as the people of the state trooped out enmass to attend the rally despite the downpour which threatened the commencement of the event.

Minister for Transportation, Rt. Hon. Rotimi Ameachi, Minister of state for Petroleum, Timipre Silva, Minister of State for Niger Delta Affairs, Senator Tayo Alasoadura and other notable leaders were also at the event.

Speaking at the event, Governor Akeredolu promised to embark on more project that will better the lives of the people of the state.

The event also saw billionaire Jimoh Ibrahim and a former commissioner in the state Mr Femi Adekanbi and their supporters openly join the party from the People’s Democratic Party (PDP).

The Ondo state governorship election comes up on the 10th of October 2020.