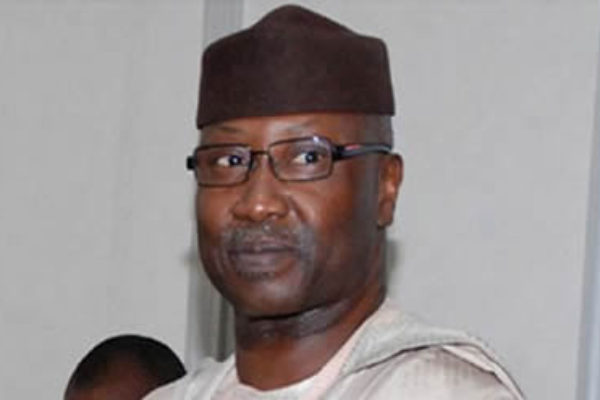 There is no doubt that many aspects of development by individuals have been fired and propelled by vision which is regarded as an indispensable ingredient and catalyst in the dynamics of human existence. This is why Woodrow Wilson once emphasized that “no one that does not see vision will ever realize any high hope or undertake any high enterprises”, a pragmatic statement reinforced by that of Ralph Waldo Emerson who said, “Where there is no vision, a people perish.

In this piece to mark my friend and brother’s birthday was not borne out of sheer vain glorious imaginations but I consider this a great opportunity to write about this great achiever. His political philosophy has no regard for sentiments. An harbinger of egalitarianism. His affinity with both the high and mighty and the downtrodden is second to none.

However, his qualitative leadership acumen and the sense of stewardship which Boss possesses has been established, at least, at the highest level. He goes down history lane as a disciplined public servant and politician with regard for the rule of law. He is an epitome of discipline, hard work, equity and fairness. A vivid reference point is the leadership qualities he exhibits, qualifies him as the genuine public servant reference of our time. Starting point for this piece naturally fails to align his achievements because they would be too many to mention.

The Secretary to the Government of the Federation is a amazing public servant with uncommon candour, whose sense of devotion to the administration remains a source of inspiration. Even as newly appointed SGF he is not only making the waves, but so entirely devoted to the well being of President Muhammadu Buhari’s (PMB) administration policies. In retrospect, the wise people were not wrong when
they say “a good tree shall be known by its fruit”. In fact he delivers on the mandate of the President as he has performed any assignment creditably and has exuded excellent exploits in the Office of the Secretary to the Government of the Federation.

His prevailing interest of the country could not be sacrificed either on the altar of political expediency or in pursuit of a narrow selfish agenda of those who operate the levers of power. He has demonstrated his true passion for issues concerning administration and country as a whole; he worked passionately to address matters of great concern of the administration as newly appointed Secretary to the Government of the Federation quickly earned a reputation as a true people’s servant, hard-working and brilliant.

Indeed, Ben Franklin was right when he asserted that honesty is the best policy in life and in public office. The celebrant is a very calm gentleman who does not revel in blowing his trumpet. But beneath that calmness lays a man who has distinguished himself, made and broken records and equally wakening the political consciousness of the people towards endorsing good governance.

History is full of testimonies, promises and antecedents that many important people across the world have been remembered for various reasons, and for becoming outstanding in human affairs, some for their simplicity, others for their generosity, many more for their compassion and still others for commendable act. SGF is a man of his words and amazingly bold; he means every word he says and goes for it. His statements are never taken for granted as are astonishingly translated into action for the good of the people. He commands a lot of respect from his colleagues and the people of his state largely due to the way he articulates his ideas and thoughts, each time he speaks people listen with rapt attention.

No one doubt, Boss Mustapha redefines any office he occupies and makes a mark. At the inception of civilian dispensation in 1999, he was appointed member of the Interim Management Committee (IMC) of the defunct Petroleum Trust Fund (PTF). From 2010 to 2013, he was appointed the Deputy National Chairman of the defunct Action Congress of Nigeria (ACN), he also played another critical role in the party which led to his appointment as the Deputy Director-General of the party’s Presidential Campaign Council.

Similarly Boss services remained in high demand after the defunct ACN joined forces with other progressive political parties in the country to birth a new political party called, the All Progressive Congress (APC) in 2013 and was later appointed Secretary of the APC Presidential Campaign Council in the 2015 Presidential Election as well as member of the APC Transition Committee. He is also a member of the ruling party’s Board of Trustees.

PMB’s administration appointed him Managing Director, Nigerian Inland Water Ways Authority and in 2017 he was appointed as the Secretary to the Government of the Federation. His achievements will continue placing him on a pedestal of excellence which few men have the rare privilege of stepping on to. In fact, he has not only revolutionized OSGF but turned around the fortunes of the office.

As SGF with impeccable disposition, simplicity and openness earned him the old adage “action speaks louder than words” and is one of the top public officials who stood firm to ensure that they are not swallowed by the position they occupy, or the power they muster, the chance they got, the excuses they may give, the financial status they may possess, and the institutions they may have as defenders .

The visionary public servant should be celebrated by all and sundry as Boss Mustapha clock 64years of valuable contribution to humanity and he is a personification of humanity, a selfless public servant and an uncommon Nigerian, who thinks more about the betterment of the country than of his own. wishing him sound health and wisdom to deliver on the mission of PMB’s administration for a greater Nigeria.