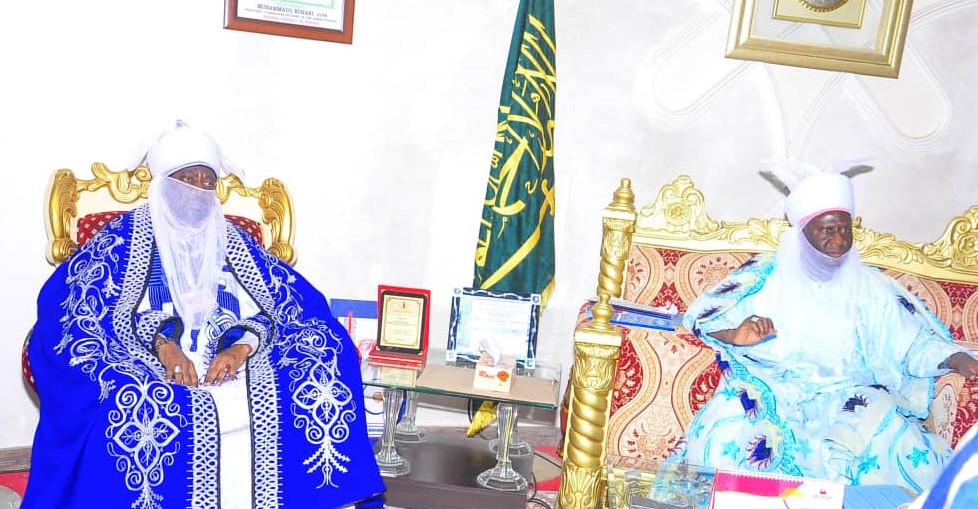 The Emir of Minna in Niger state Alhaji Umar Faruq Bahago described the established relationship between Kano and Minna Emirates as cordial and started from their forefathers.

The Emir stated this while receiving the emir of Kano Alhaji Aminu Ado Bayero on a familiarization visit at his palace.

Alhaji Umar Faruq Bahago revealed that history has shown the good and intimate relationship that existed between late Ado Bayero and his father during their life time hence the need for sustaining the tempo.

He commended the monarch for finding the time despite his tied schedule and poor road network and be at the palace alongside his powerful entourage.

Earlier, the emir of Kano Alhaji Aminu Ado Bayero said the rationale behind the visit was to show a deserving respect and solicit for emir’s support and cooperation in rebranding the traditional institution.

Alhaji Aminu Ado Bayero maintained that as nothing good will be achieved by going in isolation to team up will yield a positive outcome.

Similarly, the Emir paid respect visit to the military former Heads of state General Ibrahim Badamasi Babangida and General Abdulsalam Abubakar at their personal residences in Minna, the capital of Niger state.