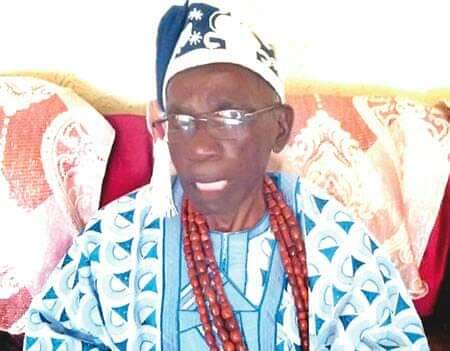 The Owa-Ale of Ikare in Akoko Northeast Local Government Area of Ondo State, Oba Samuel Kolapo Adegbite-Adedoyin has joined his ancestors at the age of 85.

It was reliably gathered that he passed on at his Ikare palace after reigning for 48years.

Although the palace is yet to officially announce his demise, it was learnt that Oba Adegbite-Adedoyin died of a brief illness.

Until his death, Owa-Ale was the President of a group of ondo state traditional rulers under 130 crown Obas and member of the State Council of Obas.

Stallion Times correspondent who visited Ikare Akoko observed that the people wore mournful looks as many people gathered at his palace.