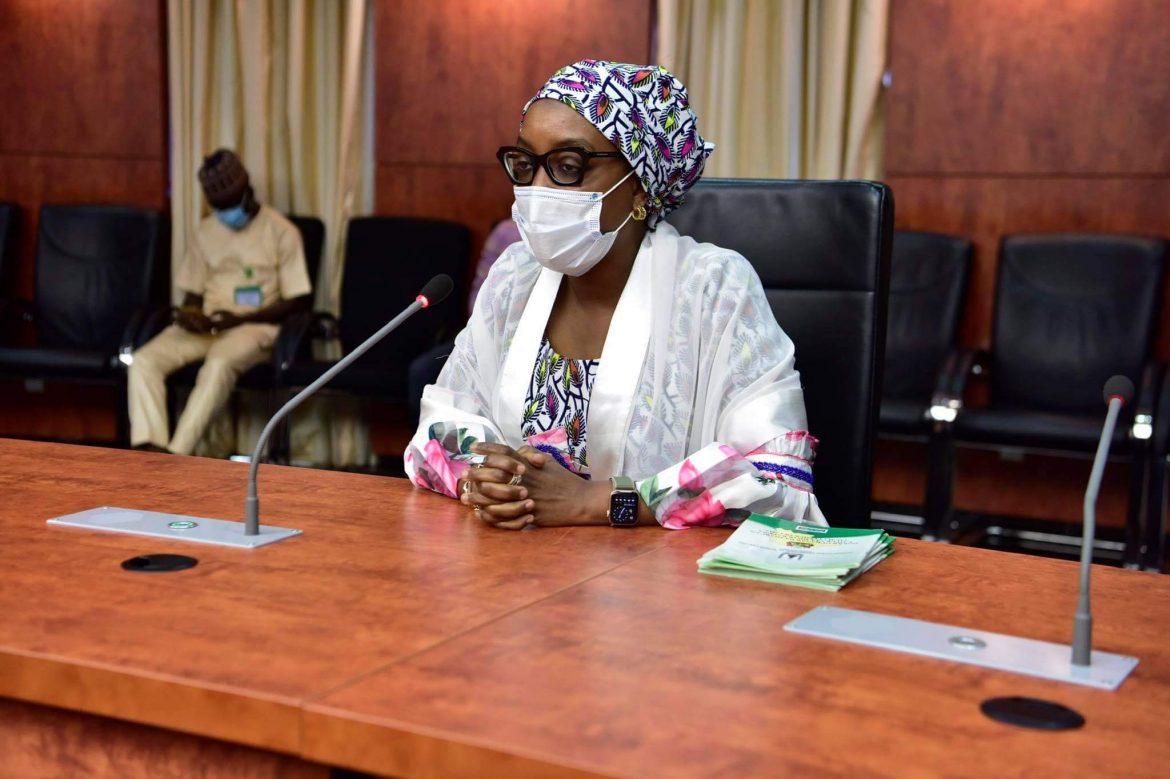 The Kaduna State Ministry of Justice has stated that the state government upholds fidelity to the law, for the purposes of upholding order and promoting peaceful coexistence and for advancing its governance reforms.

This includes strengthening the capacity of the justice system by appointing more magistrates, employing more lawyers and working with the NJC to increase the number of high court judges in the state, the government added.

In a statement signed by Aisha Dikko, the Attorney General and Commissioner of Justice, the Ministry of Justice refuted what it described as spurious allegations that were made by certain persons in a petition to the NBA.

She noted that the criminal cases mentioned “have a common thread of incitement and spreading false information which cannot be tolerated in any civilized community, not least in a state that has suffered from so much ethno-religious strife.”

She decried the tendency of the petitioners to personalize government, stating that “the cases mentioned in the NBA petition were filed by the Ministry of Justice as part of its statutory duty to enforce law and order.”

The Attorney-General stated that “a government that goes to court as the proper arena for deciding cases cannot be reasonably accused of not respecting the rule of law. Those who assert the contrary have the burden of showing how the rule of law can be advanced without the courts and whether society is better served by permitting license, or confusing incitement with freedom of speech.”

Refuting the specific allegations pertaining to the rule of law, the Attorney-General said that the state government has no idea of the whereabouts of, or has any involvement whatsoever in the reported abduction of Abubakar Idris Usman, also known as Dadiyata.

According to the Commissioner, it amounts to stretching the fact that Dadiyata was abducted within Kaduna State to mean the involvement of the state government in the matter.

“Every citizen that the state government has reason to suspect has been involved in incitement, injurious falsehood or criminal defamation has been appropriately charged before the courts and afforded due process,’’ she added.

The Attorney General pointed out that Kaduna State Government ‘’has neither filed any complaint against Mr. Usman with the police nor has it instituted a suit against him before the court.’’

Aisha Dikko recalled that Kaduna State Government has demonstrated its commitment to the rule of law and its first test was in July 2015, barely two months after the government took office, when a newspaper defamed the Governor.

According to the Commissioner, the Governor ‘’initiated this matter in his private capacity and it is being handled by his personal lawyer. This case is still in court, but it is not cited by the petitioners because it does not fit the pattern they were out to construct.’’

The statement also clarified the cases of Steven Kefason and Segun Onibiyo, which are pending before the Chief Magistrate Court and the High Court of Kaduna State respectively.

‘’Both cases stem from incitement and injurious falsehood committed around the matter of the unfortunate kidnap and demise of Agom Adara (HH Dr. Raphael Maiwada Galadima) in October 2018,’’Aisha Dikko added.

The Commissioner said that communal and religious crisis erupted in Kasuwan Magani, which led to loss of lives and properties in the area, prompting the government to impose 24 hours curfew in the area, adding that the crisis spread to Kaduna Metropolis due to rumors and fake news spread on social media platforms.

‘’The state government, in its efforts to restore peace and order, requested the police to arrest and investigate any person who is reasonably suspected to have instigated the crisis by posting or making false and inciting comments on social media platforms during the crisis.

“The police investigation revealed that a twitter account with the name @realkefason was one of the twitter accounts that had been spreading rumors, fake news and inciting disturbance during the communal and religious crisis in Kasuwan Magani, Kaduna Metropolis and the kidnapping and killing of the late Agom Adara.

“Similarly, police investigations revealed that a Facebook account with the name SMG Onibiyo was also one of the accounts that had been spreading rumors, fake news and inciting disturbance during the communal and religious crisis in Kasuwan Magani, Kaduna Metropolis and the kidnapping of the late Agom Adara,’’ she added.

‘’The facts are that on the 16th February 2019, while on Channels TV, he made serious allegations against the Governor of Kaduna state which were capable of inciting disturbance and the breakdown of law and order in the State.

‘’Consequently, the Director of Public Prosecutions, Ministry of Justice filed an application before the Chief Magistrate Court No.1 Ibrahim Taiwo Road, Kaduna state with case No. KMD/27DC/2019 for the issuance of criminal summons against Chidi Odinkalu for committing the offenses of inciting disturbance, injurious falsehood, public nuisance and furnishing false information punishable under sections 77, 373, 104 and 150 respectively of the Penal Code Law of Kaduna State, 2017, the statement added.

According to the Attorney General, ‘’the DPP applied for an order of the court, for the police to investigate the allegations against Mr. Odinkalu and report the outcome of the investigations to the court, an application that was granted by the court.’’

‘’Police commenced investigation into the case and invited him for questioning. He refused to honor the invitation and instead filed a notice of preliminary objection before the Chief Magistrate Court No.1 Ibrahim Taiwo Road, Kaduna State, challenging the jurisdiction of the Court.

‘’The State Government responded to the notice of preliminary objection by filing a counter affidavit and the court overruled his application and assumed jurisdiction to hear and determine the case,’’ she pointed out.

‘’Instead of appealing the ruling of the Chief Magistrate Court No. 1 Ibrahim Taiwo Road, Kaduna state, he filed an application for the enforcement of his fundamental rights before the Federal High Court, Abuja Division in suit No. FHC/ABJ/CS/1112/2019.

The statement further said that John Danfulani is facing trial before the Kaduna State High Court in Suit No. KDH/KAD/102C/2016 on a two-count charge of inciting disturbance and injurious falsehood punishable under Sections 114 and 393 of the Penal Code Law, for which he pleaded not guilty and was also granted bail by the court.

Aisha Dikko recalled that ‘’in December 2015, Dr. Danfulani posted on social media inciting statements against a certain ethnic group and religion, and it required concerted action to avert a breakdown of law and order at the state university where he was teaching. The case is still pending in court.’’

The Commissioner said that the cases of Luka Binniyat and Audu Maikori are before the Kaduna State High Court 2, with Charges Nos. KDH/KAD/41C/2017 and No. KDH/KAD/38C/2017 respectively.

‘’Early in 2017, Audu Maikori claimed in a tweet, that five students of the College of Education, Gidan-Waya, had been ambushed and killed by Fulani herdsmen. Based on Maikori’s false tweet, Luka Binniyat fabricated a news story in Vanguard newspaper, assigning names, place of origin and course of study to the alleged victims, including the claim that one of them was studying Mass Communication.

‘’Mr Binniyat’s case is adjourned to 22nd September 2020, for continuation of trial, while Mr. Maikori has failed to appear in court for arraignment in his case and the court has issued bench warrant against him,’’ the statement added.

The Attorney General pointed out that Kaduna state has appealed against the judgement of the Federal High Court which awarded damages in favour of Maikori over the circumstances of his arrest in Lagos by the police, who were executing the warrant of arrest.

The Commissioner said that Kaduna State Government wrote a complaint to the National President of the NBA in 2017 against Ms. Gloria Ballason’s remarks in an article, headlined When Government Kills, requesting the association to thoroughly investigate the issue and sanction her appropriately.

Attorney General Dikko pointed out that all the cases have a common thread of incitement and spreading false information which cannot be tolerated in any civilized community, not least in a state that has suffered from so much ethno-religious strife.

She argued that the government does not “have the luxury of indulging such conduct and will consistently do our duty to safeguard peaceful coexistence and uphold law and order by initiating prosecutions, leaving it to the courts to decide innocence or guilt.”