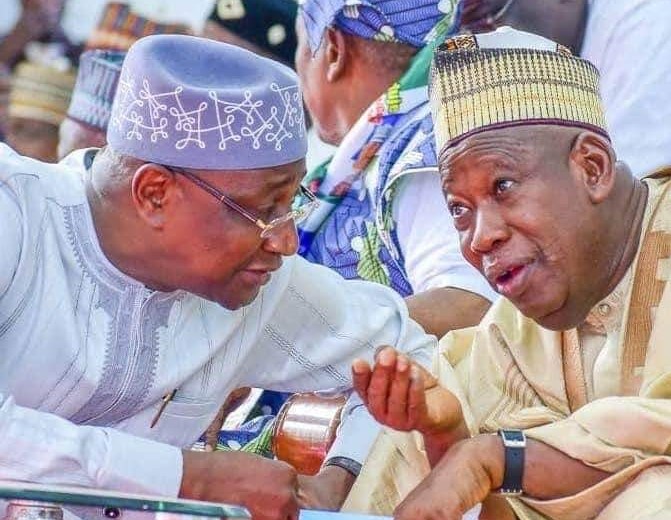 While one is filled with hope that it is relatively safe now to say that the administration of Governor Abdullahi Umar Ganduje is tenaciously fighting the war against the deadly Covid-19 pandemic, given the numerous measures adopted to cushion the impact of the ravaging disease, the response strategy, right from the beginning, is faced with many unnerving challenges.

This is in view of the fact that the virus is a new challenge to the global health and particularly to developing nations like ours. Some have even predicted that Kano, given its population and cosmopolitan nature will become Nigeria’s epicenter of the novel coronavirus pandemic considering the rising number of cases then which were attributed to the influx of people from states with confirmed cases of the virus into Kano. This has created community transmission with asymptomatic carriers.

With no personal protective equipment then except surgical masks and lack of knowledge of the proper protocols on the preventive measures, 50 health workers in the frontline were infected with the virus. Even the co-chair of the state Task Force on Covid-19, Prof. Abdulrazak Garba Habib and some other members were infected and have to be admitted to the isolation centre for treatment protocols.

This is in addition to the fact that from the onset many still think the coronavirus is a hoax, while others believe that a Covid-19 diagnosis is a death sentence, and do not want their neighbours to think they are infected. So they avoid being tested, and try to behave as if all is normal. They go to burials, and shake fellow mourners’ hands because it would be socially unacceptable not to. They shop, barefaced, in crowded markets and even hold soccer tournaments in the city.

It is also on record that Kano was one of the first state to decipher the threat even before it occurs and start planning ahead of the epidemic. It was followed by momentous pecuniary investments into preparedness and surveillance in collaboration with the Presidential Task Force (PTF) on Covid-19, Federal Ministry of Health (FMOH), state Ministry of Health and the Nigeria Center for Disease Control (NCDC), which have been working closely with partners and other stakeholders to coordinate and review the response strategies and implementation activities on a daily basis in order to effectually contain the spread of Covid-19.

Testing for Covid-19 was started in Kano on April 21 with only one testing lab which had to close due to contamination. At that time, samples have to be sent to Abuja for analysis where in the process, sometimes, the sample got contaminated. That itself caused delay in announcing how many positive cases have been detected in the state. A team of medical experts had to be deployed to Kano to facilitate in reopening the testing centre after it was fumigated.

In appreciation of the response strategy by the Ganduje administration, when he visited Kano as part of his assessment tour to the state to assess the state response to the pandemic, Director General of the NCDC, Dr Chikwe Ihekweazu, commended the state government’s response to the fight against the deadly Covid-19 pandemic in the state. The DG was also quoted to have said recently in an NTA’s Good Morning Nigeria, that Kano is testing more than any state in the country.

While the NCDC sets 100 benchmark of sample collection per state and with five molecular testing centres to enhance detection and effective response to the pandemic,  Kano state’s sample collection goes up to hundreds and strengthening and stabilizing the position also led to drastic drop of the pandemic in the state. Even with the five testing centres Kano still take some of its samples to Abuja for testing.

However, when I watched one of the televised daily Presidential Task Force on Covid-19 briefing by the Hon. Minister of Health, Dr. Osagie Ehanire, announcing that 60% of the “mysterious” deaths recorded at the peak period of the Covid-19 pandemic in Kano may have been triggered by or due to the virus, I find it difficult to fathom the report.

One is not surprised at this because, even while the investigation then had yet to commence, coordinator of the Ministerial Team on Covid-19 and Permanent Secretary, FMOH sent to Kano, Dr. Nasir Sani Gwarzo, an indigene of Kano state and medical epidemiologist, jumped to the conclusion that suggested that Covid-19 was the cause of the deaths. His claim was however, brushed by the minister of health when appeared before members of the House of Representatives during plenary. He told members of the Green Chamber that investigations into the deaths are of three streams and there is no result yet linking them to Covid-19. Ehanire even denied Gwarzo making that statement. Said he: “There was never a case of him (the task force coordinator) saying 80 per cent of people died from that or any other disease at all….The person did not ever say that the people died from coronavirus.”

Based on my understanding of how these collaborative efforts aimed at battling the deadly pandemic works, the FMOH ought to have share its final report with the government of Kano state before sharing it with the media.

That was what informed the decision by the government of Kano state to institute its combined team of experts from the state Ministry of Health and development partners, including the World Health Organization (WHO), National Centre for Disease Control (NCDC), AFENET and Lafiya Projects all under the under the leadership of Dr. Muktar A. Gadanya to undertake a study of the situation.

The report by the PTF team believed its “verbal autopsies” found that a total of 979 deaths were recorded in eight metropolitan local government areas in the state at a rate of 43 deaths per day, compared with the typical death rate of roughly 11 deaths per day, while the peak in deaths occurred in the second week of April, and that by the beginning of May, the death rate had gone back down to the normal rate.

However, the report of the team of experts by the Kano state government, which was presented to Governor Abdullahi Umar Ganduje, indicates that only 15.9 per cent of deaths recorded during the ugly incident between March and April has countered the comments made by the Minister of Health. While presenting the Mortality Review (Verbal Autopsy) findings by the Team, the Lead Consultant, Muktar Gadanya, a Professor of infectious diseases from Bayero University Kano (BUK), disputed the minister’s comments which was based on findings by the Ministerial Taskforce Team on COVID-19, led by Dr. Gwarzo, which earlier stated the large number of the mysterious deaths were caused by Covid-19.

The team of researchers discovered that about 1,774 deaths were recorded, but were able to trace the relatives of about 1604 of the deceased, which represented over 90 per cent of the total figure. He maintained that out of 1,604 cases traced, only 255 victims, representing 15.9 percent cases of deaths were linked to Covid-19 pandemic. The team, however, alluded the remaining deaths to diseases related to hypertension, diabetes, malaria and other commonly identified ailments, including self-medication by victims.

Available data on date of releasing the result of cases under review indicate that the highest case of 80 was recorded in the state on May 5, 2020, while there was zero case on July 4, 2020. Of the total 53 mortality rate recorded during the period under focus, nine patients died from the disease on the April 25.

Also, available data on date of releasing the result of cases under review indicate that the highest case of 80 was recorded in the state on the May 5, 2020, while there was zero case on July 4, 2020. Of the total 53 mortality rate recorded during the period under focus, nine patients died from the disease on the April 25.

The Covid-19 response strategy involves aggressively improved staff capacity in disease surveillance and response, infection prevention and control, laboratory, risk communication and community engagement, case management and POE. Since the beginning of the outbreak, 842 clinicians and response team were trained thrice on contact tracing and active case to improve number of persons reached, while 11 training sessions were organized for 9,036 health workers on case detection, triaging and management of health care waste.

These training helped increase the capacity of health professionals to detect Covid-19, as well as increased awareness and compliance with the NCDC’s take responsibility campaign amongst various groups.

Governor Ganduje engages media agencies during the fortnightly press briefing on Covid-19 at the state Government House. Also as part of its risk communications activities, the Task Force in collaboration with other organisations has produced and shared multimedia content, including videos, infographics and audio jingles targeting different demographics. This has helped increase awareness about Covid-19 and enlightened many on how to protect themselves and stay safe.

Despite the daunting challenges and the successes being recorded in the Covid-19 response aimed at stemming further spread of the pandemic and the unrelenting commitment and political will in leading the response strategy, Kano is winning the war against Covid-19. As evidenced by the above statistics which indicate a downward movement in the spread of the disease, the state is recording a major breakthrough in the curtailment of the pandemic.

KANSIEC Poised to Embrace All During Local Polls