No Attempt to Discontinue Investigation of any Agency – Hon. Doguwa 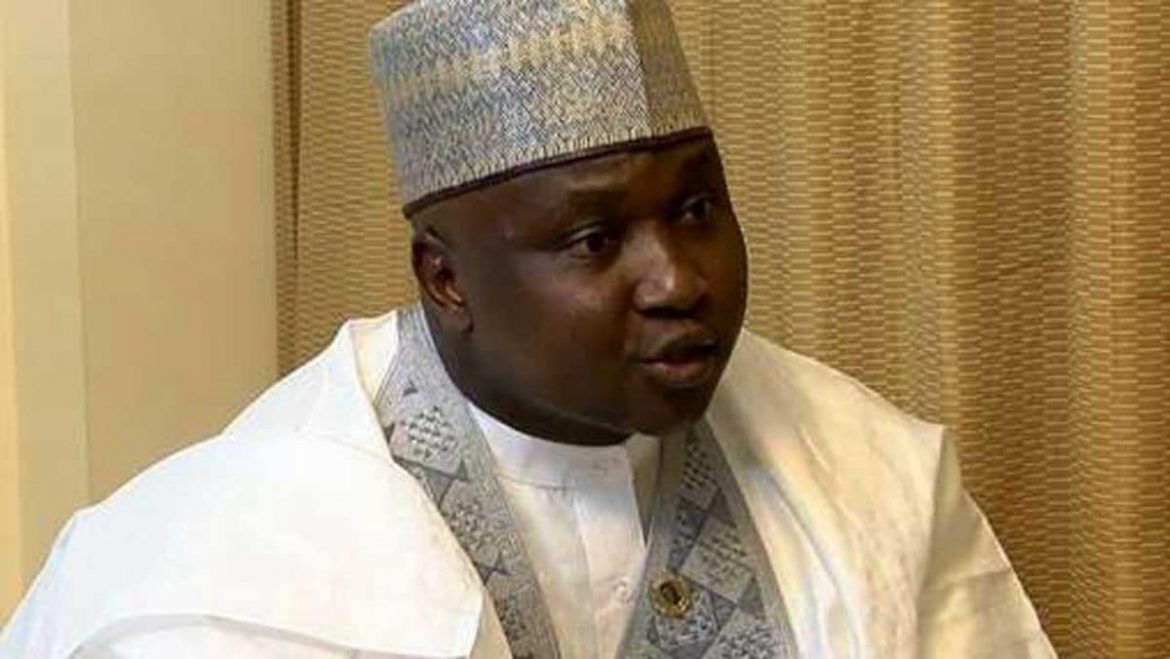 The Majority Leader of the House of Representatives, Hon. Alhassan Ado Doguwa has said the House would remain focused, committed and well-guided in safeguarding our institutional integrity, without necessarily jeopardizing its good working relationship with the executive arm.

He made this known in a press release issued and signed by him to newsman in Kano.

According to him the allegation leveled against the All Progressives Congress (APC) by the opposition Peoples’ Democratic Party (PDP) for the suspension of sittings of various committees for the observance of annual recess by the House reminding them that “committees do not sit during annual summer recess. The judiciary is on recess and other than one or two courts open for administrative purposes all the courts are locked up and posed to continue cases only upon their resumption”.

Hon. Alhassan Ado Doguwa added that, It is ridiculous to discover that the PDP, a supposedly major opposition party in the country, does not know the workings of the National Assembly, let alone knowing where the constitution or house procedures have been breached, adding that  it is worthy of note also, that it has never been the practice or tradition of the House to continue with indoor Committee engagements while on annual recess as it’s obtainable in the developed democracies like United States, who right now enjoying their summer recess, especially now that we are being faced with a global health emergency due to the Covid-19 pandemic.” He added

The Majority Leader while responding to another allegation made by the PDP on the $500 billion China Loan in its statement said, “it was either a deliberate misrepresentation of facts or utter ignorance of the legislative duties and procedures by an apparently confused opposition, saying it is pertinent to know that the loan has already been approved by the National Assembly through a transparent and formal request.

He further said  as  a matter of norm and procedure, the House can only wait until disbursements and utilization commence before embarking on oversight implementation as the  government has also captured it in the 2020 Appropriation law and therefore, should not be a subject of any controversy or query in the committee’s investigation process at least for now.

Hon. Doguwa insisted that investigations into government agencies including Niger Delta Development Commission (NDDC), the Nigerian Social Insurance Trust (NSITF), the review of the Nigerian Power Sector as well as all other allegations of corruption in government expenditure, Ministries, Departments and Agencies (MDA’s), have not in any way been discontinued as alleged by the PDP saying “all the pending investigations will continue as the House reconvenes.

“If it will be of interest to the PDP, the investigations the House is currently undertaking including the Chinese loans cover the sixteen years the PDP was in power and when most of the loans were obtained. So maybe they should be thanking the House leadership for covering up their misdeeds.

“The PDP lacks the moral standing to accuse the leadership of the House for abetting corruption or protecting questionable officials from the ongoing investigation. For us in the APC, fighting the menace of corruption by prosecuting corrupt individuals has been the cardinal objective of the Buhari’s administration and there is need for there is need for Peoples’ Democratic Party to always do their homework effectively before making any attempt to berate the House.