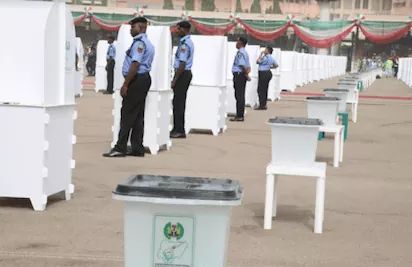 The All Progressives Congress (APC) has been declared winners in all the 18 Local Government Areas (LGAs) in Ondo State.

Seven political parties participated in the exercise on Saturday.

Announcing the result of the election results in Akure, Chairman of Ondo Independent Electoral Commission (ODIEC) Prof. Yomi Dinakin said there was no contest in five LGAs.

Professor Dinakin, who declared APC candidate’s winner of the elections in the five LGAs of the state stated that it was in line with the Electoral Act.

According to ODIEC the remaining LGAs where the APC won were Ese-Odo where Folawole Sibasi polled 29,360. In Akoko South East, the APC candidate, Paul Adorujoye scored 14, 174 votes

In Okitipupa the APC candidate, Akinrinwa Igbekele got 34,721 votes; Akinsulire Ebenezer got 54,292 to win in Ondo West; Chief Adegbegi Samuel garnered 48,742 to win in Owo while Bankole Ogbesetoye got 10,541 votes to win in Akure North.

Other Local Government Areas were results were being expected are Akoko North West, Idanre Akoko South West and Ondo East.

Meanwhile, results of Counsellorship seats in two LGAs were cancelled; they are Akure south and Ifedore.

ODIEC boss said a new date for the election will be announced later.