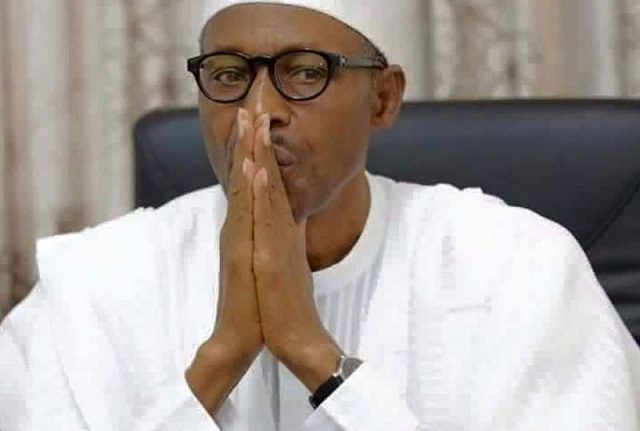 Perhaps no Nigerian President has suffered to get to the number one seat of power more than Muhammadu Buhari, the incumbent president. He campaigned and supposedly won. He was rigged out. He did that again and again and again. After his fourth attempt he won. As a Muslim, Buhari himself knows that Allah’s time is the best. He also knows that throughout his several attempts to get it, there were individuals, groups and communities that remained solidly behind him. He acknowledged the roles of individuals when he was justifying some of his appointments.

And he was right. Even if there are (and surely there are plenty) people who are better than Babachir, Mustapha, Adamu, Malami, etc. they qualify to get political appointments because they remained with him throughout the period of his struggle. This is because in the art of Governance what is required is a minimum acceptable competence and an unquestionable loyalty which the Boss Mustaphas had for Mr. President.

But perhaps what Mr. President is yet to realize, or at least his actions have not acknowledged is the love and support some communities have shown to him since he joined politics. Jibia in Katsina state is one of such communities. In case Mr. President has forgotten, Jibia had been next only to Daura in supporting him and fighting against the PDP rigging machine throughout the period of his several attempts to get to the presidency. Many of our young people were arrested, tortured and incarcerated by PDP governments when they stood to fight against election rigging in those periods.

Despite all their contributions to the success of PMB, the first reward Jibia people got was the ban on sale of fuel to border communities. This effectively excised Jibia out of their own country as people began to have to travel the distance of 42 kilometers to Katsina to fill the tanks of their vehicles. Those who tried to bring a gallon of petrol from Katsina or Batsari for use in their generators were treated as smugglers and had their gallons confiscated in case, they could not give a bribe that could be more than double the price of the gallon they were carrying.

As the number of checkpoints from Katsina to Jibia continued to swell from the original seventeen before border closure, the ordeal of Jibia people is better imagined.

Now as if the hardship caused by the closure of their filling stations is not enough, the Comptroller-General of Nigerian Customs Service (NCS) decided to use his office to further punish the people of Jibia for reasons best known to him. For those who know the area very well, there is a big customs barracks and a border post in Magamar Jibia at which there are offices of NCS, NIS and others in charge of movements of people and goods between Nigeria and its neighbours.

In addition to the Magama border post, those agencies have their men stationed on identified auxiliary routes along the border. Jibia community has no problem with any of these arrangements. We believe they are meant to ensure that evil people and their goods do not cross the border into our country. Whether or not that is being achieved is a discussion for another day.

Our problem is with the decision of the President’s right-hand man, Col. Hameed Ali to ban the entry of Nigerian made goods into Jibia Local Government, particularly Jibia town. For the past two months, additional checkpoints have been introduced including one at the point of entry into Jibia town, with the sole purpose of stopping any vehicle carrying goods into Jibia from any part of Nigeria.

The pretext used by the NCS high command is that whatever good enters Jibia town it will be smuggled into Niger Republic. This is faulty for two reasons.

One.  Jibia is a Nigerian community of a population of more than a quarter million people. Like any other human community, the people need food and other essentials of life which they are being deprived by shutting them out of both the country to which they supposedly belong and the neighbouring country with which they have strong cultural and historical links.

Two. The border inlet/outlet routes mentioned earlier are well-known and manned by officials of NCS. If it is suspected that the security on those points is not enough, it is only logical that the patrol teams be reinforced instead punishing a law-abiding community that worked hard to see to the electoral success of Mr. President.

To make matters worse, the NCS high command is said to be working with some members of the opposition who are feeding it with very wrong information to make it move against Jibia people in order to spoil the image of Mr. President and his party. Col. Hameed Ali being a non-political actor has not come to terms with this and he and his team think they are being smart enough by using informants from the inside of Jibia community to give them intelligence information while in reality they are working with people who have the sole intent of destroying PMB’s government.

Some of those ‘informants’ are said to report to the NCS headquarters any Customs Officer who refuses to harass traders carrying foodstuff like maize and other essentials into Jibia township. If Col. Hameed Ali is not aware of all these, it is unfortunate. But this is an opportunity for him to be aware.

To sum it up, Jibia people are under siege. Only a few days ago Governor Masari told state house correspondents that nine local governments in Katsina state, including Jibia LGA, are controlled by bandits. What one would expect is that the Government will use its full force to rescue those local governments instead of subjecting their law-abiding citizens to avoidable hardships.

As I am writing this piece, the prices of Nigerian made food and essential items have multiplied in Jibia LGA due to the draconian siege of the Nigerian Customs Service high command.

On a final note, I would like to remind Mr. President that power is transient. He now has the opportunity to make up for the damages done to the people who supported him to power. He should be reminded that APC is only in power in Katsina state because of him. Despite their long support for his Government, Jibia people are not asking for special projects or political appointments at the centre which some traditionally-PDP LGAs have gotten under him. We are saying please leave us alone. Call your men to order to stop harassing us so that we can live like human beings. Secure our rural areas so that we can go to farm.

Covid-19: Zamfara State Government to Partner with NURTW for Sensitization

Anti-Poor government policies all over, with no mercy to the masses who really supported and voted the current administration into power especially Northern Nigeria.