Covid-19: Zamfara State Government to Partner with NURTW for Sensitization 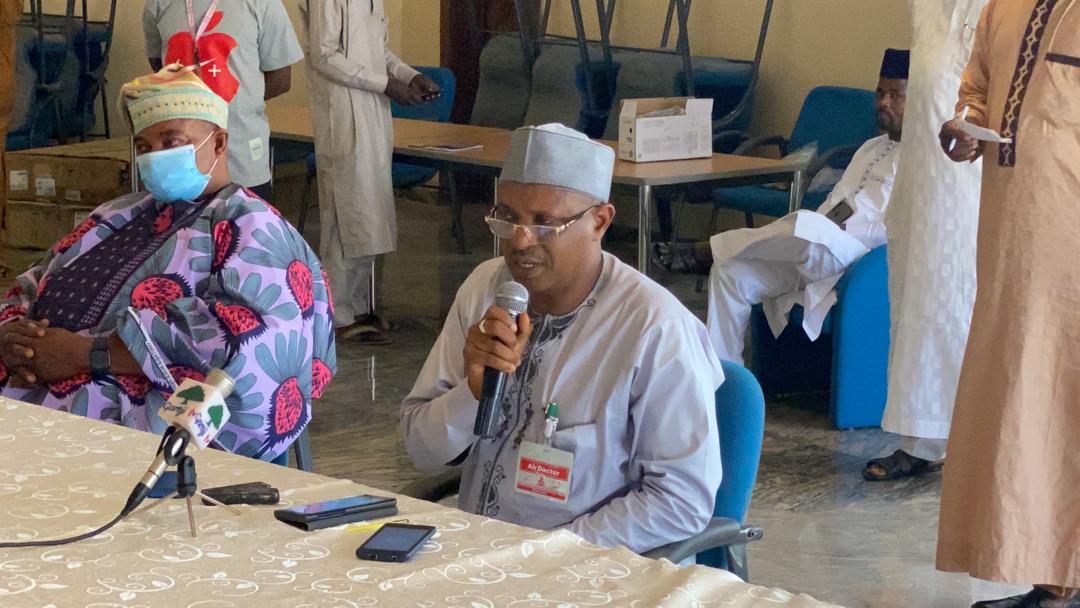 This was disclosed by the State Acting Governor Barrister Mahdi Aliyu Muhammed while receiving the National President of National Union of Transport Workers (NURTW) Professor Comrade Tajudeen Baruwa and his entourage who are in the state for an official function.

The Acting Executive Governor, who was represented by the State Head of Service Alhaji Kabiru Balarabe (Sardaunan Dan Isa), said the present administration of Governor Bello Muhammad (Matawallen Maradun) is always willing to partner with productive Governmental and non-Governmental organizations with a view to providing values at different sectors of the economy.

The Head of Service explained that the Government is working round the clock in protecting lives and properties of its citizens especially through tightening security measures and improvement of strategies for health well being of the people at grass root.

Alhaji Kabiru Balarabe commended the effort of the National leadership of NURTW for initiating fumigation and sensitization activities across motor parks in the State as part of the Union’s contribution towards elimination of Covid19 in the country.

The representative of the Acting Governor, therefore, assured the NURTW officials of Zamfara State Government readiness to partner and support their operations in the State whenever the need arises.

Speaking earlier, the National President of NURTW Professor Comrade Tajudeen Baruwa expressed optimism on the hospitality culture of Zamfara State Government. He was especially appreciative of how the State Government through the State Head of Service and some State Executive Council members received his delegations.

The President said they are in the State for a working visit and also to flag off sensitization and fumigation exercises to every passenger coming through the motor parks in the State. According to the President, the national headquarters of the Union provide some electronic machines for easy sprays.

Professor Baruwa commended the giant efforts of the State Government for giving due consideration and taking measures of curtailing the spread of Corona virus in all the nooks and crannies of Zamfara, adding that such efforts make Zamfara to be declared as the first Corona virus free State in Nigeria.