CAN Says it Will Partner KDSG for Peace in Southern Kaduna 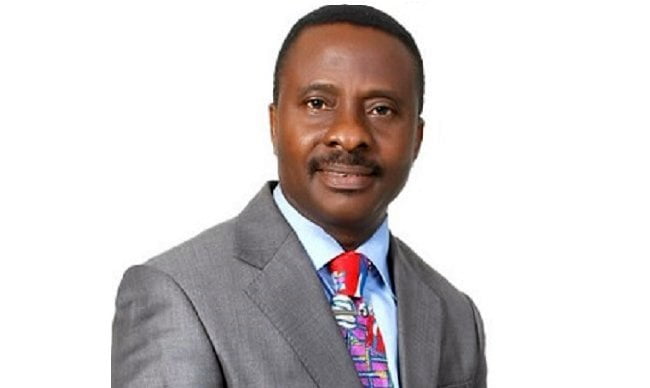 The President of Christian Association of Nigeria (CAN), Reverend Samson Olasupo Ayokunle has assured that CAN is ready to partner the Kaduna State Government to ensure that the crisis in southern Kaduna does not linger.

Speaking at the Council Chamber of Sir Kashim Ibrahim House when he paid a courtesy call on Governor Nasir El Rufai on Monday, Rev Ayokunle, noted that the crisis predates the present administration. He advised the Kaduna State Government to find a lasting solution to the crisis by learning “from the past in order to draw a roadmap for the future.’’

According to Rev. Ayokunle, the continuing crisis has made people to tag it religious or ethnic because “it has given them room to say whatever they are saying.’’

Rev Ayokunle implored government to bring the killers who are variously referred to as ‘’unknown gunmen’’ to book, arguing that the rate of prosecution so far, is not proportional with the frequency of attack.

The CAN leader argued that “whoever attacks first and whoever is doing reprisal are both criminals that must be made to face the wrath of the law.’’

‘’The Christian Association of Nigeria is ready to partner with your Government and security agents in finding a solution to this matter. Let there be a round table discussion and a pledge of cooperation rather than confrontation,’’ he added.

Responding, Governor El Rufai expressed sadness by the loss of lives in a totally unnecessary frenzy of communal attacks, reprisals and revenge. He welcomed the visit of the CAN leadership and promised to consider the eight recommendations made by Rev. Ayokunle for implementation.

‘’While we mourn the dead, our immediate focus remains to stop the cycle of attacks and reprisals. We remain committed to ending the legacy of violence that has blighted the state for 40 years,’’ he added.

Gov. El Rufai pointed out that ‘’part of the false narrative of the history of violent conflict in Southern Kaduna is the loose use of terms like land-grabbing and genocide. They are being used in this current cycle of conflict, just as they were in the 2016/17 and the 2011/2015 cycles.’’

The Governor challenged  anyone to characterize or differentiate the communal clashes, attacks and killings in parts of Northern and Central Kaduna State, as well as in Zamfara, Katsina, Sokoto and Niger States from those in Southern Kaduna.

‘’Is it because in all the other cases, the victims are lesser humans or lacking in voice and media hype? What happened to our common humanity?’’ he asked rhetorically.

According to El Rufai, Government has ‘’been consistent in saying that beyond boots on the ground, military bases and police stations, the ultimate guarantee of peace is the willingness of communities to live in harmony and their resolve to settle differences through lawful means.

“Some people do not want to hear this because it imposes responsibilities on individuals and community leaders to keep the peace and obey the law, but it is the civilized way to go.’’

The Governor reeled out his administration’s efforts at peace building in the last five years.

Gov. El-Rufai recalled that his first official action as governor was to convene and preside over an emergency security council meeting on 30 May 2015, following reports of killings in Sanga LGA in the hours before his swearing-in on 29th May 2015.

‘’The outcome of that meeting was the setting up of a committee chaired by General Martin Luther Agwai to study and proffer solutions to the incessant killings in southern Kaduna which had intensified since the violent aftermath of the 2011 elections’’, he added.

El Rufai also said that ‘’that emergency security meeting also decided to prepare a White Paper on the report of the Peace and Reconciliation Committee that had been established by the government of late Sir Patrick Yakowa.’’

Tracing the efforts, he has made for peace since 2015, the governor told the traditional rulers that ‘’by early 2016, we took our efforts to build a constituency for peace across the state to another level, collaborating with the Plateau State Government and the Centre for Humanitarian Dialogue.

‘’In southern Kaduna, we supported the process of the Kafanchan Peace Declaration as a community-led effort for sustainable peace,’’ he added.

El Rufai recalled that ‘’On Saturday, 12 November 2016, it was with optimism that we unveiled the Peace Apology billboard in Samaru-Kataf and presenting the Staff of Office to the new Agwatyap, His Highness Dominic Gambo Yahaya.

‘’The tenet of the Peace Apology was a call for mutual forgiveness and a dedication to peaceful means of resolving differences,’’ he argued.

The Governor lamented that the optimism was short-lived, adding that ‘’the outbreak of sustained peace that we expected was soon shattered by a spiral of violence a few days later.’’

‘’We pushed for more security deployment and took the meeting of the State Security Council to Kafanchan on 20 December 2016, in a practical effort at solidarity with the people in a time of peril,’’ he recalled.

Furthermore, “by early 2017, the Kaduna State Government, working with the Federal Government had answered the decades-old demand for expanded, permanent security presence in southern Kaduna.

‘’The army established a base in Kafanchan while the Kaduna State Government bought an estate to accommodate a Mobile Police Squadron. The Federal Government also extended the mandate of Operation Safe Haven, based in neighbouring Plateau State, to Southern Kaduna and appointed a commander of the rank of Colonel to lead it.’’