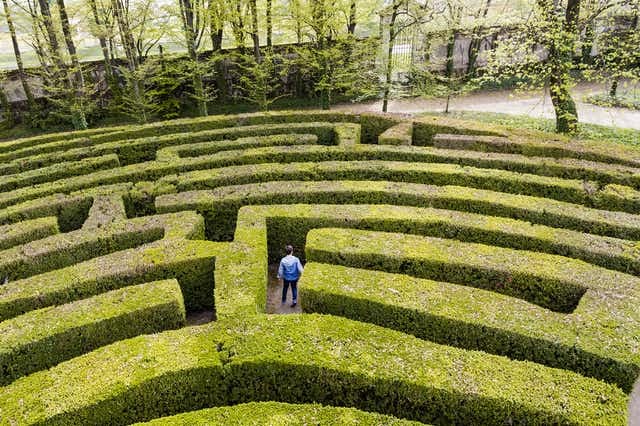 There are 3 fundamental issues at stake the former Deputy Central Banker raised. First, the nexus between banditry in the North West including Southern Kaduna and insurgency in the North East. Second, General Sani Abacha’s unequivocal reaction to any form of insecurity anywhere in Nigeria. Third, that a serving governor is complicit in the insecurity pervading the North set to extend to the South. However;

There are known knowns.

There are things we know we know.

There are known unknowns.

That is to say

We know there are some things

We do not know.

But there are also unknown unknowns,

The ones we don’t know

We do not know.

Finally, there are unknown knowns.

We do not want to know.” This was classic Don Rumsfeld on February 12, 2002 while answering a question on the whereabouts of the Weapons of Mass Destruction that was used as a pretext for the invasion of Iraq and the removal of Saddam Hussein back then.

Fast forward to the present day where it is now glaringly obvious that the Ghali Umar Na’abba’s  “profound interview” last Thursday on Channels TV not only ruffled feathers in high places but has inconvenienced certain  principalities. As a result, he has also like Obadiah Mailafia has been extended an invitation that he cannot refuse.

There is need to properly contextualize Ghali’s recent interview in which he emphatically stated Nigeria has become a “failed state” under the current dispensation is a none starter compared to what the onetime House Speaker said in the January 22, 2018 edition of the Punch newspaper. Back then the APC board of trustee member representing Kano state was politically abrasive. He did not mince words when he stated; “He (President Buhari) hasn’t got the capacity physically and intellectually to govern Nigeria this is my honest opinion.” The onetime House Speaker justified his assessment; “I had the opportunity of sitting with the President and tell him that this is what is wrong but he told me that things were wrong before but with his election, everything is right now. That was what he told me and I was very disappointed.” Can Na’abba be accused of political disloyalty? Definitely not. But perhaps personal disloyalty.

He nevertheless further explained; “I am a member of the Board of Trustees of the party even though we don’t have it officially. We had a meeting of such a board or whatever you call it in February 2016. That meeting was only called again in November 2017 when he decided that he wanted to get re-elected and he needs us. He promised to reconstitute boards. He had earlier refused to do that because he believed politicians were responsible for all the evil in this country and he also promised to increase the number of ministers. In a nutshell, the President has not added value to democracy by an inch.”

I have deliberately meandered on Ghali Na’abba to sharply contrast his calm, cool and calculating demeanor with the fiery and emotional interview Mailafia had. The acclaimed Oxbridge scholar while academically brilliant remains emotionally unintelligible. Contrast his; Genocide, Hegemony and Power in Nigeria posted in Business Day on May 11, 2018 and the rejoinder on it by Farooq Kperogi entitled; Between El Rufai’s Xenophobia and Obadiah Mailafia’s Fulaniphobia posted in Daily Trust on June 2, 2018.

That said, Nigeria has always been a Babel of contending Voices – it is the oxygen of our democracy that only good governance can mute!  Take for instance on this Sunday morning (August 16, 2020) an elder statesman, former Chairman of the Northern Elders Forum and Chairman, Governing Board of the Nigerian Educational Research and Development Council, Dr Paul Unongo had this to say;

“I don’t understand what is happening now, from my knowledge of this man (President Buhari) ……. There appears to be confusion in the Buhari administration. It is as if three to four persons are deciding and, sometimes, they decide against one another.” Obviously like Chief Unongo many other Nigerians have also come to the painful realization that they had down sown their votes in the wind of hysteria, euphoria and amnesia for President Buhari not just in 2015 but regrettably in 2019

The real enemies of Nigeria are neither bombastic scholars like Dr. Mailafia nor motor park critics like me nor those that make noise in beer parlors or even on tea sellers’ tables;

“In 1990, EBONY magazine figured in Nigerian politics the way few foreign journals had done before or since. In the process, it bequeathed the term Ebonygate to the nation’s vocabulary of sleaze.

Military president Ibrahim Babangida’s benighted Structural Adjustment Program (SAP) had sapped the economy, turning basic needs into luxuries and eviscerating the middle class. Hunger stalked the countryside, and many Nigerians were reduced to rummaging through dustbins for food scraps.

Anti-SAP demonstrations, which turned violent in many cities, broke out across the country, fuelled by rumours that Babangida had stashed away some $3 billion from the national treasury in foreign banks, and that he and his wife owned, among other properties, a diamond watch factory in France.

The organizers cited EBONY magazine as their source.

Conspicuous among the teeming protesters in Lagos was the respected educator and founder of Mayflower School, Ikenne, Dr Tai Solarin, in his trademark floppy hat, khaki shirt and shorts.  In an interview he had made some reference to Babangida’s rumoured offshore wealth – a key grievance of the demonstrators.

The claim that the story came out of EBONY was implausible through and through.   It was not EBONY’s fare.  But no matter.

State security officials seized Solarin and subjected him to a brutal inquisition on live national television, conducted by Col. Kunle Togun, who had been living under a cloud of suspicion of complicity in the 1985 parcel-bomb murder of the crusading journalist, Dele Giwa

What was Solarin’s source?  Did he verify it?  As an educator and an influential citizen, was he unaware that he had an obligation to verify the information so as not to lend his authority to subversive rumours?

Official desperation did not end there.  The authorities dispatched a team to Chicago to urge EBONY publisher Johnson to state categorically, for the public record, that at no time had the magazine carried the story attributed to it. Johnson refused the strange demand.

And to this day in Nigeria, Ebonygate carries the resonance of rumour, gossip, or falsehood, a slur on the reputation of the foremost journal of the African American experience that was.”The foregoing memory lane was written by Olatunji Dare

If important personalities could come out to make such strong and delicate statements, i would rather they also came out with irrevocable and industructible proofs to the authorities viz a viz the public, so as to help the nation and as well, protect their integrity as vanguards and champions of the common man’s cause.