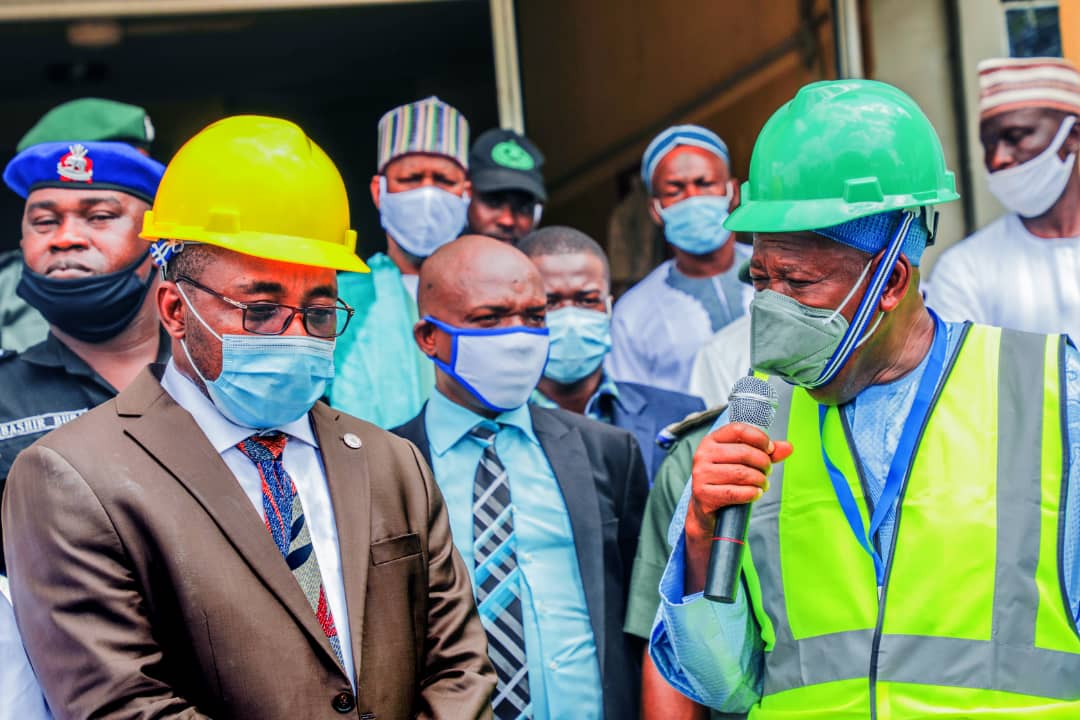 His Excellency, Governor Abdullahi Umar Ganduje OFR, has observed that, the commitment of Barrister Muhuyi Magaji Rimingado, the Executive Chairman of Kano State Public Complaints and Anti-Corruption Commission, is being spotted nationally and even globally.

This was contained in a press statement signed by Abba Anwar, Chief Press Secretary to the Governor of Kano State, Saturday, 15th August, 2020.

According to the statement, Gov. Gandukje made the observation when he paid an inspection visit to the Commission, to see the level of progress in the renovation and upgrading of the office, adding that “Our state Anti-Corruption body is as independent as its Law provides. We don’t interfere in the activities of the Commission at all.”

Governor Ganduje assured that, his commitment in strengthening the Commission also includes the facelift exercise taking place, insisting that, “Without any fear of mincing words, our effort in face-lifting this Commission will go a long way in modernizing its operations.”

The statement said, Gov. Ganduje reinvigorated Barrister Rimingado that “whoever he caught …is caught. And whoever he releases has been released. Whoever is before you should not come to the governor.”

According to the Governor, the new look of the Commission depicts the seriousness and good work of the agency. Adding that, when he came to power, the Commission was almost non-existent.

“We want to improve the functionality of this Commission. Government hand is not in any of the operations of the State Anti-Corruption Commission. Ours is just to provide enabling environment for the place to work very well,” he said.

In his remarks, the Executive Chairman, assured his commitment to all the operations of the Commission, saying, “We are proud of you the governor for giving us all the necessary support and political will.”

He also assured the Governor, the commitment of his entire staff towards making Kano zero tolerant on corruption, accentuating that, “Your Excellency, when we came in, we were faced with many operational challenges. But with your guidance, support, show of commitment and seriousness, we were able to make it to this level.”

The statement concluded that the Governor took a tour round the edifice, which almost quadrupled what was met on ground. With other technology-based equipment in the facility, the Governor encouraged “Fighting corruption and other injustices in the state would be technology-driven and more effective, with what I saw in place.”

Can They Beat Trump?