Can They Beat Trump? 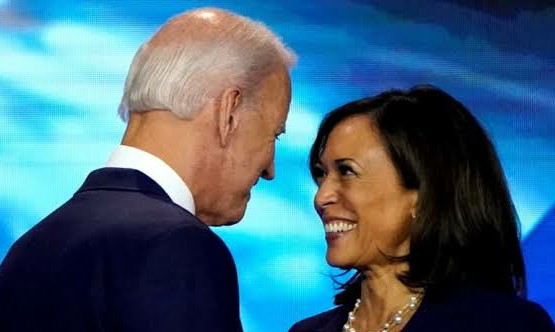 On the surface this is a winning team. However, in America democracy it is all about the Deep State. That is why during the 2016 presidential elections despite her 65.8 million votes, Hilary Clinton could not enter the White House. Rather Donald J. Trump and his 62.9 million votes is now the current chief tenant.

So, what happened? The United States Electoral College voted him in that is what. Trump got 304 votes of college electors while Clinton got 227 – end of story.

“The Electoral College is a body of electors established by the United States Constitution, which forms every four years for the sole purpose of electing the president and vice president of the United States. The Electoral College consists of 538 electors, and an absolute majority of at least 270 electoral votes is required to win the election……The number of each state’s electors is equal to the sum of the state’s membership in the Senate and House of Representatives; currently there are 100 senators and 435 representatives.”

Interestingly, there are “Faithless electors” who switch sides or are compelled to do so by the Deep State and its allies and interested parties. But who are these electors in general? The answer to this question is why Kamala Devi Harris is very crucial to Joe Biden’s candidacy. The state of California where she comes from has the highest number of 55. Besides Harris is biracial, her father is from Jamaica and her mother from India. Gender also plays a prominent part in the permutation as women voters are the most consistent in American politics. American men are good in arguing and debating politics but it is women that actually turn out to vote in more numbers per capita.

Deep State is defined as; “A hybrid association of elements of government and parts of top-level finance and industry that is effectively able to govern the United States without reference to the consent of the governed as expressed through the formal political process” There is also what is known as American Exceptionalism which; “is the theory that the history of the United States is inherently different from that of other nations.” The idea that America has a unique mission to transform the world. Therefore, to achieve that only those that can preserve and keep the American national interest should be allowed to occupy the White House.

For instance, Obama came into office with the repeated promise to shut down the illegal detentions at Guantanamo Bay but for 8 years he couldn’t. And by negotiating a nuclear peace treaty with Iran he openly defied the Deep State making Mrs. Clinton take the fall. In the United States no president can go to war with the Deep State and win. Ask John F Kennedy and his brother and Attorney General, Robert F Kennedy who wanted to run for president – they were both assassinated. The Deep State is an extended cabal that cuts across party lines.

It is very important to note that very deeply embedded in the American psyche is the role of the Sheriff that constantly fights off bad guys. That is why Hollywood endlessly promotes the protagonist/antagonist dynamic – always between an “actor” and the “boss” The oxygen of the US economy is the military-industrial complex which cannot survive without conflicts and wars all around the world; “Without war human beings stagnate in comfort and affluence and lose the capacity for great thoughts and feelings, they become cynical and subside into barbarism” – Fyodor Dostoyevsky (1821- 1881).

My take on the forthcoming US elections is solely based on stone cold analysis of the 2000 polls “won” by George W Bush by a complete outsider through the pages of; Stupid White Men of Michael Moore (2002). If I had been resident there, I am sure I would have felt different and opined otherwise. I am merely a detached student of the dynamics of power. I say this out of respect for my numerous friends and even some relatives in the US. I respect their choices.

Now back to the question; can the Biden-Harris ticket beat that of Trump-Pence? I have my doubts for the following reasons;

1. The opinion polls that Biden is currently leading Trump by 10 points is no different from than that of Clinton over Trump in 2016 yet see what played out

2. America is a deeply racist country and will always remain so because there is an umbilical link between racism and capitalism – one cannot exist without the other. Biden is already 75 years old this means he has no second term ambition. Harris is however 55 which means another Black presidential against the background of all these Black Lives Matter protests in 2024. Even liberal WASPs might gravitate back to White supremacy by default

3. Joe Biden is not a war monger and he will tax the rich more to pay the poor like bring back Obama Care

4. The White Anglo-Saxon Protestant segment of America prefer Trump’s sabre rattling on Immigration. Biden will open up the flow. Trump has shut the tap!

Zamfara Deputy Governor Flags Off the Distribution of Covid-19 Palliatives

The White Anglo-Saxon Protestants most often get the sympathy of the Deep State, and of course, Trump has and is delivering on all premises, the whims a d calrices of racist Americans who are in the majority

NoThe White Anglo-Saxon Protestants most often get the sympathy of the Deep State, and of course, Trump has and is delivering on all premises, the whims a calprces of racist Americans who are in the majority