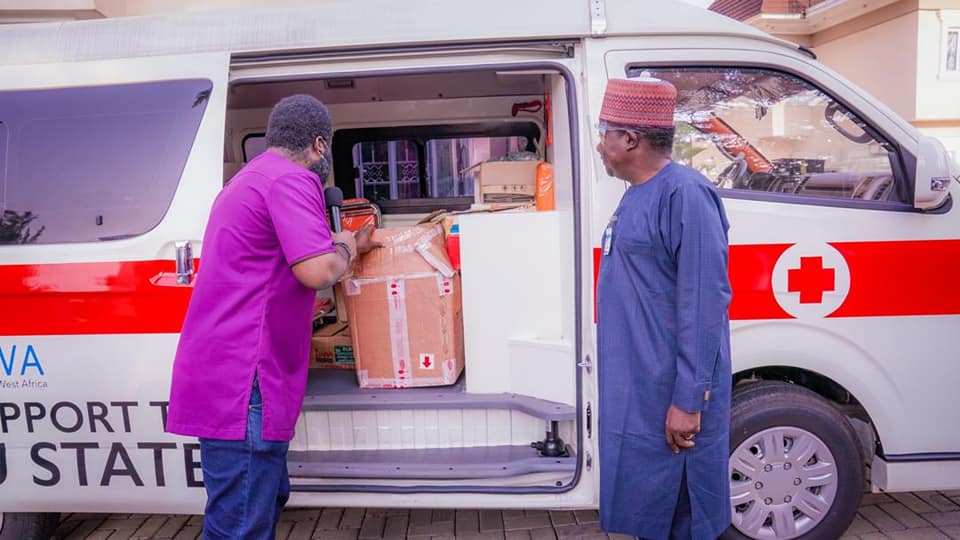 The Open Society Initiative for West Africa (OSIWA) has donated an ambulance and medical consumables to Plateau State Government to assist in the fight against Covid-19.

Presenting the ambulance to Governor Simon Lalong at the Plateau Governor’s Lodge in Abuja, Country Director of OSIWA, Jude Udo Ilo said the donation is in recognition of the efforts of the Plateau State Governor towards halting the pandemic.

Mr. Udo noted that the Government has done a lot in the area of testing and sensitization hence the decision of OSIWA to support the capacity of the State to respond to those affected and improve contact tracing by donating the ambulance.

He assured Governor Lalong that OSIWA is willing to collaborate with Plateau State in the areas of gender and child rights as well as economic governance, democracy, transparency and accountability.

Governor Lalong appreciated the gesture by OSIWA saying it has come timely as Plateau State has increased its capacity for testing and now clearly understands the magnitude of the disease.

He said the donation will go a long way in facilitating contact tracing and evacuation of those infected by the disease to treatment centers for proper attention.

He assured OSIWA that his administration was more than willing to partner in areas of peace building, inclusive and transparent governance as well as gender related matters.

He invited them to Jos for further engagement with relevant MDAs towards achieving set targets.

This statement was made by Dr. Makut Simon Macham, ANIPR Director of Press & Public Affairs to the Governor of Plateau State via its social media pages