NIHSA: 20 LGAs in Kano Under High Risk of Flood 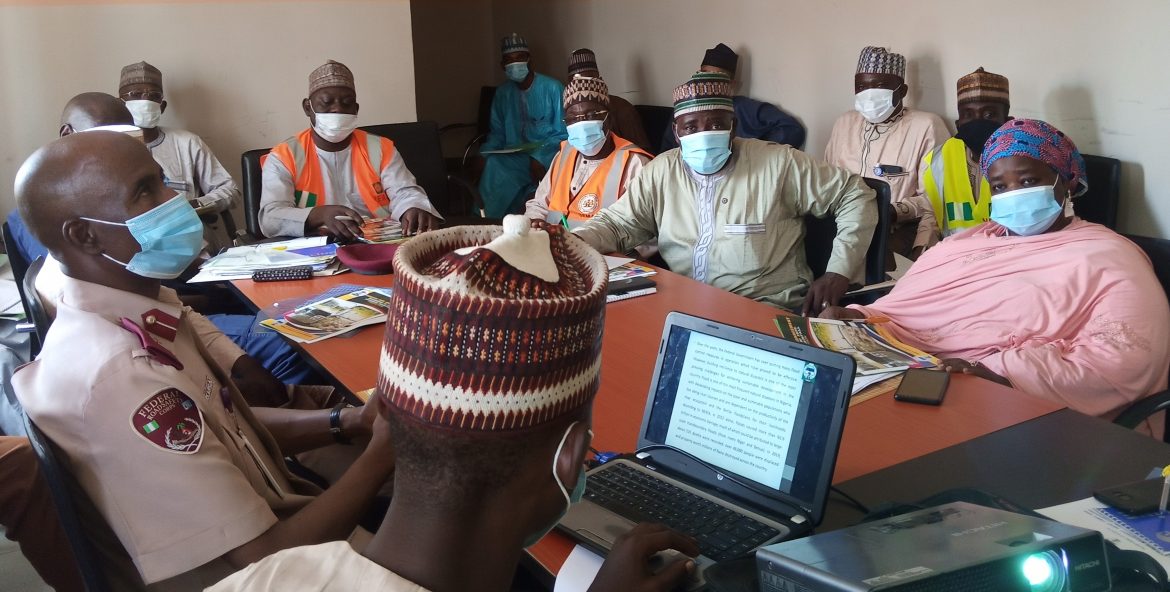 Stallion Times was at a one-day stakeholders meeting on flood awareness campaign and implication of 2020 seasonal rainfall prediction organized by the National Emergency Management Agency (NEMA) on 12th August, 2020 at its Conference hall in Kano. The objective of the meeting was to strategize ways to sensitize the affected LGAs.

Mall Ado said NEMA as a coordinating agency with support from relevant stakeholders usually analyze the Seasonal Rainfall Prediction (SRP) and Annual Flood Outlook (AFO) to determine their disaster implications and re-strategize on how to tackle any impending flood situation.

He also said the annual flood outlook can threaten with high implications the Agricultural, Water Resources, Health, Transport and Infrastructure sectors in the state.

Mallam Ado recalled that in 2012, unprecedented flooding led to the displacement of thousands of people, deaths and loss of millions of naira, and that the intervention by NEMA KTO Flood from 2018 to 2020 recovered about 41 flood assessments with high magnitude and several Relief interventions in various Local Government Areas of Kano and Jigawa states respectively.

He then called on the participants at the meeting to suggest ways and strategies to mitigate the impending impact of the predicted 2020 flooding, even in the midst of Covid-19 pandemic.

Some of the suggestions made by stakeholders at the meeting included but not limited to: National Orientation Agency (NOA) Officers to carry out high level advocacy and sensitization campaign on the flood predictions, opening of water ways and clearing of drainages through self-help initiatives in the affected LGAs.

Conduct a high-level advocacy visits to Religious and Community Leaders on the impending flood, visits to communities before flood and follow-up to sensitize affected people on reintegration.

The group also suggested that community self-help associations should be assisted with equipment to carry out their activities through the Ministry for LGAs or the Ministry of Environment.

Cases of flood should be reported to NEMA or State Emergency Management Agency (SEMA) for prompt action.

Already, a submission by SEMA on strategies to mitigate flood and disaster management has been made to Kano State Government; the agency is expecting response in the coming days.