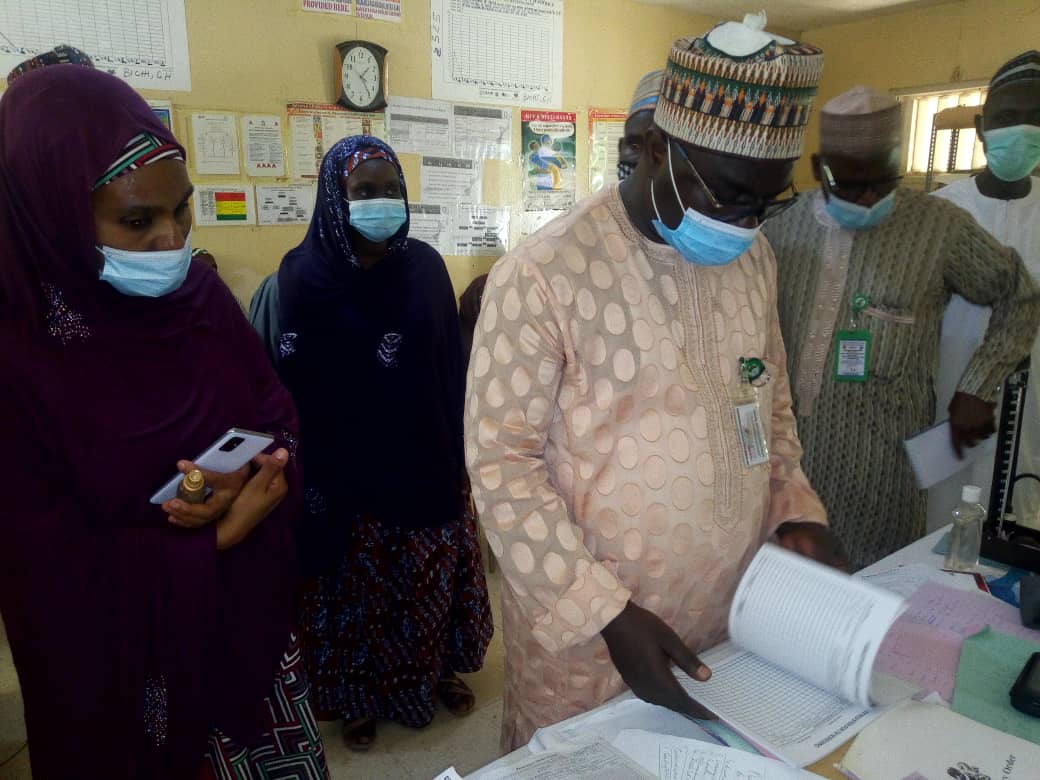 The Management of the Bichi General Hospital has been commended for maintaining and running the facility diligently and effectively.

The Director General of the Hospitals Management Board, Dr. Nasiru Alhassan Kabo, made the commendation shortly after he supervised the hospital on Tuesday.

The supervision was conducted alongside the Executive Secretary Kano State Contributory Healthcare Management Agency (KSCHMA), Dr. Halima Muhammad Mijinyawa shortly after a special homage to the Emir of Bichi, Alhaji Nasiru Ado Bayero by the Commissioner of Health, Dr. Aminu Ibrahim Tsanyawa with all Chief Executives of the Parastatals under the Ministry.

The Director General noted with satisfaction the improved healthcare service delivery noticed after about six months of his visit to the hospital, stressing that it is an indication that the management of the facility is doing the right thing.

“I have been to this facility about six months back. I have to eulogize you for the level of the consolidated modest achievements I witness in running affairs of the hospital. I have gone round various units and the echelon of cleanliness is highly admirable”, said Dr. Kabo.

The Director General further stated that he has seen a sizable number of staff on duty neatly dressed in their official uniforms, urging them to keep up the good mannerism for advanced affective and efficient service delivery in this critical sector yearning for by the Khadimul Islam, Dr. Abdullahi Umar Ganduje.

He advised them to improve  on the good work they have been doing as the facility is among the four hospitals being upgraded to specialist hospitals upon creation of the four Emirates in the state, drawing their attention that they should expect more visitors even externally hence the need for them to tighten up their belt.

He then instructed them to scout for pharmacy technicians for enhanced service delivery in the pharmacy and KSCHMA and see that the 24 hours service is ensured so as to have full hospital services throughout the day, calling on them to adhere strictly to all corrections proffered to them.

On her part, the Executive Secretary of the State Contributory Healthcare Management Agency (KSCHMA), Dr. Halima Muhammad Mijinyawa, called on management of the facility to stop opening individual file for KSCHMA clients, rather the family file is recommended in all hospitals running the program with a view to avoid impersonation by non-clients.

She also called on them to make certain that no KSCHMA client enjoy the Drugs Revolving Funds drugs as they are purchasing the drugs as the most subsidized rates.

Responding, the Zonal Medical Director of Bichi Medical Zone, Abdullahi Harbau, expressed delight over the visit, commending the leadership of the two agencies for their up and doing to see that the health service delivery in the state is significantly improved.

Harbau said that the management of the facility will do more in order to consolidate on the achievements so far recorded, pledging to comply and implement all the corrections given to them.