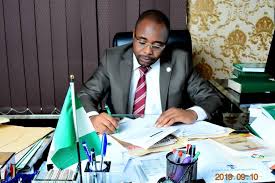 The Kano State’s Public Complaint and Anti-corruption Commission (PCACC), has, said it has launched an investigation into allegations of extortion labeled against the Special Adviser to Governor Abdullahi Umar Ganduje OFR on religious matters, Ali Baba Agama-Lafiya.

The special adviser was alleged to have send some youths, led by his son, to collect N45,000 out of the N50,000 given to some Ulamas (clerics) after praying with the Governor for security and victory over Covid-19.

The money, it was gathered, was a gift from the Governor to assist the clerics purchase Rams for the Eid-el-Kabir.

The Chairman of the State’s Anti-graft Commission, Bar. Muhuyi Magaji Rimin Gado, told our source that an invitation had already been extended to the Governor’s aide.

He said: “We know about the allegations and I have already directed investigation into the issue.

“And, by law, they [clerics] are not supposed to be extorted as it’s against sections 22 and 23 of the law that established our commission,” said Muhuyi.

He said the commission had confirmed from the government that the said amount was given and that some youths, allegedly led by the son of Agama-Lafiya on his (Agama-Lafiya) instruction, waylaid the clerics and reportedly collected N45,000 each from them.

He said, from what the anti-corruption commission had gathered so far, the clerics were allegedly waylaid at the gate of the government house where the money was extorted from them.

“This, if established as the truth, is disrespect to the Governor that gave the money,” he added.

The state’s commissioner for religious affairs, Dr Muhammad Tahar Adam, also confirmed the development said the aide is answerable to the Governor, not his ministry.

“360 ulamas were called by the Governor to pray for the state and each was given the said amount sealed in an envelope.

“We received the complaints of the extortion but it’s only the Governor that could act on it.

“If it turns out to be true that they were really extorted, then that was really wrong”, the Commissioner said.

Sources close to the Governor who for not wanting his name on print said  the action taken by the anti-corruption commission represented the position of the Governor on the matter.

Efforts to hear from Agama-Lafiya has so far proved abortive as his phone remained switched off up to the time of filing this report.

The aide, however, was quoted by Freedom Radio FM, Kano, to have justified the act, saying that he asked his son to collect the amount from them, not with the intention of using it, but to add more beneficiaries among other clerics who prayed for them from their homes.

“I already advised them that instead of them to just collect the money, they should expand it for other Alarammas to benefit so they can be part of us.

“We want, at least, two people who are with the Governor to benefit from that money too”, he was quoted to have said.

One of the clerics, who was allegedly extorted, a 60-year-old in Fagge, was quoted by the radio station to have said he had never earned N50,000 throughout his life until that day but ended up being stopped and left with only the 10% of the amount.

He said, apart from being a cleric, he also works as load carrier at Singer Market in Kano, adding that he was highly disappointed with what the SA’s son did to them, the radio station reported.