Boko Haram: Why I can’t be Silent, Zulum Explains to APC Governors 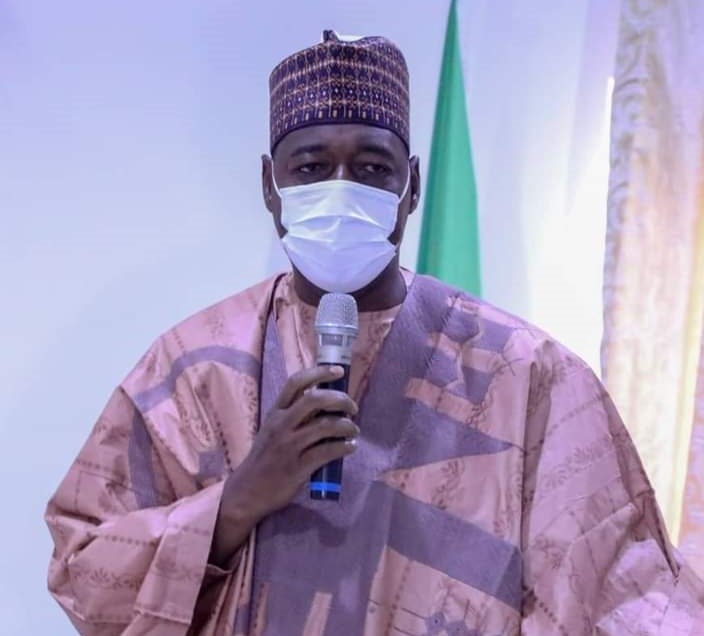 Governor Babagana Umara Zulum on Sunday, told visiting governors in Maiduguri, that he cannot afford to be silent in the midst of killings because he has, by the oath he took on May 29, 2019, enter covenant with God to defend the people of Borno.

The Governors were in Maiduguri on a solidarity to their colleague, Governor Babagana Umara Zulum who had come under gun shots attack in Baga town, Kukawa local government area, last Wednesday, July 29, 2020.

“Our people need to be provided safe access to farmlands so they can earn livelihoods. The military needs to ensure this happens and I will continue to raise this. I remain resolute, firm, and committed, only God can give power. I am not after second term, if God allow me to complete this tenure Alhamdulillah. But for me as a Governor to keep quiet while 6 million population of Borno State to die, to perish will never be good for me. It is a covenant between me and Almighty God that I should be truthful to my people.” Zulum said.

Zulum also alleged sabotage in the prosecution of the war against in insurgency in the northeast, stressing that the President needs to know the truth. The Governor said;

“When he came to Maiduguri two months ago, I said so because between 2011 to 2015, at a time, almost about 22 LGAs were under the insurgents. Out of the four main roads that lead to Maiduguri. Only one was functional. There are changes, the line of demarcation is very distinct and cannot be crossed. But Notwithstanding, there is one very important portion that we need to address, why is the insurgency not ending? I repeat, there is a sabotage in the system, therefore, the President need to examine the current security situation in the region with a view to resolving it in a sustainable manner.” Zulum added.

In addition, Governor Zulum lamented about the number of IDPs in Borno, noting that, there is a need for the people to return to the place where certain level of peace has been attained.

“We have huge population that has no access to the agricultural lands, and poverty is one of the root causes of the insurgency. What we need is, where there’s peace allow the people to go back to their homes. So that they can earn their means of livelihood.”

Meanwhile, the progressive Governor’s Chairman and the Governor of Kebbi State, Atiku Abubakar Bagudu has assured Governor Zulum of their support and solidarity.

“We are in Borno today, on behalf of all our colleagues to wish our brother and colleague, Governor Babagana Umara Zulum happy Sallah. And secondly, to show sympathy and express our commiseration on the incident that happened in Baga few days ago. May God continue to protect you and indeed all the people of Borno State, and may God help us defeat these enemies within and outside, who for over a decade now have challenged our resolve, but they wouldn’t break us. Governor Bagudu said.

He added, “On behalf of all our colleagues, I want to assure you and the good people of Borno, that we are on this together. I remember in our first visit how full of admiration and appreciation he is of all the security services who are putting their lives and otherwise in discomfort of protection of our people. Definitely if it not over frustration will set in, but I believe this will only energies us to do better collectively, on behalf of all our colleagues, I urge you to keep doing what you’re doing and may God, support you more, and may God show us the day that will come we celebrate the end of this tragedy we have been facing.”