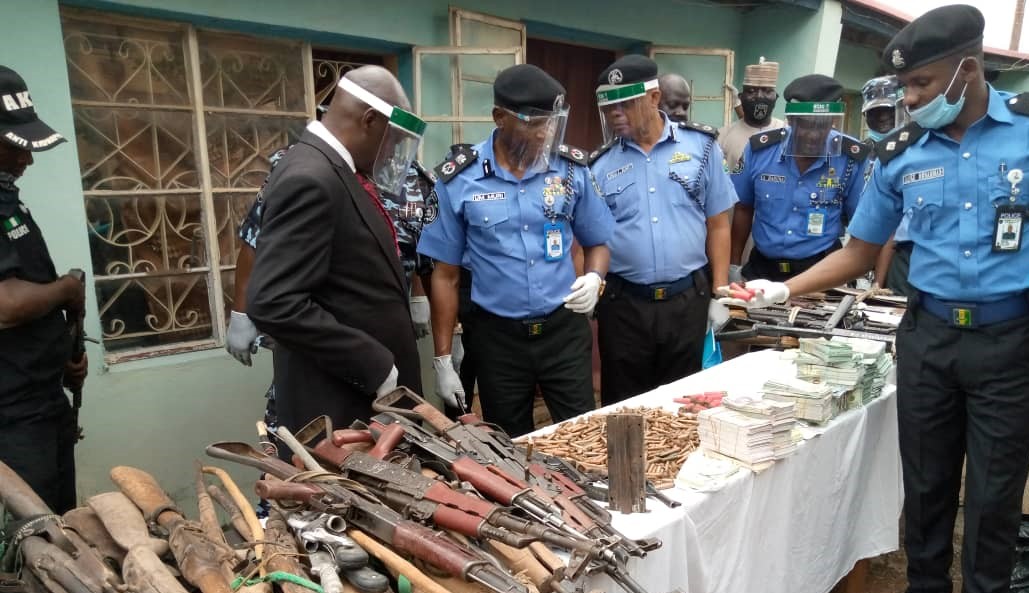 Kaduna State Police Command has arrested one Joseph for butchering 15 year-old  Stephen Anya after collecting N1.5m ransom from his father

Joseph, who was among 207 suspects paraded by Kaduna State Commissioner of Police, Umar Muri, on Friday said he was lured into the crime by his friend, one George, who is now on the run.

According to Joseph, the said George came from Jos, Plateau State, to his house in Gonin-Gora, Chikun Local Government Area of Kaduna state, and begged to squat with him because he was on a business mission in Kaduna.

Joseph added that after much persuasion, he agreed  to accommodate George who paid him N7,000.00.

He further explained that his friend disappeared and reappeared after six months. And after staying for three weeks, George asked him to follow him to Onitsha,  to consult a Marabout who would prepare a charmed ring that would make them rich.

“The Marabout demanded N1 Million each from us, and we could only pay for George, who promised me that after he started making the money, we would returned for my own ring.

“When we got back to Kaduna, George disappeared and I do not know his whereabouts even as I speak. Neither did I know he is a kidnapper until the Police raided my house and discovered the face mask that he usually wear during operations,” he said.

However, the father of the abducted, slain teenager; Chief Eguaku Anya, described Joseph as a blatant liar and unrepentant criminal, saying “it was him and his friend that raided my house in May, 2020 and abducted my son”.

He said they carted away all Mobile Sets in the house including his car. According to the bereaved father, Joseph was the first person to contact him using his handset, demanding a ransom of N40 Million. “After much pleading that I don’t have such amount, he settled for N1.5 Million which we subsequently paid.

“After collecting N1.5m, Joseph switched off all his handsets, only for him to call demanding for N3million, which he later reduced to N1.7m.

“But I gave him a condition that this amount could only be given if I heard the voice of my son or he disclosed where we could pick him up in exchange for the money.

“Joseph gave us a location and I went there with my brother, and sensing foul play we fled for fear of our lives. We later involved the Police who swung in action and within three days the suspect was arrested. I identified him as the one who raided my home and also resides in the community,” he said.

However, the Police confirmed that the boy has been killed and dismembered before calling the father for a ransom. The police added that the fleeing accomplice will be arrested and both will be charged to court very soon.