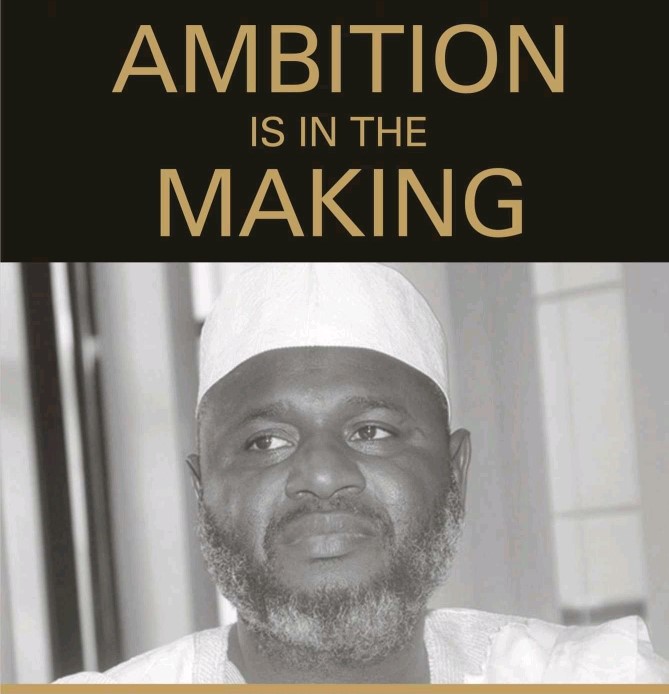 The construction of the book interlocks well with Ahmad Rufai Sani and lends itself successfully to the study of important events in Nigeria history. In one chapter, for example, starting with who is the President of the Federal Republic of Nigeria and his functions. The reader is taken on a journey through the birth of Ahmad Rufa’i Sani in 1960 to interweave with Nigeria history stories about Nigeria granted full independence on 1 October 1960 from Britain. Then story continues on when young Ahmad admitted to primary School in 1966 the same year when a group of army officers, led by Major Chukwuma Nzeogwu, overthrew the central and regional governments Nigeria.

At 1979 Ahmad Rufa’i Sani was a student at Bayero University, Kano and also it was the year a constitution was introduced which moved away from the parliamentary model to a presidential system with a clear separation of powers and with an executive governor in each state. Alhaji Shehu Aliyu Shagari (1979–1983) of the National Party of Nigeria, NPN emerged the winner of the presidential election and he was sworn in as the country’s first executive president on October 1, 1979.

Nigeria returned to democratic rule in 1999, after sixteen years of primarily military rule. Obasanjo was won the 1999 Nigerian presidential election, he ran as a candidate of the People’s Democratic Party, PDP. He was President of Nigeria from 1999 to 2007. In the same time, Ahmad Rufa’i Sani was first civilian governor of zamfara state on the platform of all people’s party, APP.  In 2007 Yarima’s colleague Umaru Musa Yaradu’a became Nigeria’s third elected civilian President in 2007 election. On the other hand, Yarima was among the governors who just completed their tenures and got elected into Senate. He continues representing Zamfara west during Goodluck Jonathan Presidency from 2010 to 2015 and Muhammadu Buhari Presidency from 2015 to 2019.

The author supplies analysis of Ahmad Rufa’i Sani’s Presidential ambition. Some of the areas explored include the development of his aspiration in 2007 for presidential race of the then All Nigerian Peoples Party, ANPP, after a campaign tour of all 36 states in the country. His decision then, he said, was in deference to then candidate Muhammadu Buhari whom he always referred to as the right man for the job. He also rested his ambition in 2015 after President Buhari deferred to patriotic calls on him to take another shot at the presidency.

In 2014 Yarima declared that his home state will produce the president of the country by 2019 shortly after he picked his senatorial nomination form under the platform of All Progressives Congress (APC) at the state party secretariat in Gusau, the Zamfara State capital. When preparation of 2019 election is about to come, he told newsmen in Abuja that his announcement does not negate his avowed commitment to support President Buhari if he decides to re-contest the 2019 election. Finally, Buhari run-up to the February 2019 general elections and he was inaugurated for his second term on May 29, 2019.

Currently Ahmad Rufa’i Sani declares his ambition to contest for President of Nigeria under the flag bearer of APC. He admitted this in Bauchi onetime in January 2020 while he visited the family of Islamic Scholar, Sheikh Dahiru Usman Bauchi over the death of his wife and the family of late Prime Minister, Abubakar Tafawa Balewa over the death of his last surviving wife. When he restated his resolve to contest he said various political groups in different parts of the country had approached him to contest the position, adding that he responded indifferently but queried them over the timing while most of them urged him to declare his ambition early enough as it is done in developed climes. Amend

In conclusion, the book reviews Ahmad Rufa’i Sani’s nine-point agenda for 2007 presidential contest and his planning to amend them in order to suit the current situation of Nigeria. For instance, as governor from 1999 to 2007, he initiated and executed ground-breaking poverty alleviation with Zamfara State Agency for Poverty Alleviation, ZAPA that created jobs and wealth in the state. This, he believes, is replicable at the national level if Nigerians give him their mandate in 2023.

Releasing: The author plans to launch the book into the marketplace, generate sales, and find ideal readers. It also, to release the book on additional platforms after the book launch, depending on platform sales. Ongoing marketing will include (but is not limited to) free promotions via social media mentions, giveaways via blog tours, and additional advertisement. The author will post announcements, updates, and release/launch information on his personal Facebook page and the book page.