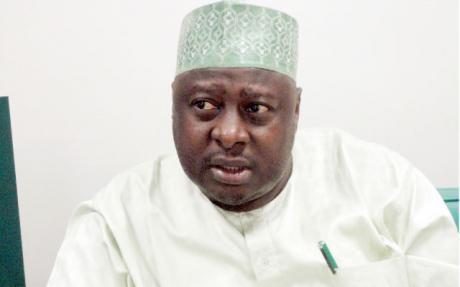 Gubernatorial Candidate of the People Democratic Party in the 2019 general elections in Kaduna State has lend his voice by calling on President Muhammadu Buhari to rejig the security architecture of the nation.

Hon Ashiru stated this in a press statement he signed in Kaduna.

According to the statement, Hon Ahsiru Kudan said “President Muhammadu Buhari should heed to wise counsel and rejig the security architecture of the nation without further delay. The current set of service chiefs have done their best, but they must give way for fresh hands and certainly new ideas. Their continued stay is weighing heavily and negatively on the morale of the men and officers of armed forces and this is not desirable at this crucial moment”.

The gubernatorial candidate who lost to incumbent Nasiru Ahmad El Rufai in the elections, also lamented the spate of killings in some local government areas of Kaduna State, saying “In the past one week alone, a sizeable number of people have been gruesomely murdered, maimed or kidnapped across various communities in Chikun, Igabi, Zangon Kataf, Kaura, Jema’a, Giwa, B/Gwari and Kajuru Local Government Areas”.

Isa Ashiru said, “the State Government must change gear to demonstrate responsible leadership by showing empathy and giving assurances for the safety of the people, instead of making excuses and inflammatory remarks at this time when courageous leadership is needed.

He therefore, advised the state government “to not only consult, but work with relevant stakeholders; traditional leaders, community development associations, pressure groups, opinion leaders, in the best interest of the people and the state. Where this continues to be lacking, the people perish”.

The PDP stalwart commiserated “with all victims of violence and banditry in our state and pray that Almighty Allah will heal those injured. I urge everyone to be calm, vigilant and cooperate with security agencies to end the cycle of bloodshed. Remember that eternal vigilance is the price for lasting peace; the statement concluded.