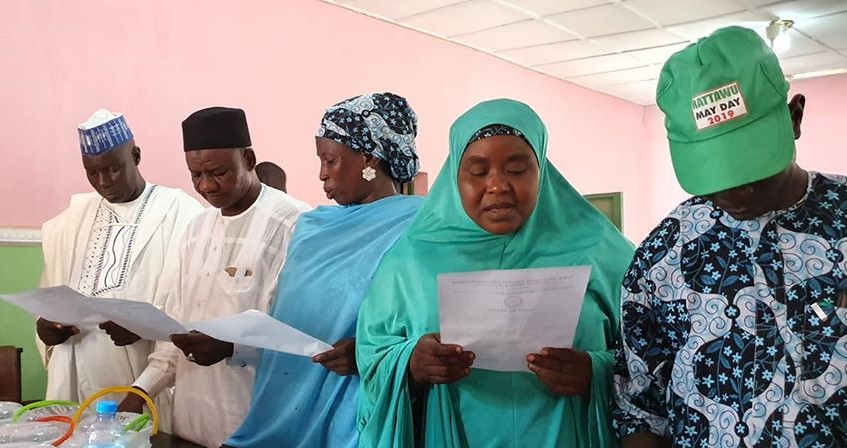 According to the statement, the one-day event lasted in a very peaceful atmosphere, and had Comrade Ibrahim Bello Garba Gusau emerged as the winner of Chairman’s position.

The Commissioner assert the State Government’s assurance of its continuous support and cooperation in all activities of the Union.

According to him, Governor Bello Matawalle’s administration accords top priority attention translating his bid to revitalize the information management sector to global standard.

Alh Anka called on members of RATTAWU in the state, as information managers, to always ensure disseminating the right information towards enhancing government policies and programs.

The statement revealed that the Chairman Election Committee, National Vice President Comrade Abubakar Chika, said they were shouldered with the responsibilities of conducting the State Delegates Conference in Zamfara sequel to the expiration of the tenure of the State Council of the Union Officials. He, therefore, called on delegates to demonstrate higher level discipline and maturity as enshrined in the Union’ Constitution.

Chika also said the National leadership of the Union under President Dr. Kabir Garba Tsanni is at the peak level of educating its members on the spirit of discipline, loyalty and understanding, especially on the issues affecting members’ rights and eligibility of their participation or otherwise in all matters directly related to the Union.

It concluded with separate goodwill messages by the Honourable Special Adviser to the Governor in charge of Directorate of Labour Matters, Comrade Bello Galadima Maguru and the State Chairman of the Nigeria Labour Congress (NLC), Comrade Bashir Muhammad Mafara, congratulated the incoming officials and thanked the outgoing leadership of the Union for their contributions to the development of labour movement in the State and Country in general.

All comrades representing all Chapels of the Union unanimously showed their solidarity to their victory and wished them success in the discharge of their responsibilities in the next coming three years (2020-2023).