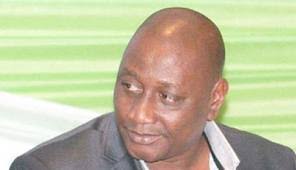 Kano State Executive Council has approved N490 million for the extension of Shimar Bridge along Karfi-Rano Road to avoid its total collapse due to the heavy rainfall being experienced this year.

Kano Information Commissioner Muhammad Garba made this known while briefing newsmen on the outcome of the council’s meeting held at the Government House, Kano.

Garba said the council also gave it’s nod for the construction of an ultra-modern and multi-purpose shopping mall at former Daula Hotel premises in Kano metropolis.

He disclosed that the sum of N338,948,178.80 million has been approved by the Council as the Kano state counterpart funding for the implementation of the 2020 Health Memorandum of Understanding (MoU) Work Plan for the overarching objective of improving healthcare delivery.

He stated that other approvals include the release of funds for the award of contract for the revised estimated cost of N724,181,938.65 million for the underpass and flyover at former Dangi roundabout along Zaria Road in Kano metropolis.

The commissioner noted that, the work includes among others, increase in main drainage to connect to a safer discharge point at Geza/Tukuntawa area, additional walkways, surface drainage, sub-base and stone base, and the reconstruction of Ibrahim Dabo and Bala Borodo roads.

Garba said the Council approved the release of N27,354,000.00 million for the production of two million assorted seedlings for distribution to farmers across the state and the general public, with a view to achieving green and healthy environment.

He also added that, N17 million has been approved for the production and enrichment planting of 30 hectres at some selected forests in the state with a view to arresting the menace of desert encroachment and environmental degradation challenges.

The commissioner further announced the Council’s approval for the release of N69,257,637.10 million as final death benefits (final pension for five years and gratuity) for the late Khadi Muhammad Khalil, who died on December 11, 2014.

CISLAC Working to Promote Business and Human Rights in Nigeria