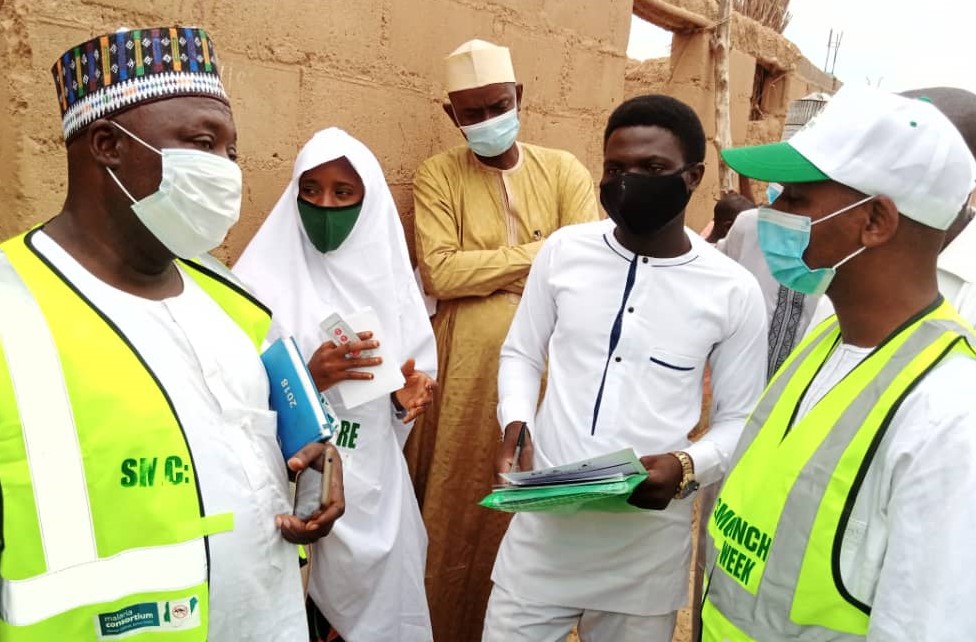 The Hon. Commissioner Ministry of Health Dr. Aminu Ibrahim Tsanyawa has commended Kano State government under the leadership of His Excellency Dr. Abdullahi Umar Ganduje OFR for according priorities on improving health care delivery in the state; this was contained in a press release signed by Hadiza Namadi, Information Officer, Kano State Ministry of Health.

The statement said Dr. Tsanyawa made the commendation while supervising the Seasonal Malaria Chemoprevention (SMC) exercise being conducted this year over the 44 L.G.A in Kano State, in four cycles of 4 days per month from July to October 2020.

Dr. Tsanyawa stated that the Seasonal Malaria Chemoprevention (SMC) was recommended by W.H.O because of the high rate of Malaria, therefore a strategy for prevention of Malaria transmission among children under the age of 5, it was adopted in Nigeria in 2014 and since then SMC was implemented in some of the L.G.A across Sahelian Region of the country during the peak season of transmission (Raining season).

He explained that the exercise entails the administration of sulfadoxine-pyrimethamine plus Amodiaquine (SPAQ) to children 3 to 59 months and that the drug prevents severe case of Malaria and Anemia among the vulnerable, the drug is safe and free of charge.

In addition to the SMC, Maternal and Neonatal and Child Health Week (MNCH) Campaign is also going on targeting pregnant women and children under the age of 5 so as to increase coverage of some important preventive and curative health indicators that allow Mothers and their Children to thrive and develop as well as to benefit from free MNCH services available at primary, secondary, and selected private health facilities.

Maternal Newborn and Child Health Campaign is a week-long event during which range of high impact low cost interventions are offered to pregnant women and children under the age of 5, including Vitamin A supplementation, De worming of Children, Immunization of children under 5, nutritional status screening and Distribution of Long-lasting Insecticide treated Nets (LLINs).

household key practices such as hand washing, personal hygiene, exclusive breast feeding, correct and consistent use of LLIN among other things.

Dr. Tsanyawa called on the public to avail themselves to this important opportunity, he also urged the good people of Kano State to strictly observe covid-19 guidelines and protocols of maintaining social distancing, regular hand washing, use of sanitizer and face mask.