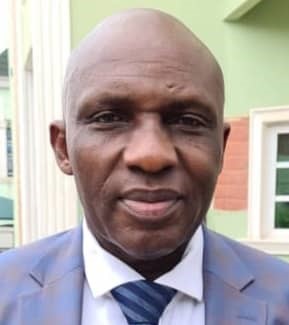 The immediate past Deputy Inspector General of Police, Operations, Mr. Joshak Habila, has been appointed Director, Election Security and Regional Stabilisation for the Dantiye Centre of Good Leadership and Journalism (DCLJ).

The appointment was contained in a letter released on Thursday and signed by the Chairman of the Board of Trustees of the DCLJ, Emeritus Professor Munzali Jibril.

The letter said Habila’s appointment was in recognition of his outstanding work and stature as an accomplished police officer.

“We note with pride,” Jibril said, “your over 30 years’ experience in electoral security and intelligence response, drafting policy guidelines on issues of the moment especially in managing security and electoral issues both in Nigeria and the West African Sub-region.”

The DCLJ Chairman said the centre was pleased to have Habila on board at a time when it was forging new partnerships in Nigeria and across the subregion aimed at using journalism as a tool to deepen citizen’s engagement, good leadership, democracy and the rule of law.

Habila is regarded as one of the most valued police officers in election security and intelligence management, a subject on which he wrote his thesis at the University of Calabar in 2007.

It would be recalled that last week, the Dantiye Centre also announced the appointment of the former Minister of National Planning, Dr. Shamusuddeen Usman, as Honorary Economic and Regional Development Adviser.