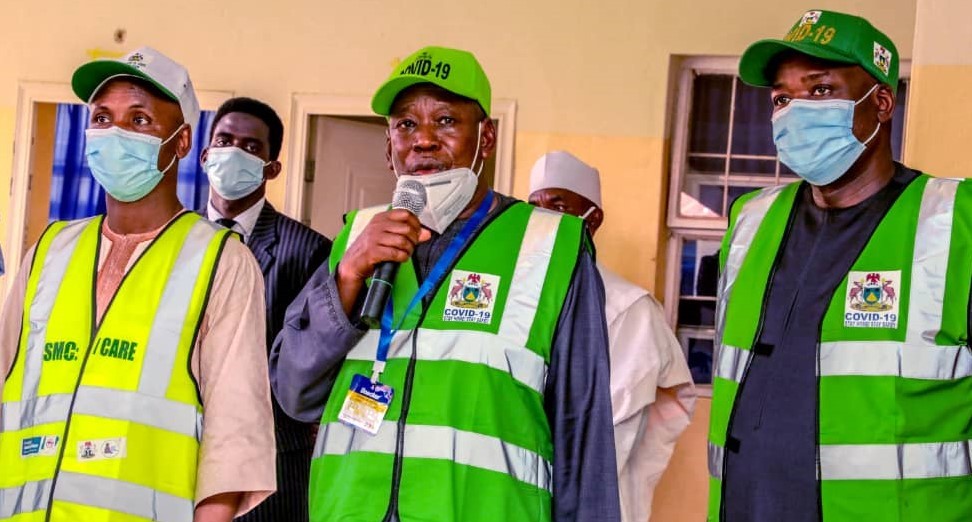 A press statement by Abba Anwar, the Chief Press Secretary to the Governor of Kano State revealed that while calling on the public to measure up in observing all the protocols as provided by health professionals, Governor Abdullahi Umar Ganduje OFR said the state would soon isolate covid-19.

He made the assertion during the taking over ceremony of the renovated ‘Yar Gaya Isolation Centre by Alhaji Mudassir Idris, the Chairman of MUDATEX Foundation, as part of the company’s corporate social responsibility intervention.

“This Isolation Centre was effectively utilized during the Ebola and Lassa Fever crises; it caters to patients from other neighbouring states like Jigawa and Katsina. The Centre later became dilapidated, but on the basis of corporate social responsibility, Mudatex Chairman, Mudassir Idris came to the rescue of the Centre”.

Due to the high-tech equipment in center through renovation, the 20-bedded Negative Pressure Infectious Diseases/Isolation Centre has the capacity of managing any disease that is air borne; all the rooms are airtight.

“I cannot also finish my remarks without thanking Doctors Without Border, for their effort in coming to the help of this all-important Isolation Centre. They provided Incinerators, which is an added advantage in this response,” he said.

While disclosing that the state provided transformer through the Ministry of Rural and Community Development, “the Centre is now connected to National Grid, we are happy to say that we have access to electricity,” governor Ganduje appreciated.

In his remarks, the Chairman of MUDATEX, thanked the state government for giving all the necessary enabling environment for ease of doing business in the state.

Adding that “When the federal government came up with a policy of helping local manufacturers to continue helping the country, particularly in the area of textile, I came to the governor requesting for piece of land for my potential textile.

Within no time he gave me the land and very soon machines will start coming from abroad. When completed the textile could provide job for over 10,000 people. So, we are also doing our best to help the state in that aspect.”

The Chairman of Mudatex said, when governor Ganduje called for concerned people and organizations to make contributions in the spirit of fighting against covid-19 pandemic, “I decided to come and facelift this Isolation Centre, as part of my contribution to my state. A state that is blessed with a focused leader, in person of our dogged, committed and patriotic Governor, Dr Abdullahi Umar Ganduje.”