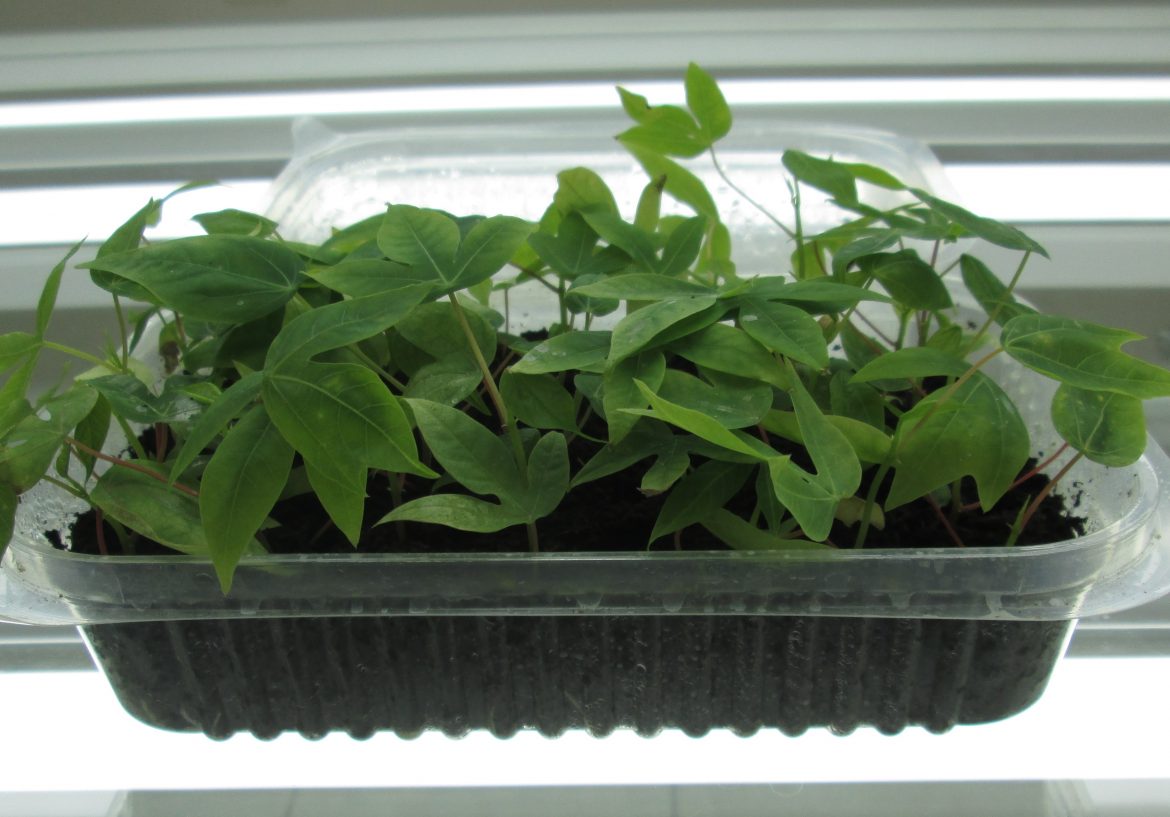 The Federal Government of Nigeria has commended the International Institute of Tropical Agriculture (IITA) and its partners for their impact on the Nigerian seed system especially in the cassava sector. The commendation came during the IITA launched second phase of the Building an Economically Sustainable and Integrated Cassava Seed Systems (BASIC II) virtually on the campus of IITA in Ibadan.

The first phase of the project, BASICS-I, which lasted between 2015 and 2020, facilitated the development of more than 160 commercial seed entrepreneurs in Nigeria. These seed entrepreneurs are now growing cassava with the primary aim of producing and selling stems—an activity that is generating income and creating wealth in cassava growing communities.

Speaking during the launch, Nigeria’s Minister of Agriculture and Rural Development, Alhaji Sabo Nanono, lauded BASICS-I, saying it did not only achieve its set objectives within its duration period, but also led to the development of such novel ICT technologies like National Seed Tracker which makes it easier for stakeholders to monitor seed quality, cassava Third Party seed certification system which will guide the process of decentralized seed certification in Nigeria; and establishment of a molecular diagnostic laboratory for virus testing atthe National Agricultural Seed Council (NASC) headquarters in Sheda, Abuja.

He said that the birth of BASICS-II accentuates the fact that the BASICS financier saw the need to consolidate on the achievements of BASIC-I, adding that it also meant Nigeria’s seed industry was garnering the necessary attention and intervention from other global seed stakeholders.

“On behalf of President Muhammadu Buhari, I want to express our deepest appreciation to the Bill and Melinda Gates Foundation for funding this great project, IITA for leading this project and other stakeholders, like the Nigerian National Root Crops Research Institute (NRCRI), Catholic Relief Services (CRS) and FERA (UK)” he added.

Declaring the Federal Government’s support for the new project, Alhaji Nanono said: “I want to assure you that in the implementation of this second phase, the Federal Ministry of Agriculture and Rural Development will continue to provide all the necessary support needed for the actualization of the project’s mission.”

He said the government would continue to support NASC to continue to play its role in the development and regulation of the National Seed industry. The signing into law of the Seed Act 2020 would widen the scope of NASC to play the true role of a regulatory agency and also strengthen the Nigeria’s seed system.

In his remarks, IITA DG, Dr. Nteranya Sanginga, stressed the imperative of a sustainable seed system due to the importance of cassava in Africa’s quest to attain food security. He urged the project team to ensure that the project is scaled and replicated to other African countries, adding that most of countries were already emulating Nigeria’s steps in the cassava sector.

“Work has started and I hope that in a few years’ time, BASICS-II will grow and become self-sustained”, he counselled the project team.

While giving an overview of BASICS-II, the Project Manager, Prof Lateef Sanni, said the goal of the project was to provide farmers with access to affordable, quality-assured seeds of the cassava varieties in demand by local food and processor markets through the establishment of a commercially viable seed value chain operating across breeder, foundation, and commercial seed levels.

According to him, “BASICS-II will create a more efficient dissemination and trigger the adoption of new varieties to improve productivity; raise incomes of cassava growers and seed entrepreneurs; enhance gender equity, and contribute to inclusive agricultural transformation in Nigeria and Tanzania.”

Why are EFCC’s Chairmen Always Booted Out from Office