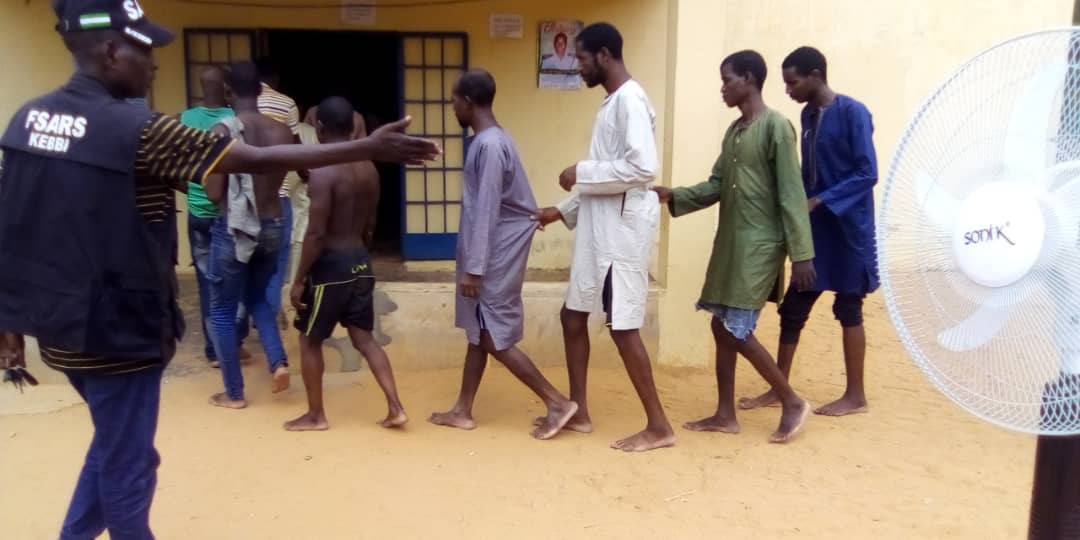 The Police Command in Kebbi State has arrested seven suspected rapists and one for sodomy in the state.

The Commissioner of Police, Agunbiade Oluyemi Lasore, made this known while briefing newsmen in Birnin Kebbi.

Agunbiade, said the arrests were made between May and June, 2020, adding that the period under review was challenging and eventful for the command but despite the daunting challenges, the command was able to crack down most of the criminal syndicates terrorizing the state and made quite a number of arrests.

CP Agunbiade said on May 10 and 30, one Musa Abubakar of Argungu LGA, 27 and Kabiru Hassan of Dandi LGA, 28, forcefully had carnal knowledge of girls aged 10 and 8, respectively.

Also, on June 3 and 4, one Mu’awuya Mohammed, 30, of Masama village in Gwandu LGA, and Shafi’u Garba,25, along with Kasimu Muhammad, 25, of Hadani village in Arewa LGA, forcefully had carnal knowledge of girls aged 12 and 14.

He added that on June 12, one Sa’idu Haruna, 25, from Funtua town in Katsina State, deceived a 9-year-old girl, took her to an uncompleted building in Bunza town of Birnin Kebbi LGA, with intention to buy pure water and forcefully had canal knowledge of her.

“Moreover, on June 17and 23, one Abbas Abubakar, 22, of Rasha area in Bunza LGA and Bello Yahaya, 23, lured a 3-year-old, and a 13-year-old, and had carnal knowledge of them respectively.

“All the suspected rapists have been arrested by the police and have confessed to the crime,” and they would be charged to court as soon as investigation is completed he said.

The Commissioner of Police added that the command had on June 25 arrested one Aliyu Hamidu, 25, of Gwandu LGA for sodomizing his 8-year-old brother. “The suspect has confessed to the crime and would soon be charged to court” he said.

He expressed dismay over the incessant cases of rape and other sexual and gender- based violence in the state. “These are barbaric in nature and the perpetrators of such crimes should fear Allah and desist forthwith or face the full wrath of the law, he warned.