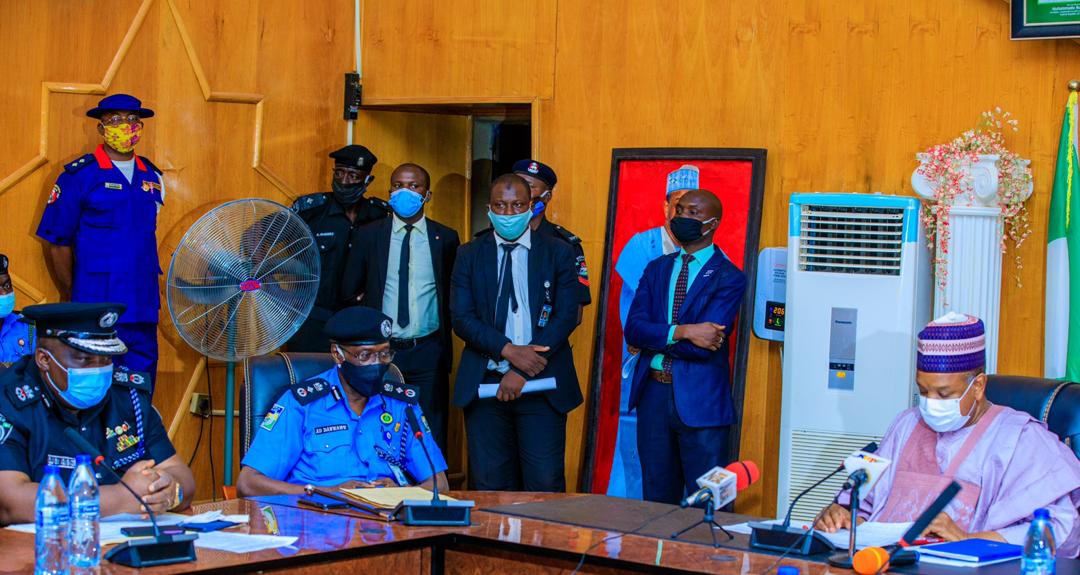 Kebbi State Governor Atiku Bagudu, has inaugurated a 16-Member State Community Policing Advisory Committee to further bolster the security of lives and properties of the people in the state.

The epic committee is headed by the State Commissioner of Police, Mr Agunbiade Oluyemi Lasore, while the Emir of Gwandu, Alhaji Muhammdu Ilyasu Bashar is to serve as Co-Chairman.

Speaking shortly after the inauguration of the committee, Bagudu underscored the need for the general involvement of the various communities in the state in ensuring the safety of lives and properties of the citizens.

The Governor said the concept of Community Policing is the vogue globally, hence, it is highly exciting to have it in Nigeria. According to him, “President Muhammadu Buhari deserves myriad of accolades for approving the initiative and same accolades goes to the IGP and his team for initiating the Community Policing and providing a workable concept that is globally practiced”.

Bagudu noted that, with community Policing; both the police and communities will ensure lasting peace and unity in the society. “communities can also diligently protect themselves from criminality and other social vices. Everyone one is therefore responsibly carried along in this direction”, he added.

The governor recalled that, the National Bureau of Statistics had two years ago declared Kebbi State as the most peaceful state in Nigeria, adding that, it was a plus for community Policing.

He said the Agency had also in 2019 ranked the state as the most prosperous in the Northwest, as well as the nineteenth in the country’s poverty ranking.

Earlier, in his welcome address, the State Commissioner of Police, CP Agunbiade Oluyemi Lasore described Kebbi State as the most peaceful state in the country attributing it to the peaceful nature and hospitality of the people and purposeful leadership of Governor Atiku Bagudu.

He said the implementation of Community Policing Policy by the Inspector General of Police, IGP Muhammad Adamu marks the beginning of conferring ownership of policing to the community, thus the communities become the owners of their own police.

He said the fundamental feature of Community Policing lies on the fact it fosters and promotes inclusive and interactive relationship between the police, other security agencies and the community, thereby instilling trust and confidence as well as encouraging and promoting partnership, transparency, accountability and problem solving relating to deviant behaviors and criminality in the communities.

In his remarks, the emir of Gwandu and the Chairman Kebbi State Council of Chiefs, Alhaji Muhammdu Iliyasu Bashar expressed delight that Kebbi remains the most peaceful state in the country promising to sustain the peaceful nature of the state.

DIG Danwawu pointed out that the end result of the Community Policing initiative would go a long way in checking criminality including social vices.

The 16-Member Committee include:

Gender Based Violence: Dr. Zainab Bagudu Calls for a Step-Up Advocacy at Grassroots